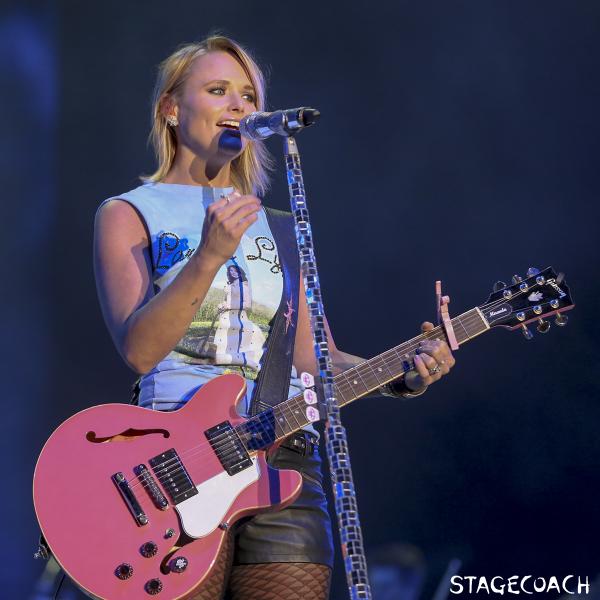 According to a statement on Miranda Lambert's Facebook page, the singer was forced to postpone a performance set for tomorrow (July 9th) at the Calgary Stampede.

We are all pulling for Miranda Lambert as she suffers from a workplace hazard, inflammation of her vocal cords.

Lambert was forced to postpone a concert scheduled for Thursday (July 9th) at the Calgary Stampede after her physician said she would be “unable to perform due to serious inflammation of her vocal cords,” according to a statement on the venue’s Facebook page.

“I’m so sorry that I can’t be at Stampede this week, but I’ll be back in Calgary just as soon as I can for all of my Stampede fans,” Lambert said in the statement.

In a statement on her website, Lambert adds, “I can’t believe this is happening … Thanks for all your posts and well wishes. I promise I will do everything to get better quickly!”

The decision came quickly; a Tuesday afternoon post on her Facebook page urged fans to share “All Kinds of Kinds” photos for a chance to have them on the concert screens. Twelve hours later the performance was canceled.

The venue was also very apologetic to Lambert’s disappointed, but concerned, fans.

“We understand that this news is disappointing for fans,” says Paul Rosenberg, chief operating officer of the Calgary Stampede. “We will know more about rescheduling the concert later.”

The “Little Red Wagon” singer has been playing festivals for most of the summer. Her official Roadside Bars & Pink Guitars tour starts this fall and will include RaeLynn, Ashley Monroe, Clare Dunn and Courtney Cole. For the past year Lambert has talked about taking an active role in helping new female artists break into country music.

“I really support female artists in any genre, especially country music right now,” Lambert says. “I’ve taken girls on tour for a long time, and I want to continue to do that because I feel like I can give them a platform.”