Vince Gill to be Honored Through Guitar Center’s RockWalk 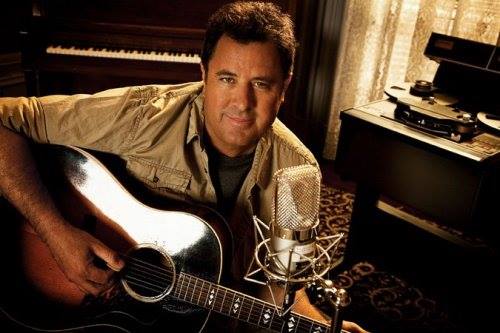 Vince Gill will be inducted to the RockWalk in a ceremony next month (Feb).

Others that have been inducted in the past include Eric Clapton, Jimmy Page, Carlos Santana, Johnny Cash, Marvin Gaye, James Brown, B.B. King and Stevie Wonder.

“It is an absolute honor to be chosen by my peers to be inducted into Guitar Center’s RockWalk,” Gill says in a press release. “I’ve always been grateful to be able to spend my life doing what I love to do, and to be recognized in such a monumental way — cemented next to the legendary artists reflected on the RockWalk — is a moment I could never have imagined when I picked up that very first guitar.”

Vince Gill and Lyle Lovett are teaming up for a 13 city tour that will take place through February and March of this year. Each show will be a series of intimate solo and duo performances, during which the artists will serve as their own accompanists.

“For a night like this, there is no plan,” Gill said. “I know Lyle won’t have a plan, and I won’t either. What he plays will inspire me, and probably vice-versa. It’ll be like playing ping-pong. Whatever song he chooses to sing will inspire the next song that comes out of me.”

“I enjoy shows that are not planned out,” Lovett observes. “This will be two songwriters in the round. It’s informal, so there will be lots of ad-libbing. It will be like little snapshots of our experiences.”

Gill is also set to release a new solo album, Down to My Last Bad Habit on Feb. 12.