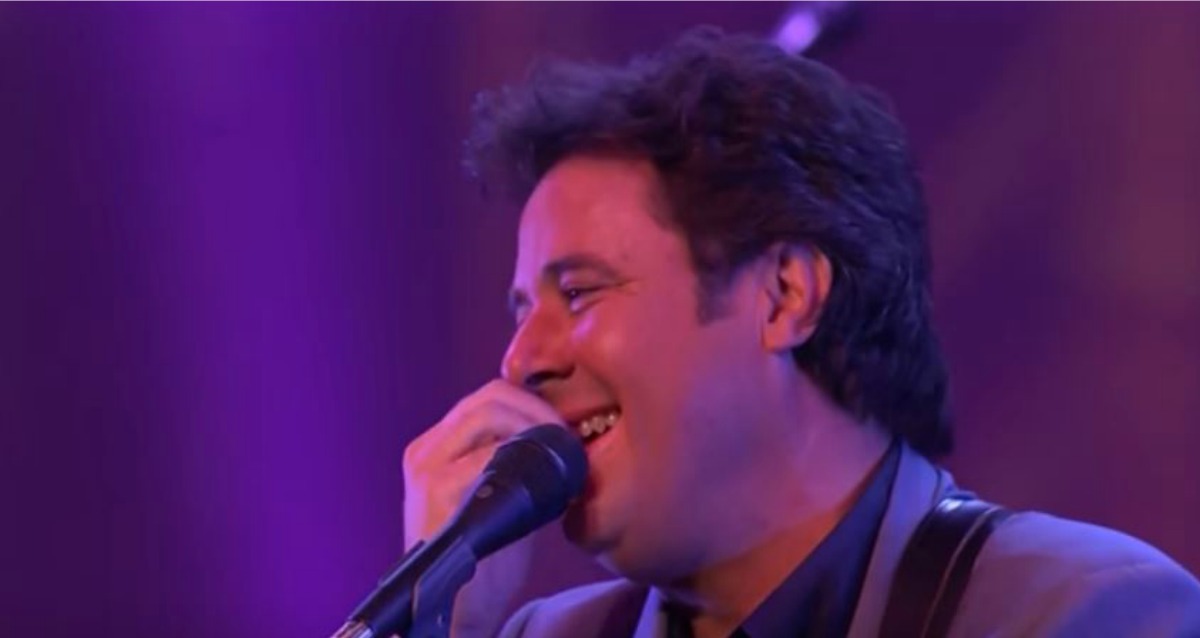 The father of famous singer and songwriter Vince Gill did not make a living playing music, although he did pick up a guitar now and again. The senior Gill was a stern federal judge that had a soft spot he didn’t really let out. That soft spot was his love for the country music queen herself Dolly Parton.

In the video below Gill tells the story of the time his father got to meet one of his favorite musicians, Dolly Parton,  and his impression is a delight to hear for the live audience. Apparently Gill’s dad was a chain-smoking, gruff sounding man that had frustrations with his musical abilities.

“My dad was a frustrated guitar picker and he tried to play the banjo too and he cussed Earl Scruggs most of his life” Gill recalls while taking a puff off of a mimed cigarette.

Gill laughs that his dad sat him down when he was five-years old and showed him the three chords that he knew then said “that’s all I know, you are on your own here on out”.

It’s safe to say that Gill did a good job of figuring it out on his own!

Gill told the audience that there was always music in his family. Even his mom played an instrument, the harmonica, but could only last for two songs before she ran out of breath. Gill said his brother played music and even his grandmother played piano at church.

A family activity that the Gills loved doing was watching the old country music variety shows of the 60’s, especially The Porter Wagoner Show. This show in particular is credited with launching the career of Dolly Parton, so it’s no wonder Gill’s dad grew fond of the blonde singer while the family religiously watched the show.

20 years later, Gill and his dad were reminiscing and he asked him to play a Porter Wagoner song to which his dad replied he didn’t know any. Gill told his father that they watched the show every weekend and his dad replied “I was watching Dolly” (not Porter Wagoner), the live audience listening to Gill tell the story thought that was pretty funny.

In 1995 Gill’s dad got to meet Dolly while she and Vince were recording a duet version of “I Will Always Love You”.

The story of how his dad handled that meeting is pretty great and you can hear it for yourself below!