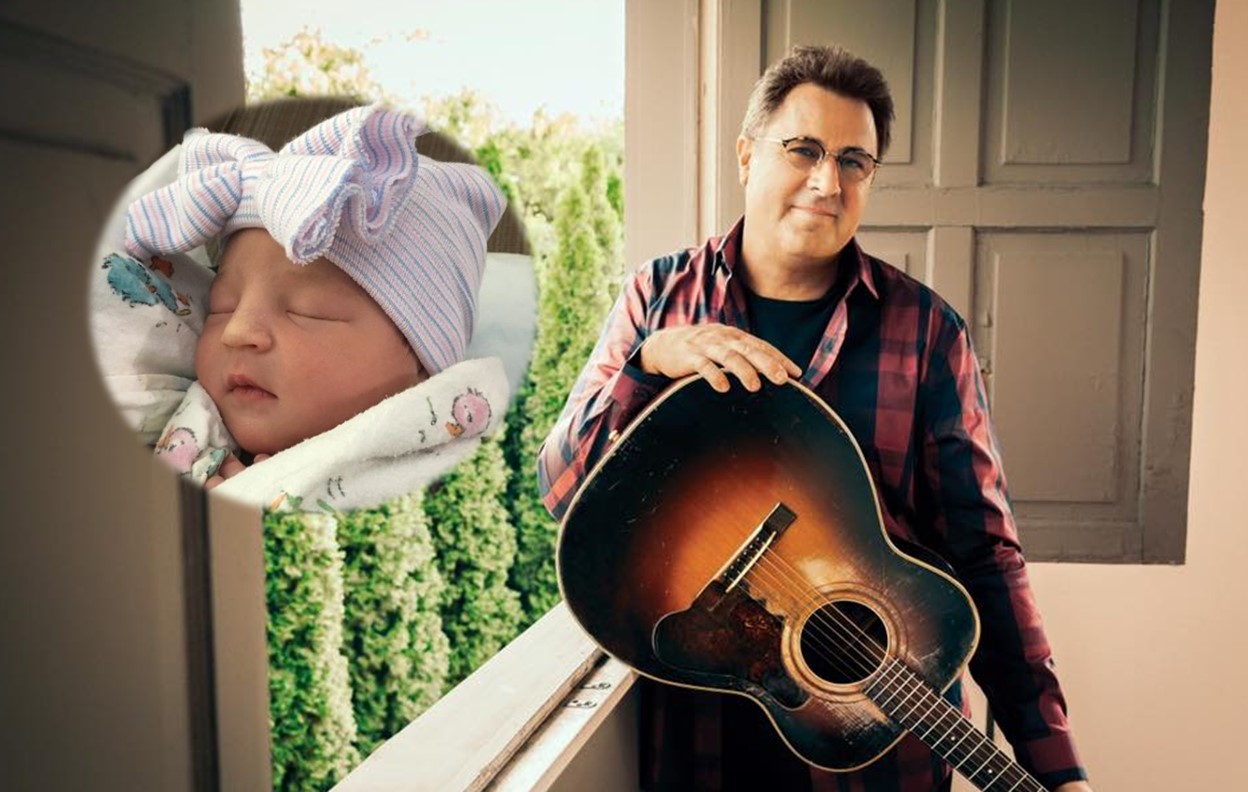 Country music star Vince Gill welcomed his first granddaughter into the world on Friday. Now he's the proud grandfather of two little ones!

Country music icon Vince Gill had quite the weekend, his first granddaughter was born on Friday afternoon! Gill’s daughter Jenny and her husband Josh Van Valkenburg welcomed Everly June Van Valkenburg into the world. The couple also have a 3-year-old son named Wyatt.

Welcome to the world sweet Everly June Van Valkenburg. Born 1/12/18 at 5:32pm. She's perfect and we cannot be happier!!

Big Brother and Little Sister Meet for the First Time!

Jenny is Vince’s daughter from his first marriage to country music singer Janis Oliver of Sweethearts of the Rodeo. Check out some snapshots Jenny has captured of her famous father on grandfather duty below!

Grandad wanted to take Wyatt to the toy store to looks at trains. #vinceandwyatt

Pretty cute if you ask me. #Wyatt #granddad

The boys are bonding #wyatt

Back in May, Vince, Jenny, and Corinna Gill, performed the national anthem during the Nashville Predators’ playoff series. Enjoy watching the musically talented trio perform in the following video!

Congrats to Jenny and Josh on the arrival of their daughter! Share this news with other country music fans.