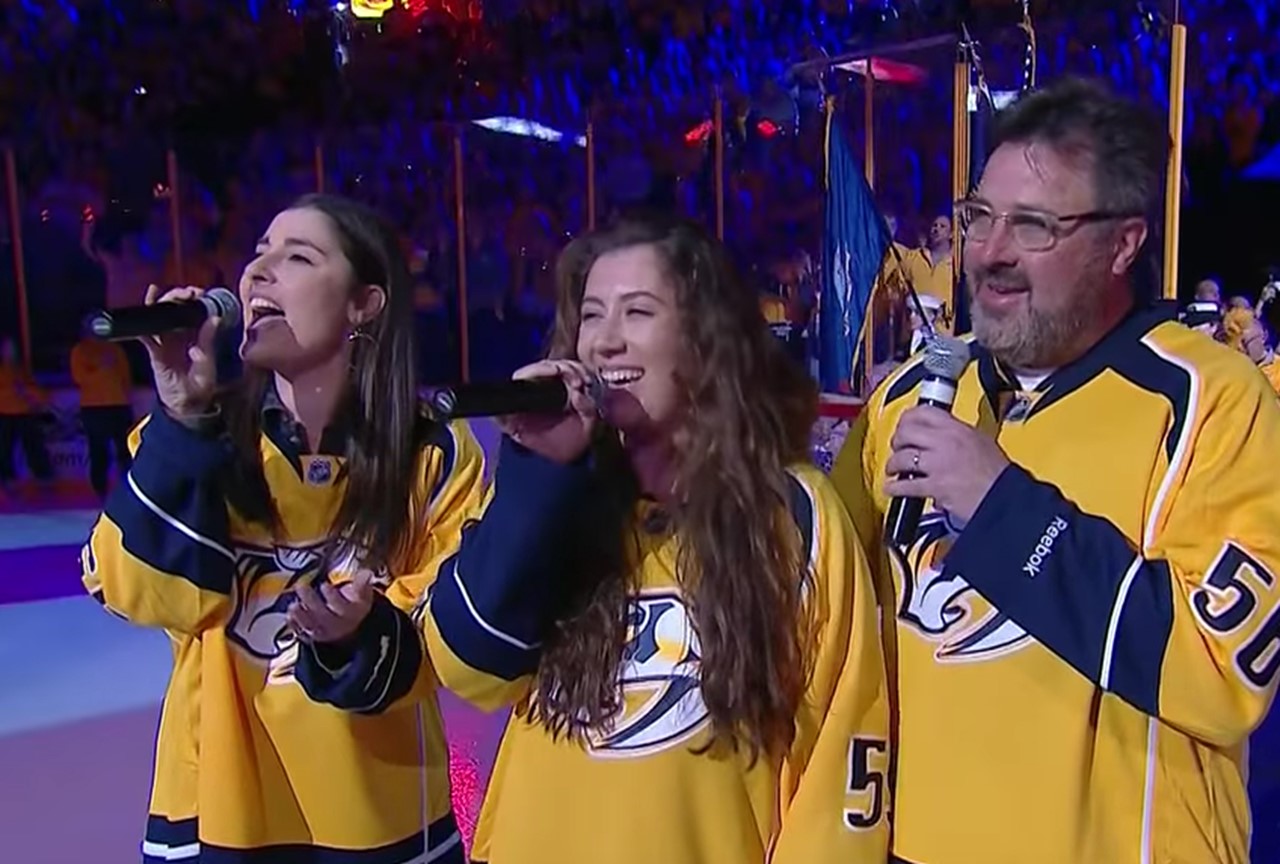 The Nashville Predators can tout a loyal and talented fan base. Watch Vince Gill perform the national anthem with his two daughters!

The Nashville Predators beat out the St. Louis Blues at home on Tuesday night. Currently, the Nashville-based team leads Round 2 of the Stanley Cup playoff series 2-1. During the exciting playoff rounds, country music superstars Carrie Underwood and Luke Bryan along with country music group Little Big Town have all thrilled the energetic crowd with soaring performances of “The Star-Spangled Banner” prior to the start of the matchup. Last night, Vince Gill— also one of the hockey franchises most loyal supporters— performed the patriotic tune with his oldest daughter, Jenny, and youngest daughter, Corrina.

Jenny, whose mother is Vince’s first wife Sweethearts of the Rodeo singer Janice Oliver, is currently pursuing her own music career. Corrina, Gill’s daughter with Amy Grant, looks and sounds so much like her famous mother, it’s incredible.

Before hitting the ice to perform, the Gills scored the support of fellow country star and hockey fanatic Dierks Bentley. “Looking forward to watching @vincegillofficial do his thing tonight. Love to hear what he is saying..he has some serious trash talking game! #smashville @predsnhl #GoPreds,” Bentley posted to Instagram.

Looking forward to watching @vincegillofficial do his thing tonight. Love to hear what he is saying..he has some serious trash talking game! #smashville @predsnhl #GoPreds

The Gill family’s national anthem wasn’t the only musical highlight of the night, Carrie Underwood was also on hand cheering on her Nashville Predators honey, husband Mike Fisher. Yes, that’s Carrie and her lady friends singing DJ Khaled’s 2010 hit song “All I Do Is Win.” She couldn’t resist sharing her lively victory celebration via Instagram.

Share these special moments with other country music fans!