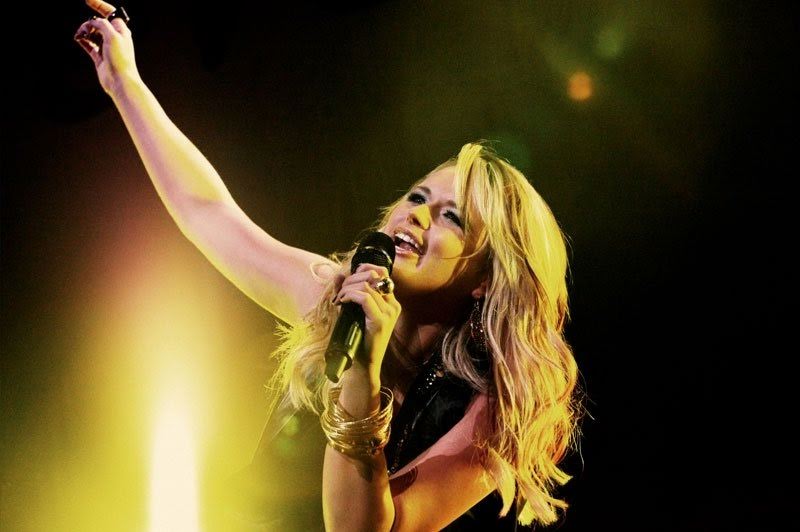 As Bob Saget told the audience at the Kennedy Center Honors ceremony that the Eagles were not in attendance because of member Glenn Frey’s intestinal surgery, he ended the disappointing sentence with an introduction of Miranda Lambert. This hopefully softened the blow as the audience was treated to a beautiful and haunting version of “Desperado” sung by Lambert.

“Desperado” is the title track from the Eagle’s 1973 album, written by Frey and Don Henley. Lambert stood alone, center stage with a piano accompaniment to the side. She gave the song the simple elegance it deserved and sang beautifully and emotionally to the lyrics. She looked stunning and professional in an all black ensemble; she did the Eagles proud.

Lambert has been in the news a lot recently, although it has been her love life on display in equal parts to her musical career. Lambert and ex-husband Blake Shelton split late last year and she has been taking the whole thing with grace and poise, urging fans to “not take a side”.

The reason for the split has not been confirmed. However, it is reported that Lambert is now dating singer Anderson East and she posted a photo of them with the caption “the snuggle is real”. A source says the couple started dating over two months ago.

Lambert’s latest single “Bathroom Sink” was written by Lambert on an airplane. The song is an anthem about strength and the reality of being a woman and needing to be strong. She performed the tune live at the CMA Awards on Nov. 4. She also won the CMA for Female Vocalist of the Year. On top of all that, she was recently named by Forbes as the eighth top-earning woman in music for 2015 with $28.5 million.

We think Miranda Lambert is going to be just fine in 2016 :)