Tyler Farr’s Next Album Will Be Produced by Jason Aldean! 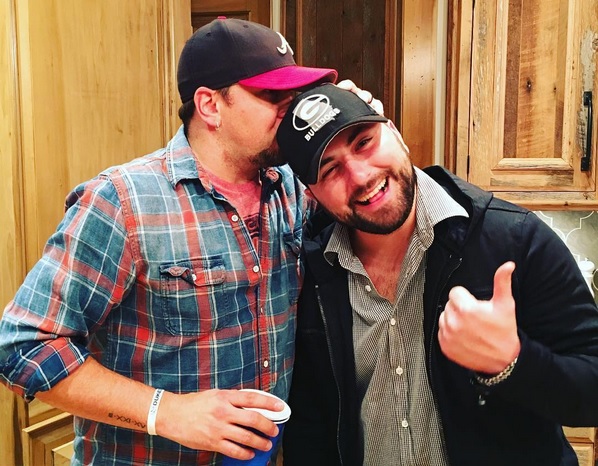 Jason Aldean will be in the producer's chair for the next Tyler Farr record.

Tyler Farr has had a rough go lately with his vocal cords and performance career. Farr returned to the stage this past Sunday (May 15) for the first time after vocal cord surgery at the iconic Tootsie’s Orchid Lounge in Nashville.

However, now that he is back, Tyler Farr is ready to get the momentum rolling again for his fans. He revealed before the Sunday show that he has been working with his friend and fellow musician Jason Aldean to get his next record ready to make a big splash in the music scene.

Farr admits that Aldean was not pulling any punches either on the recovering singer.

“He was pretty hard on me,” Farr said of Aldean. “We’d go from pretty much sunup to sundown every day, and he was very persistent on finding what he wanted out of my voice and what he wanted to capture.”

So far four songs have been recorded for the upcoming album, which promises to showcase Farr’s new found range after having the surgery.

“Not only did I get back my range I had before, but I got five and a half notes higher than I’ve ever been able to sing,” Farr admitted.

Farr and Aldean’s friendship runs deep and it’s one that Farr really appreciates.

Tyler Farr will join Brad Paisley on the Life Amplified World Tour. You can see dates below: