Tyler Farr & Chase Rice are Semi-Finalists for ‘New Artist of the Year’ Honor at the ACM Awards! 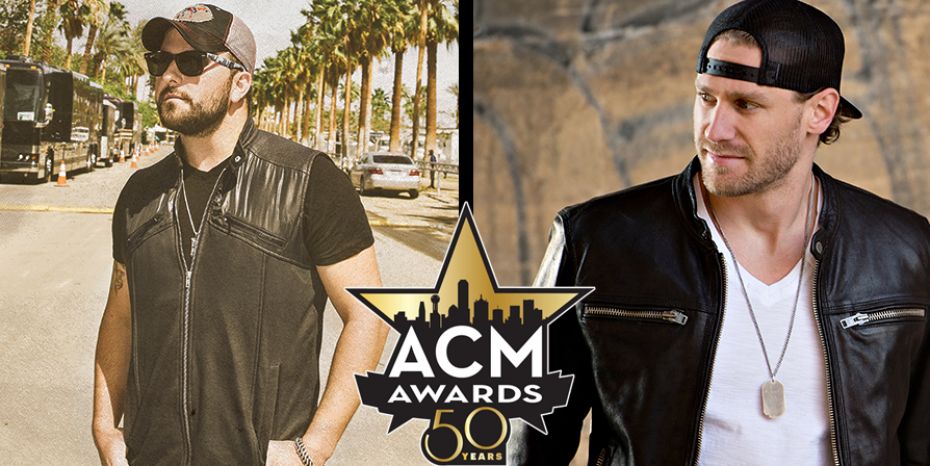 The Academy of Country Music has announced the ‘New Artist of the Year’ semi-finalists, and Sony Music Nashville’s Tyler Farr and Chase Rice made the cut along with Brett Eldredge, Sam Hunt, Kip Moore, Thomas Rhett, Cole Swindell, and Dan + Shay.

The eight semi-finalists were voted in by professional members of the ACM. Moving forward, the final three nominees for the ACM ‘New Artist of the Year Award’ will be determined via the first round fan vote at VoteACM.com and voteacm.CMT.com, combined with the ACM professional membership vote. The final three nominees will then compete for the honor, with a final round of combined fan and ACM professional membership vote to determine the winner. The winner will be announced during the 50th Academy of Country Music Awards ceremony on Sunday, April 19, 2015 at 8:00 PM ET.

Fans can begin voting for ‘New Artist of the Year’ on Tuesday, January 27 at 1:00 PM ET at VoteACM.com and voteacm.CMT.com. The first round of voting will close Tuesday, February 10 at 6:00 PM ET. The final round of fan voting begins April 8 and will close on April 19, stay tuned for exact details.

Country Music Fans have been able to cast their votes for several years now, but this year marks the first partnership between the ACM and CMT to collect votes on both VoteACM.com and voteacm.CMT.com. A very exciting move indeed.

Best of luck to Tyler Farr and Chase Rice!