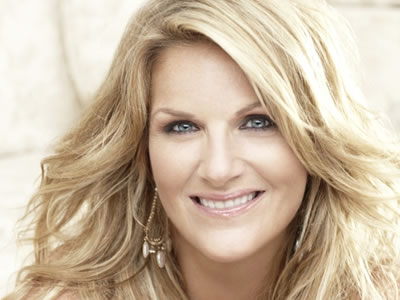 Trisha Yearwood is beloved by her many fans, and she knows how important being grateful for that is.

Being famous isn’t easy, at least that’s what Trisha Yearwood says and we are inclined to believe her. A typical day consists of getting up, doing interviews, visiting stores for book promotions, making it to sound check, and then delivering a show-stopping performance with husband Garth Brooks. O yes, all the while being extremely grateful for it all and trying to take it day by day.

“I don’t think too far ahead,” Yearwood tells a popular country music website.

“I’m enjoying everything I’m doing. I’m at a time in my life where I’m really grateful. I’m at a place where I realize that anything that happens that’s good is a blessing. And it’s not always that way. I just really enjoy it while it’s happening. I’m having fun with all of it.”

Gratitude is something we can all work on, and we don’t have nearly as much on our plate.

“The work is to make sure on a daily basis that everybody that you can possibly imagine that you can reach knows what you’re up to and what you’re doing. I get up in the morning. I usually do a radio interview early in the morning. I usually do a book signing, because I’m also a cookbook author, so I’m at some store, at a Wal-mart or a Williams Sonoma, for three hours, standing up, signing autographs and taking pictures for three hours. And then I go to sound check, which is the fun part because I get to sing.” Yearwood explains.

According to 2015, Yearwood is doing a fantastic job keeping all the plates spinning in the air. The singer was presented with the ASCAP Voice of Music Award, honoring her numerous musical achievements, during a special ceremony held in early November.

“I have such reverence and respect for songwriters,” Yearwood says of the ASCAP award. “I was doing demos for them long before I had my first record deal. They were friends to me on my first album. New artists back in the ‘90s, on their first album, they didn’t always get top-drawer songs. But they knew me, so they gave me good songs …”

She and husband Garth Brooks were also inducted into the Music City Walk of Fame in October, which was the first time that a married couple has received the honor together.

Yearwood knows that you have to have a burning desire to achieve great things and you have to stop and be thankful for them when they happen.

“If you’re doing this [being a country music artist] because you feel like you have a burning desire to do it, then you’ll find a way to do it, no matter what,” Yearwood says.

“If you’re doing this because you’re thinking, ‘Hey, this will be really cool. I’ll be famous. I’ll be on YouTube,’ then you’ll probably quit, because it’s not easy to do for the long haul.”

Watch Trisha Yearwood below at the Grand Ole Opry singing one of her hits!