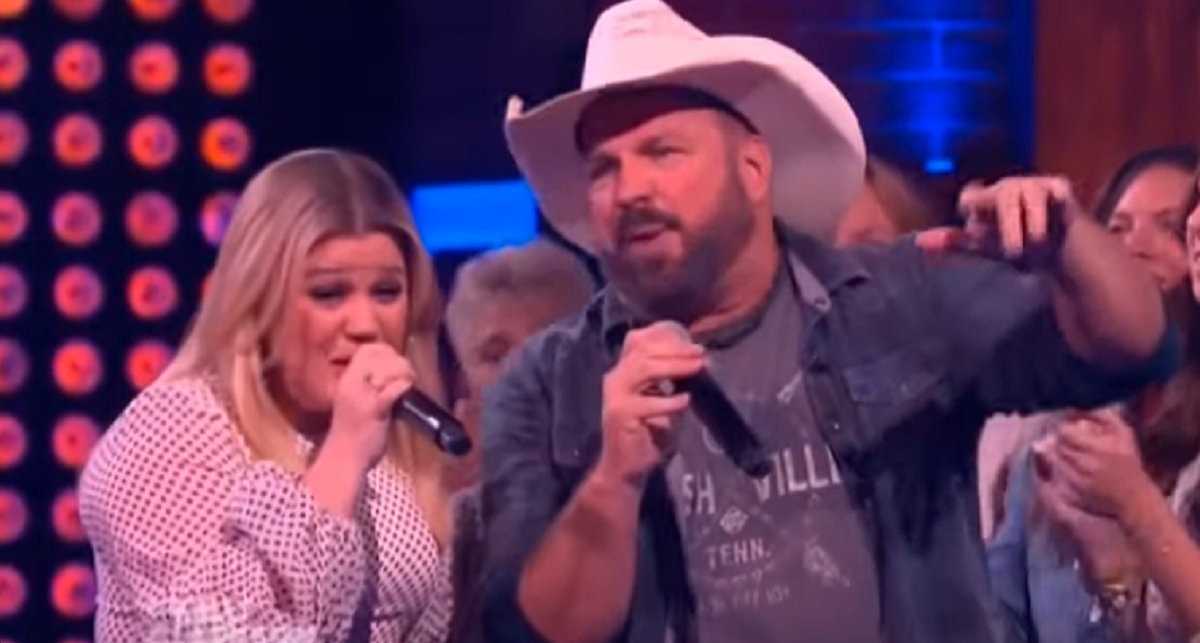 Garth Brooks Kelly Clarkson Show highlights – Garth appeared on Kelly’s show in November of 2019 as the only guest for the full hour and they both had plenty of fun.  Watch the top 3 highlights from Garth’s visit below.

In the first highlight, Garth makes Kelly cry.  Clarkson admitted that she never knew “To Make You Feel My Love” was originally a Bob Dylan song as no one in her family listened to Dylan growing up.  “I thought it was a Garth Brooks song — like, until I was 20,” she said.

Kelly Clarkson totally “fangirls” over Garth Brooks as he performs a variety of covers with his acoustic guitar, and she breaks down in tears listening to him sing Bob Dylan’s “To Make You Feel My Love,” which she always assumed was a Garth Brooks original.

Watch Kelly and Garth perform Brooks’ classic 1993 anthem “Ain’t Goin’ Down (‘Til the Sun Comes Up).”

Garth talks about recording with his wife, country singer Trisha Yearwood, on over 90 tracks as both backing and featured vocals. Funny enough, he says the one thing they passionately debate the most about is music, but that listening to a different opinion helps make him a stronger performer.

Remember to share these highlights with other Country Music fans.