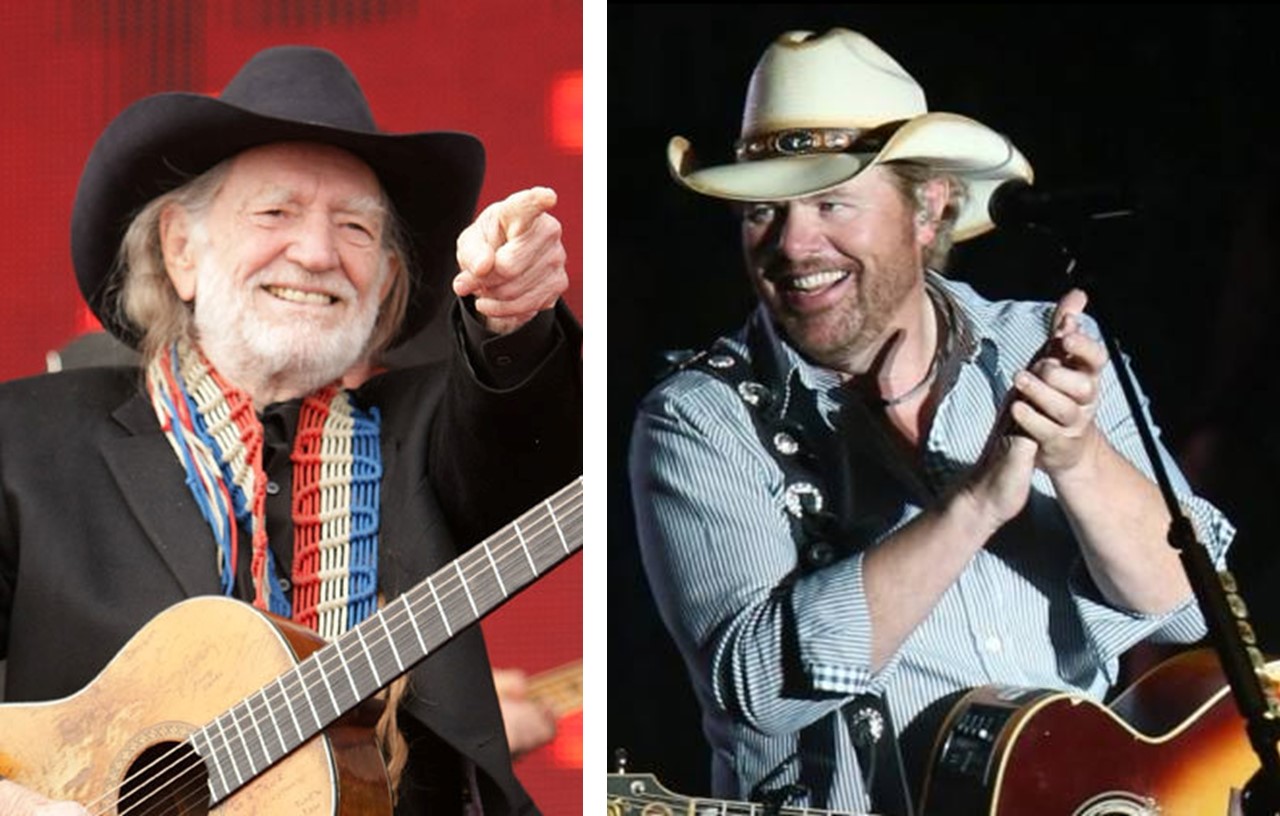 Country music star Toby Keith isn’t afraid to use his music to have a little fun. His latest tune, “Wacky Tobaccy,” is just the latest example of his humorous side.

“Wacky Tobaccy is a slogan, a saying that’s been around forever and no one has ever put it in a song,” Keith explained in a statement. “When we were working on it, somebody asked if the saying has ever been written in a song and I said, ‘no, but they will now.’ We recorded it and shot the video in Nashville. We got a cameo from Willie Nelson. We have a long-standing friendship. It’s fortunate that we got him. ‘Wacky Tobaccy’ is written to the screws, and it fits in with what we do every night with the party crowd.”

As one can expect, country music legend Willie Nelson makes a splash in the jovial official “Wacky Tobaccy” music video. The icon has also collaborated with Keith on the song “Beer For My Horses” in the past and inspired the Oklahoman’s tune “Weed With Willie.”

Enjoy their latest collaboration below!

This new release heralds more new music from Keith this year, which also sees the continuation of the Toby Keith Interstates & Tailgates Tour that filled venues across the country in 2016. View the full schedule below!

Be sure to share this silly song with other fans of these two stars!