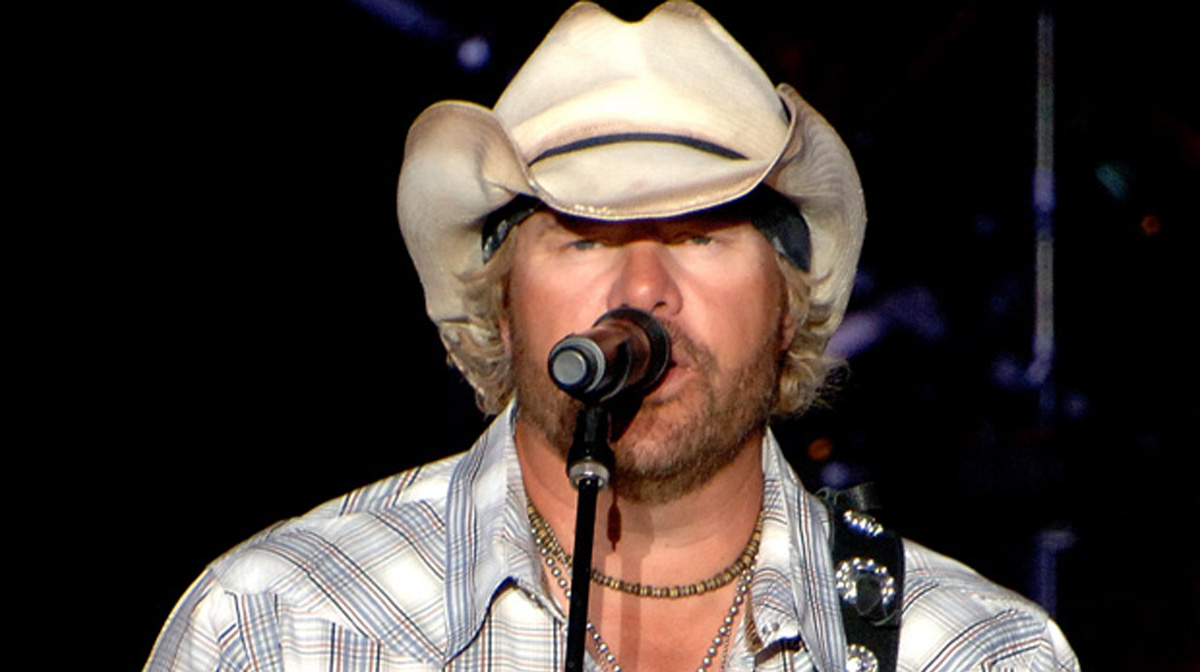 During a performance held at the historic Grand Ole Opry in May, Toby Keith belted out an impressive compilation of Merle Haggard‘s classics. He began with “Mama Tried,” then seamlessly transitioned into “Today I started Loving You Again,” followed by “Silver Wings,” I Think I’ll Just Stay Here And Drink,” Workin’ Man Blues,” and finally “Okie From Muskogee.”

Keith carries an incredible admiration for Haggard, who passed away in April on his 79th birthday after struggling with his health for some time. The “Red Solo Cup” singer truly believes Haggard was “the greatest singer and songwriter of his lifetime.”

The greatest singer songwriter of my lifetime is gone. Thanks for the music and friendship. R.I.P. Hag – T pic.twitter.com/Dncf3mmSdF

During one of Haggard’s last concerts, his failing lungs didn’t allow him to get through more than a few songs. He called Keith on stage, who wrapped up the rest of the show for the icon who did not have the strength to do it himself.

Toby Keith’s respect and good will towards Merle Haggard is one of the best examples of the country music community’s sense of brotherhood and family. Hats off to you, Toby.