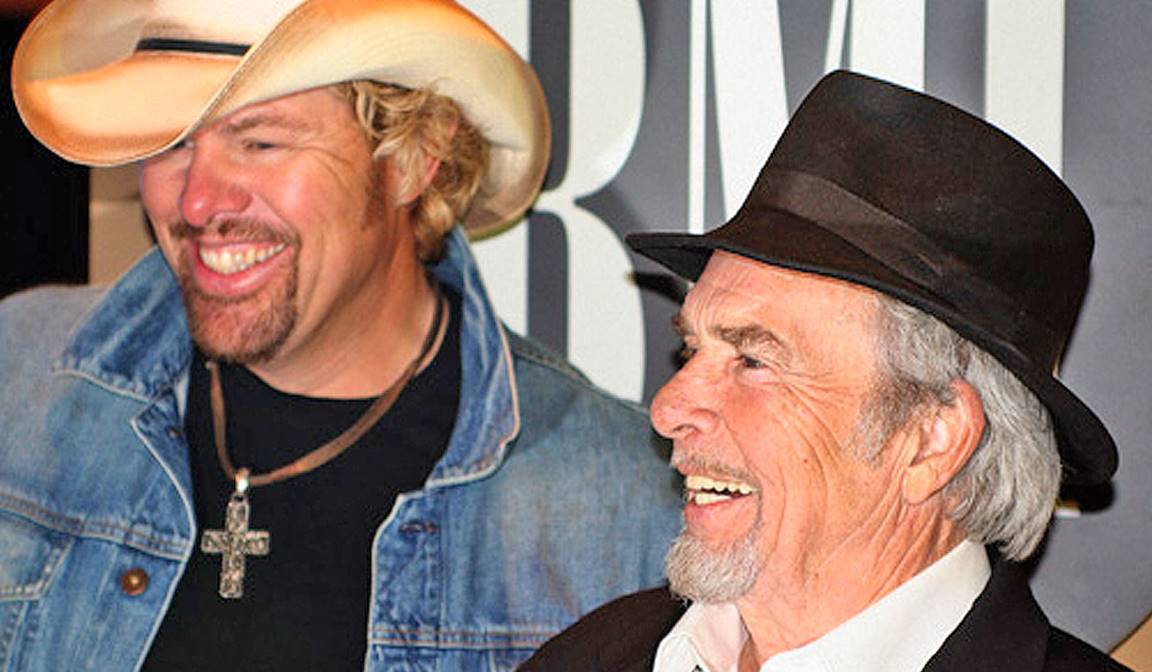 Toby Keith did a fantastic job paying tribute to a good friend and musical mentor.

Toby Keith wrapped up the 2016 American Country Countdown Awards with a stunning tribute to country music legend Merle Haggard, who passed away April 6th on his 79th birthday.

Toby was joined on stage by Haggard’s band the Strangers, which included Merle’s youngest son Ben Haggard. The group performed a montage of the icon’s hits such as “Mama Tried,” “Today I Started Loving You Again,” “I Think I’ll Just Stay Here and Drink,” “Workin’ Man Blues,” “Silver Wings,” “Okie from Muskogee,” and “Fightin’ Side of Me.”

Pay close attention to Ben’s guitar— Merle’s signature is etched onto the instrument.

Merle’s widow, Theresa, was in the audience and was surrounded by country stars singing along to her dear husband’s tunes. Though emotionally moved, she did dance along to a portion of the set.

Toby Keith had a close relationship with Haggard and even performed with the icon at one of his last concerts, so it’s only fitting that Keith took to the stage to honor his good friend. We think the Hag would approve of Toby’s musical dedication to his memory.