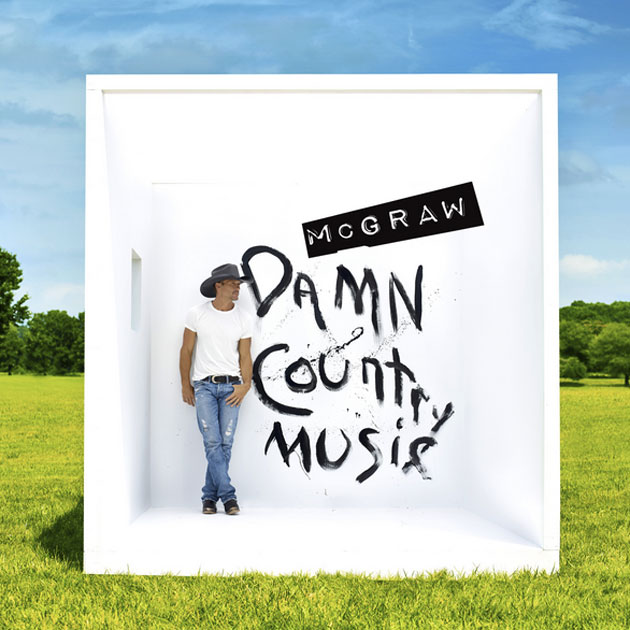 Tim McGraw has revealed the title, cover art and track listing for his 14th studio album.

After many cryptic messages via social media, Tim McGraw has finally released the details for his upcoming album Damn Country Music, which will be released on November 6th. McGraw already released a track off the new project, “Top of the World”, along with a lyric video for the song (watch below).

The album is preceded by Sundown Heaven Town, which McGraw released in September of 2014. It is hoped that among the 14 tracks of Damn Country Music there will be found as many hits as the last album which included “Lookin’ for That Girl,” “Meanwhile Back at Mama’s,” which features Faith Hill in a duet, “Diamond Rings and Old Barstools” and “Shotgun Rider.”

However, don’t expect McGraw to try to mimic his past success.

Watch the lyric video for “Top of the World” below!