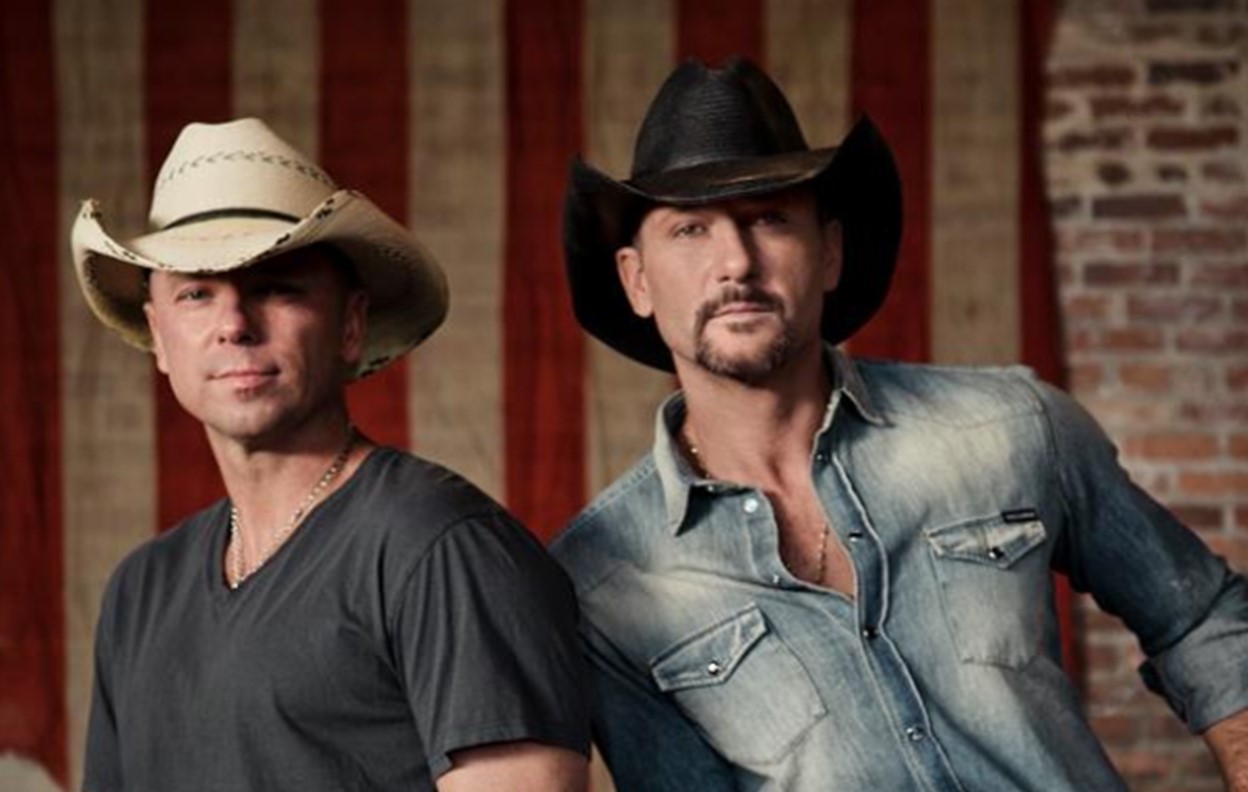 Country music entertainers Tim McGraw and Kenny Chesney landed themselves in some serious hot water back in 2000 after getting arrested in New York...

On June 3, 2000, good friends and fellow country music stars Kenny Chesney and Tim McGraw headlined the George Strait Country Music Festival near Buffalo, New York. However, the artists’ night took a wild turn when they wound up getting arrested and slapped with a range of charges.

The odd incident involved a horse and a sheriff’s deputy just outside the concert venue which could not be accessed by members of the public. According to news reports at the time, Chesney asked the daughter of Erie Sheriff Dept. Capt. James Coyle if he could sit on the lawman’s horse. Instead of simply sitting in the saddle, the Tennessee native took off and rode away, ignoring orders to stop. When two officers tried to get Chesney off of the horse, McGraw and his manager Mark Russo also got involved.

A small fight then broke out.

“McGraw came and jumped the second deputy from behind, wrapped one arm around his neck and was choking him,” Erie County Sheriff Patrick Gallivan shared with CMT. “Now I’m not suggesting he was trying to [really] choke him, but he had him with his arm around his neck, and he was holding on.”

That deputy needed assistance after McGraw’s actions, so a third deputy came to help. That’s when manager Mark Russo stepped in. Both deputies suffered minor injuries and the three men were then detained.

“But because they had sustained the injuries, the law in New York State says assaulting a police officer is a felony, regardless of the extent of the injuries – from a minor bruise to lacerations and broken bones,” Gallivan explained a couple days after the incident. He also added that he was not aware of alcohol being a factor in the scuffle.

Just a year later, all three men were found innocent by an Orchard Park, New York jury. After receiving the verdict, all three signed autographs afterwards for more than 100 fans gathered at the courthouse. On August 2, 2000, felony charges were dropped against Tim McGraw and Kenny Chesney over their backstage incident.  They are still, however, charged with misdemeanor offenses.

Twenty-two years later, it’s really hard to imagine this scene going down. McGraw, 55, and Chesney, 54, have certainly put their trouble making days behind them!

Share this history throwback story with other country music fans!