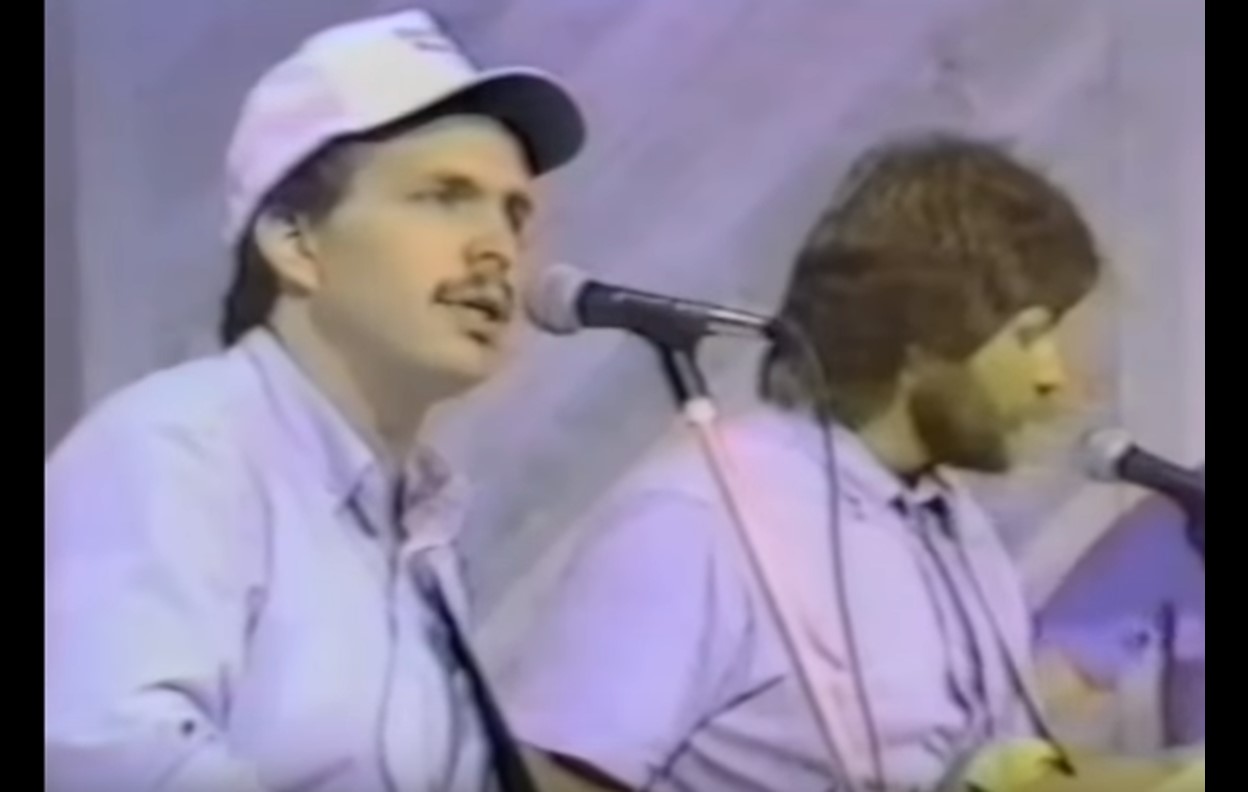 Watch Garth Brooks perform a cover of George Strait's "Nobody In His Right Mind Would've Left Her" live in 1986 here!

Watch a young Brooks cover George Strait’s “Nobody In His Right Mind Would’ve Left Her” live in 1986 below!

Through the 90’s, Brooks launched into stardom, releasing singles such as “Friends in Low Places” in 1990, and his third album Ropin’ The Wind, released in September 1991, reaching No.1 on the Billboard Hot 200, a feat that no other country artist had done before.

In 2001, Brooks related is final album, Scarecrow before taking a 13-year hiatus from music. On September 3, 2014, Brooks broke his decade-long break from music and released his comeback single, “People Loving People.” The single did well, but did not meet the success of Brooks’ previous music, due to the song’s only digital release being on Ghost Tunes, the online streaming service published by Brooks from 2014 to 2017.

The single led to Brooks’ ninth album, Man Against Machine, as well as an extensive world tour. Brooks’ 10th studio album, Gunslinger, was released in late 2016. In 2017, the star won “Entertainer of the Year” at the CMA Awards.

“Nobody In His Right Mind Would’ve Left Her” Lyrics

Share this look back with other Garth Brooks fans!