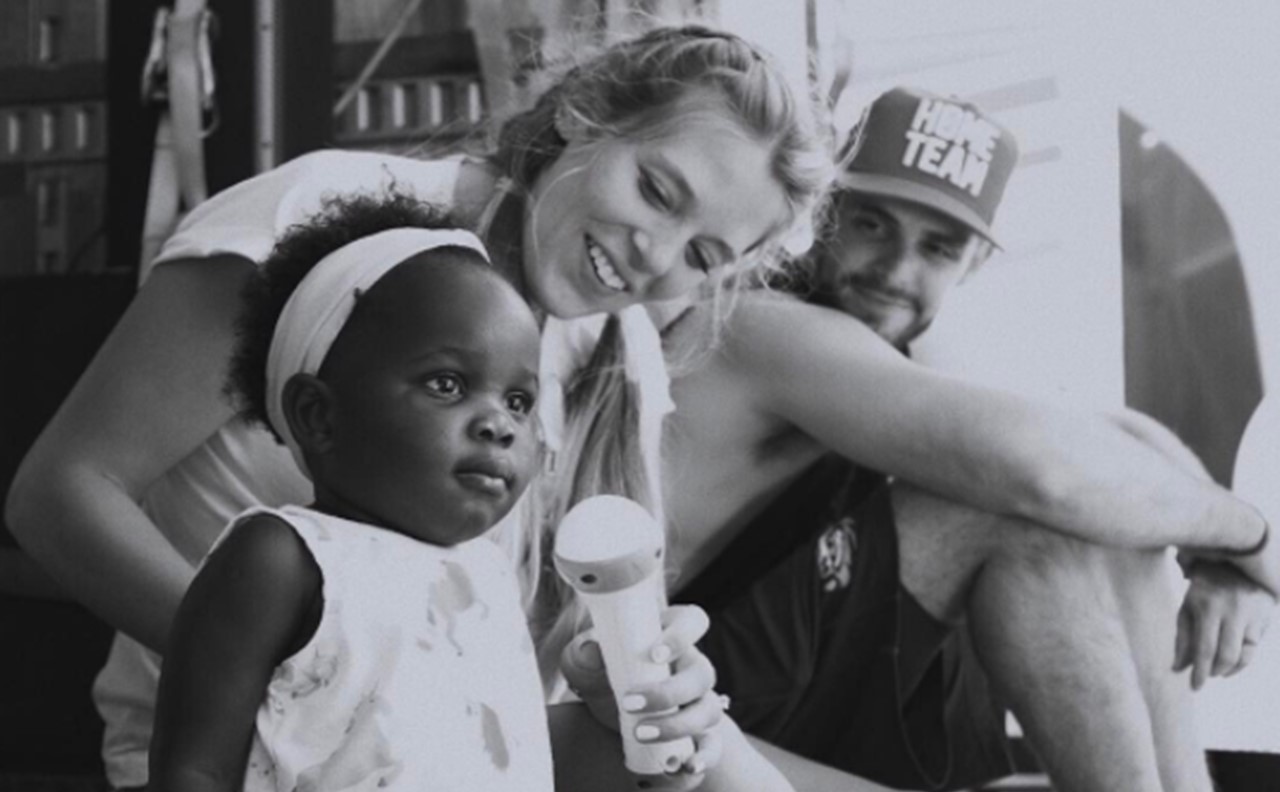 “We couldn’t have asked for a more amazing child. I mean when we met Willa she was six months old. Even though we weren’t there the whole time because we had to come back and forth from Uganda to America, but just watching her kinda grow up and being kinda like this shy kid and now like never has met a stranger and will literally jump into your arms if you ask her to. Her personality is just explosive and it’s just amazing how supportive people have been,” Rhett recently shared with Sounds Like Nashville.

What little Willa adorably react to the “Kiss Monster” below…

Of course the adoption process was grueling mentally and emotionally for the young married couple. To complicate matters, Rhett was also concerned about how his fans would react to the idea of international adoption. Fortunately, the couple’s fans have responded to the little growing family with tons of love and support.

“Just on the topic of adoption I kind of feel like it’s sort of controversial in a strange way but my fans have been the most loving people ever towards Willa and towards Lauren and towards our family,” added Rhett.

Right now— Thomas, Lauren, and Willa are patiently awaiting the arrival of baby girl Akins number two. Lauren’s official due date was yesterday, but the little one has not made her grand debut yet.

While we all wait for baby news, check out the lyric video for Rhett’s newly released second single, “Unforgettable,” featured on his upcoming album, Life Changes. His record is due out on September 8th.

Share this with other fans of Thomas and Lauren!