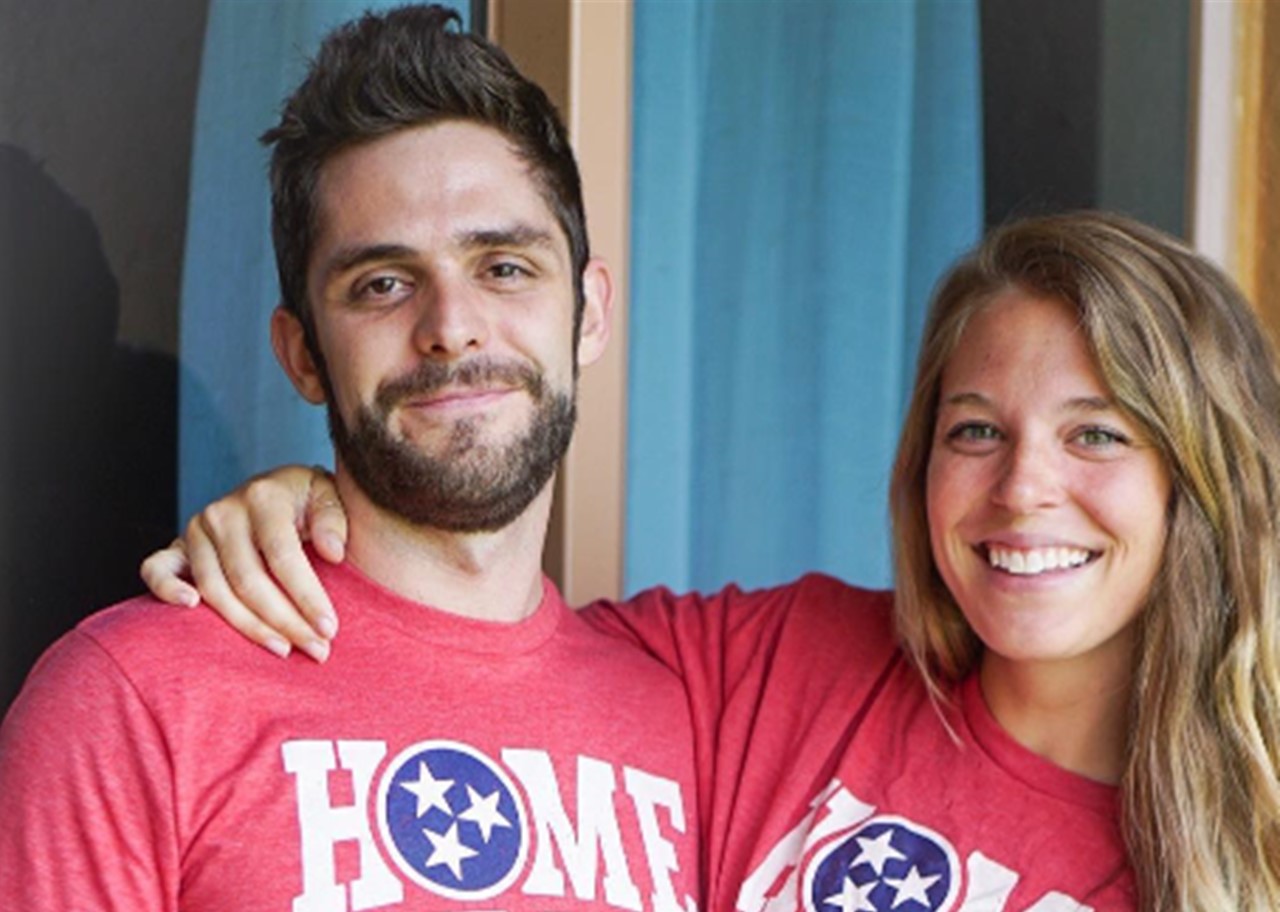 Thomas Rhett and wife Lauren Akins have known each other almost their whole lives— since they were just little first graders! The popular “Craving You” singer shared with Taste of Country that he and Lauren were good friends growing up in Valdosta, Georgia and dated in high school, but the teen romance didn’t last past the six month mark.

After graduating from high school, the pair headed off to different colleges and got into serious relationships with other people. The longtime friends appeared to be on completely different paths, leading to very separate lives. “I almost married someone else, and she did too,” disclosed Rhett during an interview with CBS This Morning.

About six months after that life-changing push, Thomas took the leap and popped the big question inside Lauren’s favorite Nashville restaurant, Giovanni’s. “There was a [wine] bottle, and with a silver Sharpie, I wrote, ‘Marry me?’ on the bottle, and she wrote ‘Well, duh, yes’ on the bottle,” Rhett shared with radio station Y108. “Somebody cued ‘The Way You Look Tonight’ by Frank Sinatra, and we danced in this little cigar room. It was pretty awesome.”

On October 12, 2012, Thomas and Lauren got hitched at Front Porch Farms in Charlotte, Tennessee.

Fast forward to today and the happy pair are expecting a baby girl in August and are also adopting a baby girl from Africa where they are active with the charity 147 Million Orphans, which provides food, water, medicine, shelter, and education to vulnerable children in the name of Jesus Christ. The pair will also be ringing in their milestone fifth wedding anniversary this year.

To celebrate this couple’s sweet love story, let’s take a look back at Thomas and Lauren in their early days!

Now, for the photos…

Just going through pictures… I seriously can't believe @laur_akins married me. This was a @hollisterco Christmas in Georgia

Christmas Cheer For All To Hear

Lauren Ain’t Afraid of No Snakes

Throw back to swoopy frat hair and freshly married @laur_akins

This couple is seriously cuteness overload and we can’t wait to meet their babies! Be sure to share the sweetness with other fans of Thomas Rhett.