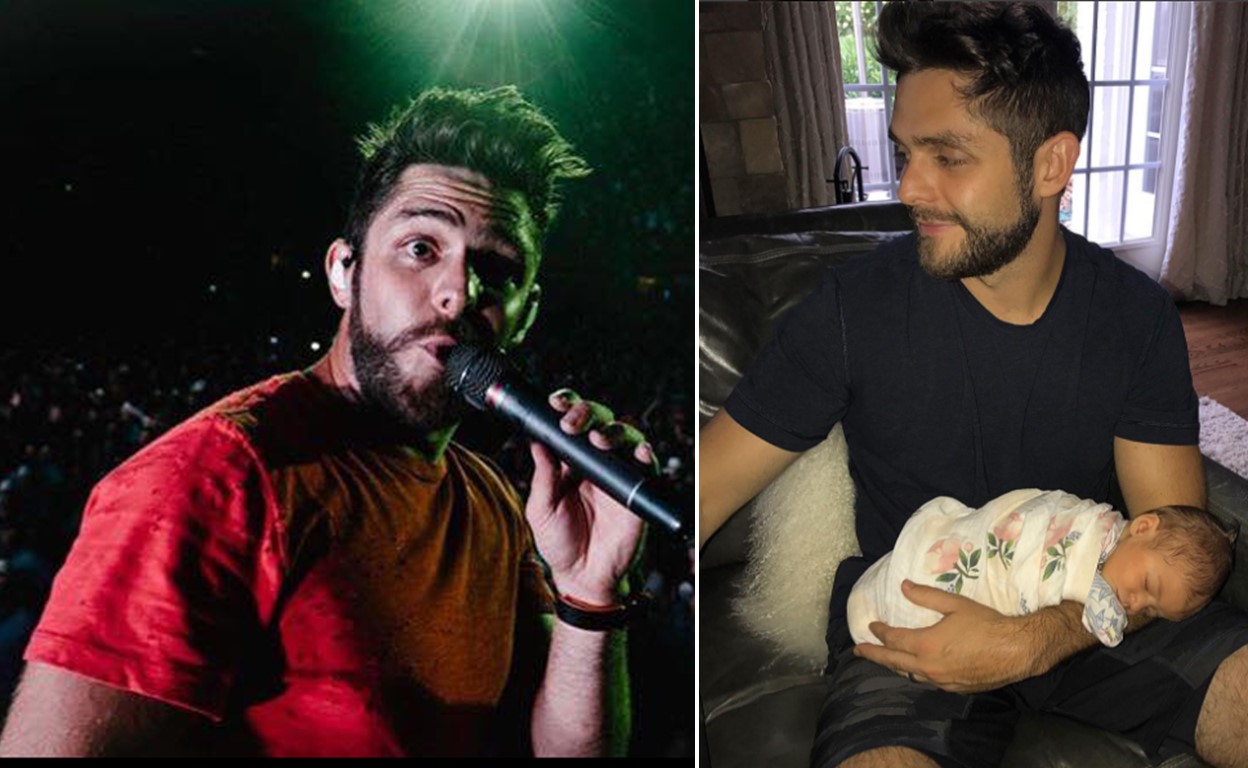 Thomas Rhett has his hands full with his two daughters--- and his latest major announcement also led to some interesting website issues....

Shortly after welcoming newborn daughter Ada James Akins into the world on Saturday, country music star Thomas Rhett announced that he will be performing at Chicago’s Joe’s Live, Boston’s House of Blues, and Philadelphia’s Fillmore — all in the same day — to mark the release of his third album, Life Changes, on September 8th.

“I can’t wait to get back in these cities and these venues,” the artist expressed in a press release, “with the fans who have really impacted by career and life. Joe’s in Chicago was one of the first places I ever sold out as a headliner, and Boston and Philly were also two markets we built from the ground up, and those fans have been with me since the beginning. It’s going to be really cool to be back in these cities and share this new music with the fans for the first time.”

Y’all’s support yesterday was insane. We are going to do things a little different this time around to ensure a smooth process for all. Boston – your package will be available TONIGHT starting at 7pm ET. Philly – yours will be available TOMORROW at 7pm ET. Chicago – be ready at 6pm CT on FRIDAY.  Love y’all, can’t wait to see you on 9/8! [link in bio]

Due to technical issues that derailed the website’s process yesterday, pre-sale album packages for each city, which include a physical and digital copy of his new project along with an exclusive T-shirt and a spot on the guest list for that night’s Live From The B-Stage show, are now being released on different dates here….

Rhett was apologetic about the website’s server issues and shared the video message below! (Is he hiding out in his wife Lauren‘s closet to avoid disturbing their sleeping babies?!)

In regards to the web site malfunction

Seriously, who could ever be mad at this guy?

Getting the hang of it I think

We can’t wait until Life Changes drops. Check out the official track listing below!

Share this update with other fans of the singer-songwriter!