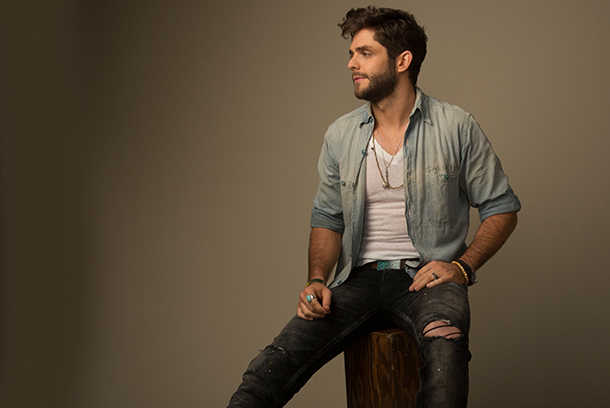 Thomas Rhett isn't crashing and burning on the charts...

Thomas Rhett’s romantic “Die a Happy Man” has dominated the No. 1 spot on the Billboard U.S. Country Airplay chart for the sixth consecutive week and tying Taylor Swift’s record for her smash hit “Our Song” in 2008.

“I seriously can’t believe this song has spent six weeks at number one,” Rhett mused in a press release. “When you put a song out there as personal as this, you hope it connects and resonates with people. But I could never have imagined it would connect like this! And to mirror an achievement not seen since Taylor Swift — someone I really respect as a songwriter, performer and entertainer — is just mind-blowing.”

The Georgia native’s touching track is about his wife Lauren Gregory, whom he met back in first grade. The sweet song is the second single from his studio album Tangled Up. Check out Lauren’s cameo in the “Die a Happy Man” music video below.

“I just think this song shows how me and Lauren love each other, and I hope this song is an encouragement to other married couples or people that are dating,” the singer shared about the song that is sure to pop up a lot at wedding receptions this year.

Rhett, 25, is currently on Jason Aldean‘s We Were Here Tour.