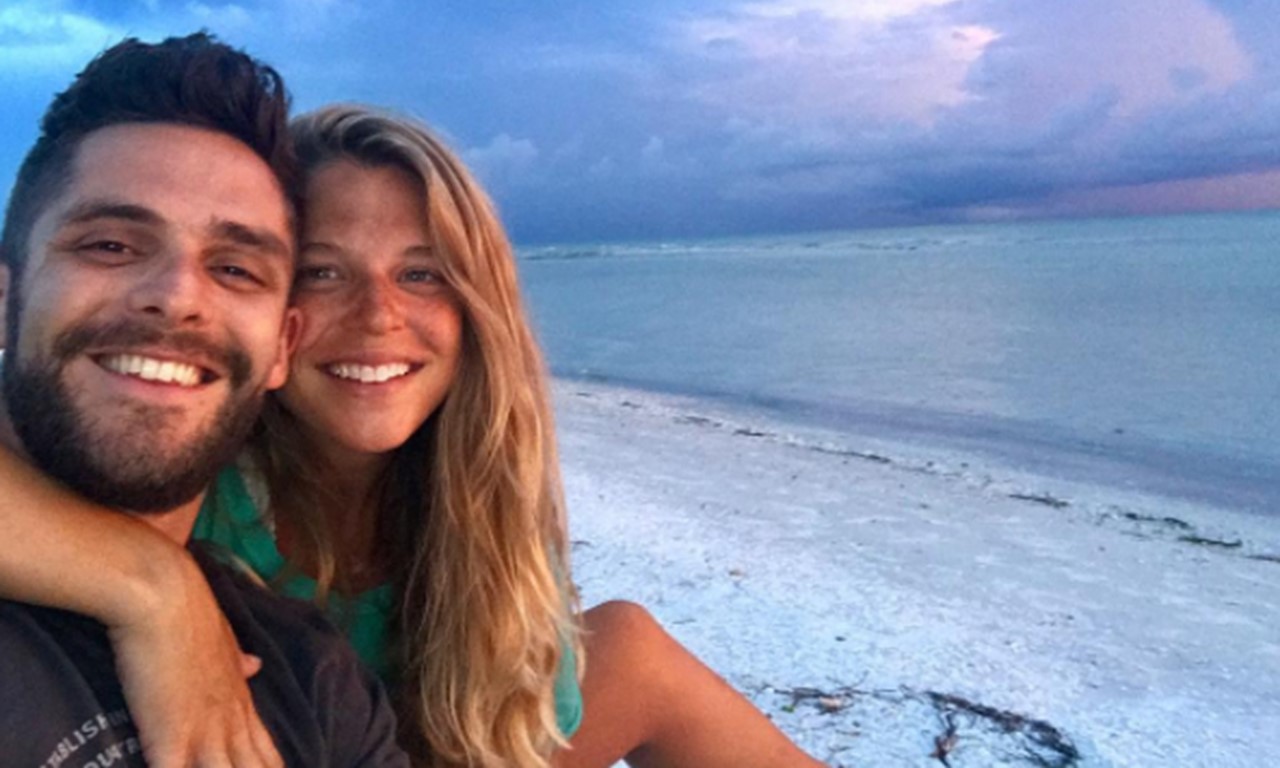 Thomas Rhett's wife Lauren knows how to beat the summer heat with this sweet treat! More on the expectant couple right here!

Country music hit-maker Thomas Rhett and wife Lauren Akins will be welcoming their little girl into the world any moment now—- the baby’s official due date is August 8th. Until it’s ‘go time,’ the “Craving You” singer is doing his best to be supportive of his super pregnant wife and indulge her number one pregnancy desire— an endless ice cream supply.

“Ice cream is her normal life craving and it’s intensified when she’s pregnant,” Rhett shared during a recent interview with his label, BMLG. “So we always keep our freezer pretty stocked full of different flavors of ice cream. But I just feel bad for her, like I know how uncomfortable she is and how ready she is to just have the baby. So there’s nothing much I can do about that except be a support system.”

Baby Girl Akins will be joining big sister Willa Gray, who was adopted from Uganda and arrived stateside in May. With a newborn and toddler in the house, we have a feeling Thomas will be making this face a lot…

Last show tonight in Nevada then back home to welcome our new daughter into the world, then put out a record. This is the face I will be making for the next 2 months😂 can't wait to see you @laur_akins 😍

We’re thrilled that Thomas is now home from the road and we’re sure Lauren is more than ready to meet her little bundle of joy. Being pregnant during the summer is no joke. She’s got to be one of the cutest pregnant ladies on the planet though…

so ready to meet you baby girl 💗 daddy is finally home, & your big sister and puppies are in need of a little sister, so come on out😘

Besides adding to his family, Rhett is slated to release his third solo album titled Life Changes on September 8th, and he’s already scored a No. 1 hit with its lead single, “Craving You,” a duet with country music starlet Maren Morris. Last Friday, he unveiled his second single, “Unforgettable.” Check out the official lyric video which highlights Thomas and Lauren’s sweet love story below!

Share this with other fans of this adorable couple!