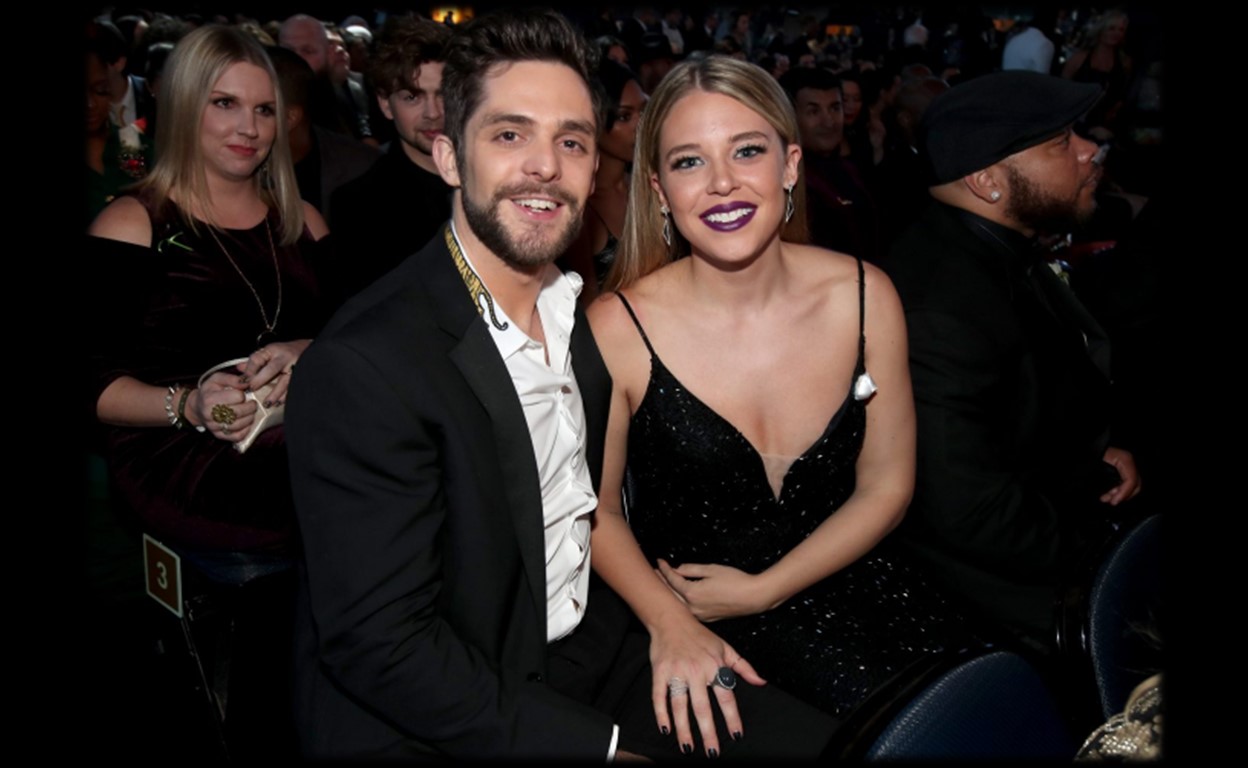 Thomas Rhett and wife Lauren Akins are a well-known Nashville power couple. Not only are they adorable, they also love poking fun at each other.

Most people are in agreement that country singer Thomas Rhett and his wife Lauren Akins are couple goals. The pair met when they were just kids and grew up as best friends before discovering a deeper love for each other. Now, Thomas Rhett has written chart topping songs about his sweetheart and the couple has two daughters- talk about happily ever after!

While TR and Lauren’s relationship has had many serious milestones this past year, the couple is still finding way to poke fun at the other and make life not so serious if it doesn’t have to be! Thomas Rhett captured and posted a goofy video of Lauren on his Instagram with a fun filter!

Thomas Rhett wasn’t being as stealthy as he thought! During the video Lauren protests saying, “Stop! I can tell the phone is on me!” Eventually, Lauren gives up and lays her head down on the table.

TR wasn’t so merciful with his footage either seeing as it ended up on Instagram for all his followers to see! “Love you,” the singer captioned his post. Fans are waiting to see what Lauren’s revenge for this one ends up being!

So far, nothing but sweetness from Lauren…

Always winning with my honey 😍

Their sense of humor came in handy for the year they had! The couple welcomed two new additions into the family. First, Willa Gray came home from Uganda and then Ada James made her appearance into the world later in August. Life really does change and TR’s newest album reflects that!

The Life Changes album dropped in September and has been well received by fans! This year Thomas Rhett will tour with that being the title of his second major headlining tour.

The dates and locations for his newest tour are as follows: