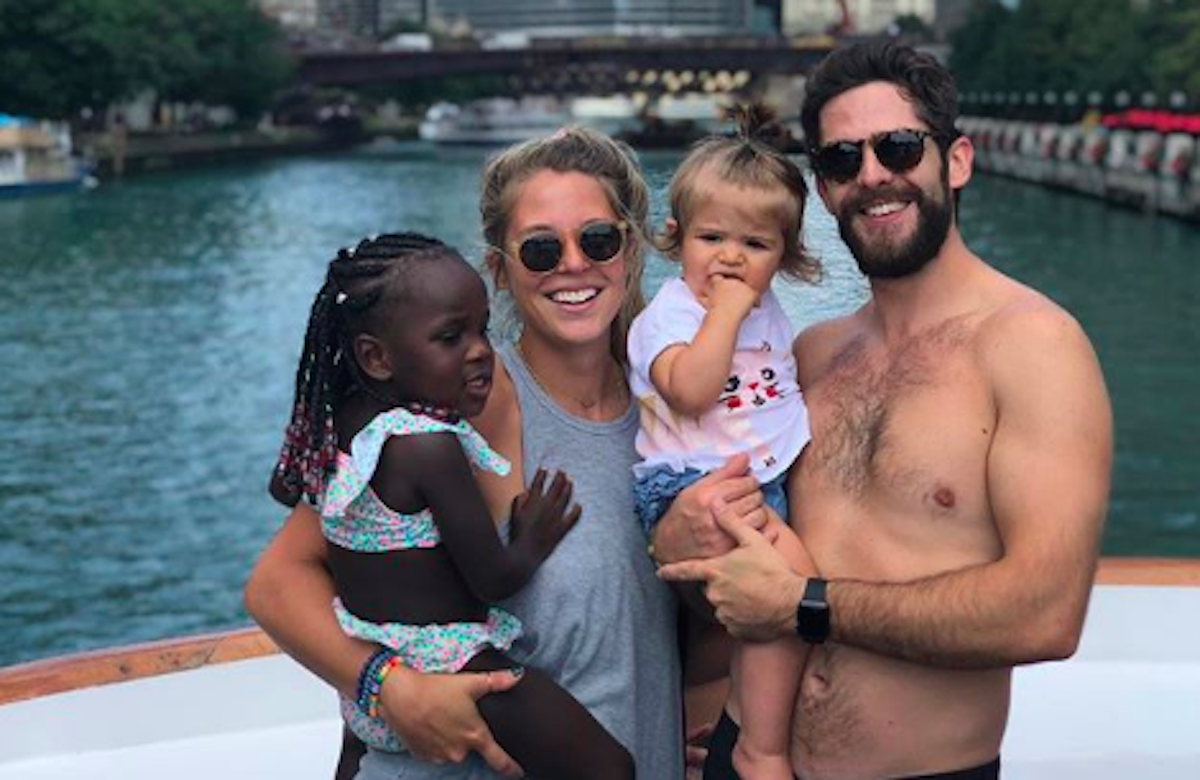 When Thomas Rhett isn’t performing at a concert or writing hit songs in the studio, he’s a dad to two very precious daughters- Willa Gray and Ada James!

Most of the world fell in love with the two young girls after Willa was adopted from Uganda in May 2017 and Ada was born just several months later. Since the Akins family doubled, TR and wife, Lauren have been enjoying life with their girls and giving fans glimpses of them via social media.

So thankful for our amazing, beautiful, little crazy family🙌🏼 for those of you who have done family photos with your kids YOU KNOW!! Much to love to everyone. Happy late thanksgiving!

Thomas Rhett took to Instagram in a recent post sharing a picture of him buckled up with his daughter Ada James on his lap in an airplane. While many took time to enjoy the father/daughter picture, others decided to ‘dad shame’ Thomas Rhett for not taking safety precautions.

Even with no caption added to the picture, individuals still took it upon themselves to criticize the “Life Changes” singer’s parenting in the comment section. They claimed while Thomas Rhett was safely buckled in the aircraft, his daughter was not and could potentially be hurt if something happened to the plane.

One individual commented, “Tell me why you have a seatbelt on but she doesn’t.”

While this is just one example and there were other comments to this effect, many of Thomas Rhett’s supporters came out to defend their favorite country singer and his parenting.

“My daughter travels with me all the time and she was never belted in until she had her own seat (over two), and they tell you specifically to not put the child under yours,” a fan helpfully added.

Another fan brought up a very valid point, “People did ya think maybe they haven’t taken off yet?”

And while many argued, there were some that simply just didn’t know and commented things such as, “The first thing I thought was, why isn’t that little girl in a seatbelt? Then my second thought was, what the hell do I know about flying with little people?”

Whatever the case may be, Thomas Rhett and Lauren have done an excellent job raising the girls thus far by loving them and providing them with everything that they need!

For more Thomas Rhett updates, keep up with Country Fancast and don’t forget to share this article with friends!