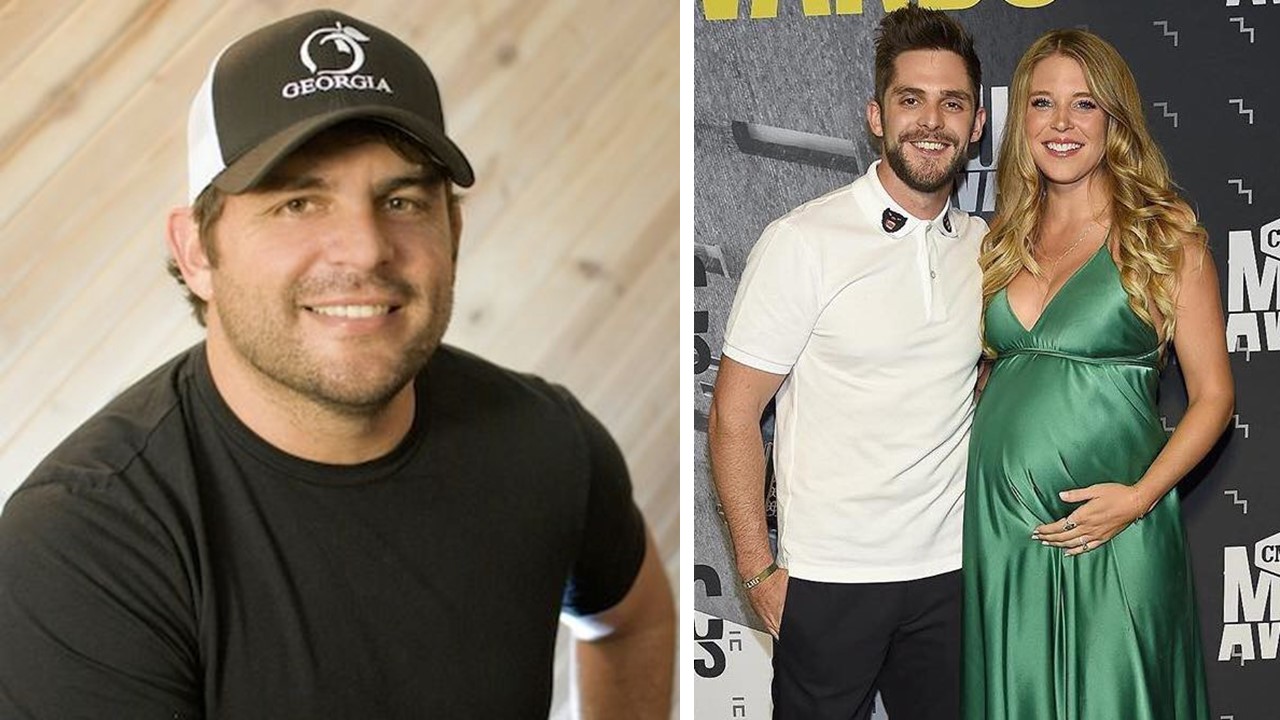 Thomas Rhett says that his singer-songwriter father, Rhett Akins, is his calming presence. Check out how his dad influenced him in his career and in life.

It pays off to follow in your father’s footsteps, especially in Thomas Rhett‘s case. Wherever Rhett has gone, his father has already been there. He is taking after his singer-songwriter dad, Rhett Akins, who had a very successful music career himself. Now, the “Craving You” singer is focusing on his own career, and he doesn’t have to look far for support. This father-son duo is unstoppable in the country music industry!

Rhett Akins released many albums in the 1990s before focusing on songwriting. He also had a No. 1 hit with “Don’t Get Me Started.” Check out the song here!

Thomas Rhett looks up to his dad, especially when it comes to his music career. Rhett Akins gives his son advice, ideas and even a little constructive criticism. After all, he knows the ropes of the music industry.

“Dad has always just been such a constant when it comes to me and my live show,” Thomas Rhett told CMT about his dad. “A lot of that comes from me just growing up watching him play so many shows as an artist.”

Thomas Rhett also said in a radio interview that his dad is the main reason he doesn’t have complete panic attacks after shows.

What a crazy night peoria, IL!! So pumped to have had @officialrhettakins out to sing that ain't my truck for 9 thousand people!! I feel blessed and blown away. #hometeamtour

“I’ll walk offstage and know that I did not play my best show, and he’s always the first one to be like, ‘Yeah, you know, a couple of things were pretty rough. But overall, it was good,'” he says. “He’s always been that calming presence and has always been the guy that says, ‘Why don’t you try swappin’ these two songs and see what happens,’ or ‘It’s all right … Don’t worry that we don’t have your first single, we will make it happen one way or the other.'”

If Akin’s parenting habits rub off on his son, who has one daughter already and another due in August, that would be just fine with him.

“(He’s) always just been such an encouragement and somebody when I’m feeling like, ‘What is happening right now?’ He’s always that person to come in and be like, ‘It’s gonna be fine,'” Thomas says.

Akins says that he couldn’t be more proud of his famous son. However, it’s not just because of his successful career.

What do you get your son who just won ACM Song of the Year and Male Vocalist? A 1940 @martinguitar D-18. Many hits to be written on this! I also have a daughter @kasey_akins who is about to graduate college. That's bigger than anything we've ever done. She'll get a lifetime supply of noodles and Netflix

“Honestly – I mean this with all sincerity – I’m more proud that everyone thinks he’s such a good person, and [of] the love that he and [his wife] Lauren have,” Akins says of Rhett. “I’m more proud of the way he’s grown up and become a man, even though I can’t look at him without thinking he’s 16. I don’t see him as a star.”