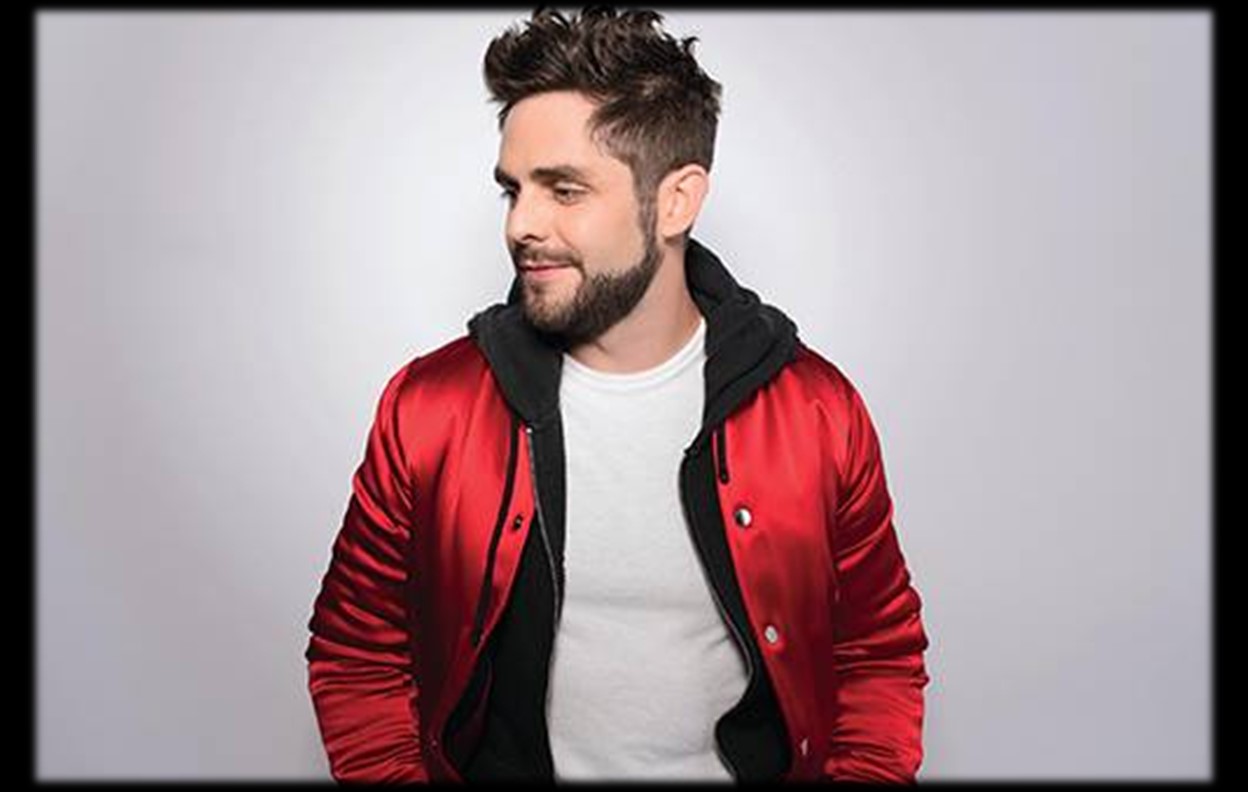 Country music star Thomas Rhett likes to try new things with it comes to picking out his outfits, and from head to toe, his style is always on point!

Country superstar Thomas Rhett lets his personality show through his sweet tunes and Southern charm. But he also shows off his personality through his style. You can’t really predict Rhett’s fashion sense, and he admits he can’t predict it either. He enjoys trying new things with his clothes or shoes whenever he gets a chance, which definitely accents his easy-going lifestyle.

The 25-year-old singer can rock essentially any outfit he puts on and wears it with confidence. He recently opened up about his fashion choices in an interview with #AXEStagePass.

“My style changes everyday,” he said, according to Sounds Like Nashville. “Whether I am watching a movie or whether I’m watching a TV show and I see something that I like, I’m gonna try to incorporate that into my style.”

And he’s always worked this way, adjusting his style and trying out new things.

“I’ve always been a stylish kid and even going into high school and in college, I’ve always loved trying new things, just kind of like in my music,” Rhett said.

Who else could rock a pink jacket like he does in this photo? And he does it with fearlessness and class.

Mom and dad out on the town🙌🏼😍 @laur_akins

All the good vibes 📸 @josephllanes

He cleans up nicely…

Rhett is not the only one switching up his clothes. The star is getting his bandmates to join in on the fashion fun!

“Lately, we’ve incorporated this thing called Suit Saturday into our set,” he shared. “Me and the whole band, we wear suits on Saturdays.”

Along with Suit Saturdays, Rhett sometimes tries to plan a theme within his band to coordinate during live shows, often with their shoes. Sometimes they all wear Vans, sometimes it’s Nikes. What will they wear when they come to your city?

That sounds like a well-dressed and talented crew. But Rhett doesn’t stop there. He even has his daughters Willa and Ada dressing up in new and fun outfits daily, and Rhett and his wife Lauren Akins often share photo evidence via social media.

And let’s not forget TR’s shoe collection. He has so many pairs of shoes, he can’t even count them! Rhett started building up his sneaker collection after performing on stage in cowboy boots too many times. So, he decided to switch over to sneakers for comfort – and an extra piece of style that he can switch up to add to his outfit.

Want to learn more about Rhett’s shoe obsession? Click here and watch him identify his shoes while being blindfolded!

Share this with others to love Thomas’ surprising styles!