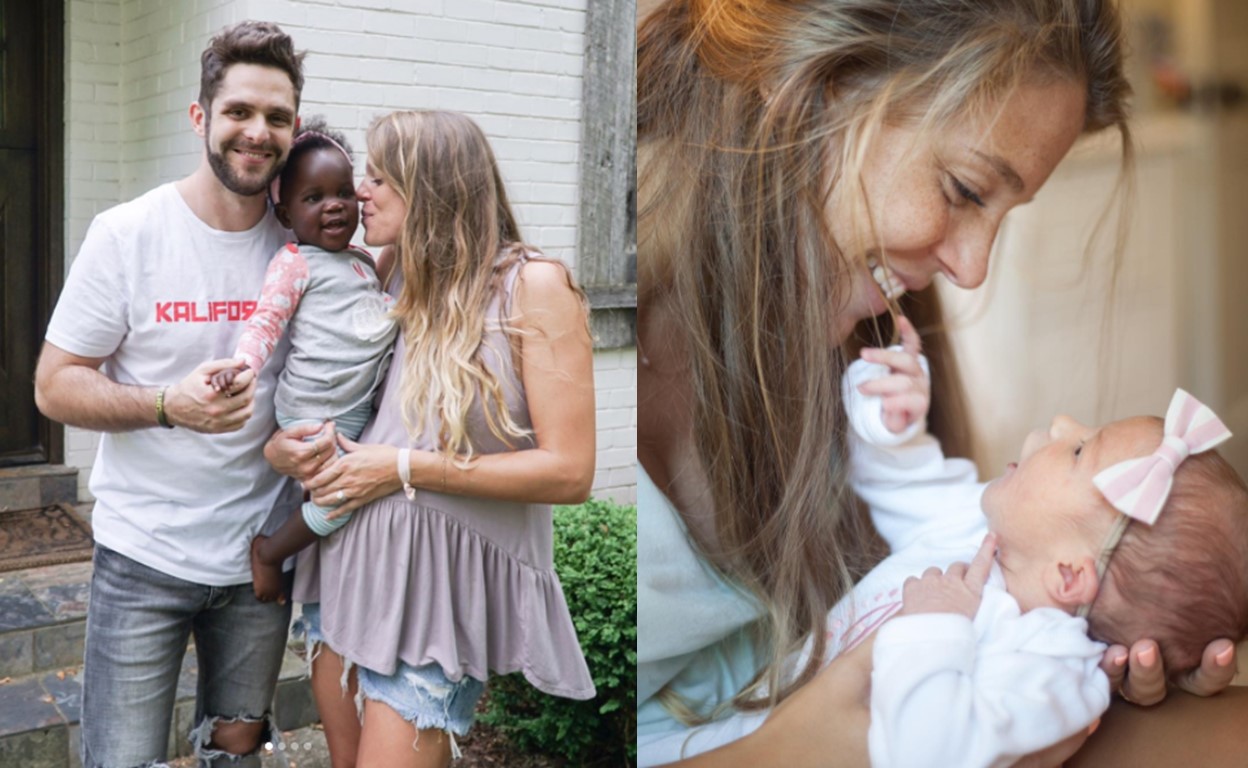 Within the span of a few months, Thomas Rhett and wife Lauren have welcomed home two adorable daughters. Recently, the country singer shared the stories behind their names...

On May 11th, country star Thomas Rhett and his wife, Lauren, finally completed the international adoption process and brought home their first child, Willa Gray. The toddler quickly adjusted to her new surroundings and has been stealing hearts ever since.  Look at how cute she is!

On August 12th, little Willa became a big sister when Lauren gave birth to the couple’s first biological child, Ada James! Picking out baby names is something most couples spend hours debating, but Thomas and Lauren had unique reasons for selecting Ada James and Willa Gray for their two daughters. Recently, Thomas revealed the motivation behind choosing the names.

“Willa came from my mom’s dad, his name is Willard, which translated means innately brave,” Rhett disclosed to his label, Big Machine. “We felt like Willa was a beautiful girl name and also I think we thought it represented her story — you have to be strong to survive what she went through. And then Gray is short for Lauren’s brother Grayson and we really love Grayson’s personality and we love him so much. We just thought Willa and Gray [fit] really nice together. We’re a huge double name family if you haven’t known.”

As for the newborn, her name came about a little differently. Even the country singer admits its a strange way to pick a name.

“Ada James, James comes from my uncle, my dad’s brother his name is James Elias,” Thomas said. “So James is her middle name and Ada, Lauren said that she had a dream and she kept hearing the name Ada in the dream. And that is why we went with Ada. Pretty random but really cool.”

So this is about 17 hrs post delivery & after I'd slept for the first time in about 58 hours so I'm still a bit zonked in the video, but this is when Willa Gray met Ada for the first time 💗💗I know everyone is wondering about WG & AJ and how they're doing together 😘 honestly it's taken WG a little bit of adjusting and she's been staying with family and friends off & on especially when Thomas Rhett leaves because I think it's impossible for me to recover, take care of our 2 pups and a newborn and a 21 month old all at the same time 😂 soooo Willa Gray hasn't been around a ton the last week but don't worry! There will be LOTS of sister time soon. And she LOVES Ada now. We're just working on being "gentle" right now haha She's home today and so is daddy so all is right in our world at least for a little bit :) p.s. The fact that WG was showing AJ her bug bite meant she wanted to be friends with her right off the bat so we knew that was a good sign 😂 (sorry for the novel)

If you thought being a new dad was going to slow down Thomas’ new music releases, you’d be wrong. Not only did he debut his new single “Grave” late last week, the Georgia native will also being releasing a brand new album next month. On September 8th, Thomas will delight fans by dropping his third studio album, Life Changes. We can’t wait to hear what’s next from Rhett!

Be sure to share this with other fans of the adorable family!