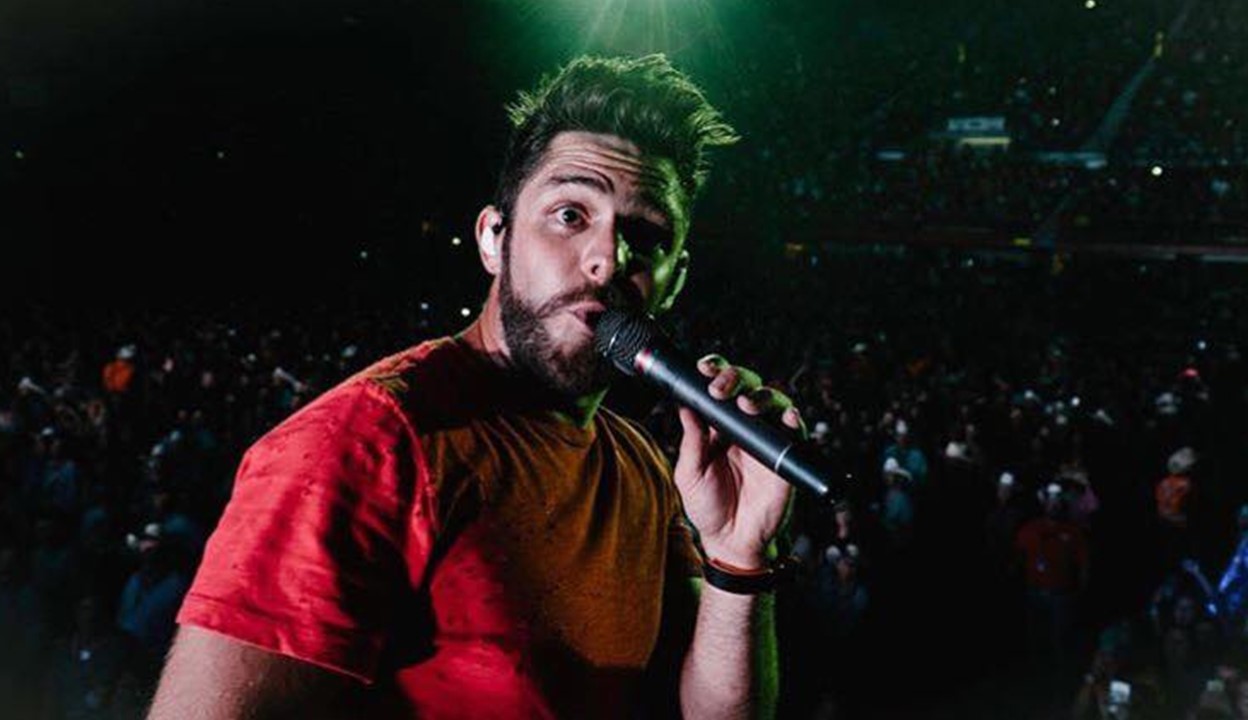 Country music star Thomas Rhett and his family will be spending Thanksgiving with the Dallas Cowboys this year! More here.

The Dallas Cowboys have announced that country music hit-maker Thomas Rhett will be performing during the annual halftime show at AT&T Stadium on Thanksgiving Day! This marks the third consecutive year a country music artist has gotten the honor— Luke Bryan performed in 2015 and Eric Church in 2016.

“Watching the Cowboys game is such a tradition on Thanksgiving Day,” Rhett shared in a press release. “It’s all about being together with family and friends, but this year is going to be a little different for us. I’m pumped that we get to pack up the whole family to go to Dallas for the halftime show…it’s going to be a blast and helping do it for a good cause makes it even better.”

The game also kicks off the Salvation Army’s annual Red Kettle Campaign. Every year, the Salvation Army collects donations to help provide shelter and meals for the homeless and hungry, Christmas toys for millions of children, in addition to many other social service programs they provide year-round.

“Thomas Rhett is not only a chart-topping country artist, but also a musician whose commitment and passion for philanthropy makes him a great fit to join the Fight for Good and kickoff the Red Kettle Campaign,” said Charlotte Jones Anderson, executive vice president and chief brand officer for the Cowboys and former national advisory chairperson for The Salvation Army. “Every year, The Salvation Army makes a difference in the lives of millions of Americans. We want everyone to know that their donations truly make an impact.”

Pumped to tell y’all – I’ll be kicking off the @salvationarmyus Red Kettle Campaign at the @DallasCowboys Thanksgiving game halftime show. Be sure to watch and learn how you can join the #FightForGood by visiting the link in my bio

“Man, I love fall,” Rhett thinks to himself in the promotional clip above. “I love everything about it. The leaves, the temperature change, pumpkin everything. Most of all, I love Thanksgiving. I love being with my family, my friends, all the food. I love watching the Dallas Cowboys halftime performance. You know, I wonder who it will be this year? It’s always somebody awesome. I guess we’ll find out Thanksgiving Day on CBS.”

The Dallas Cowboys take on the Los Angeles Chargers on Thursday, November 23rd— don’t miss it! Share this with other country music and football fans.