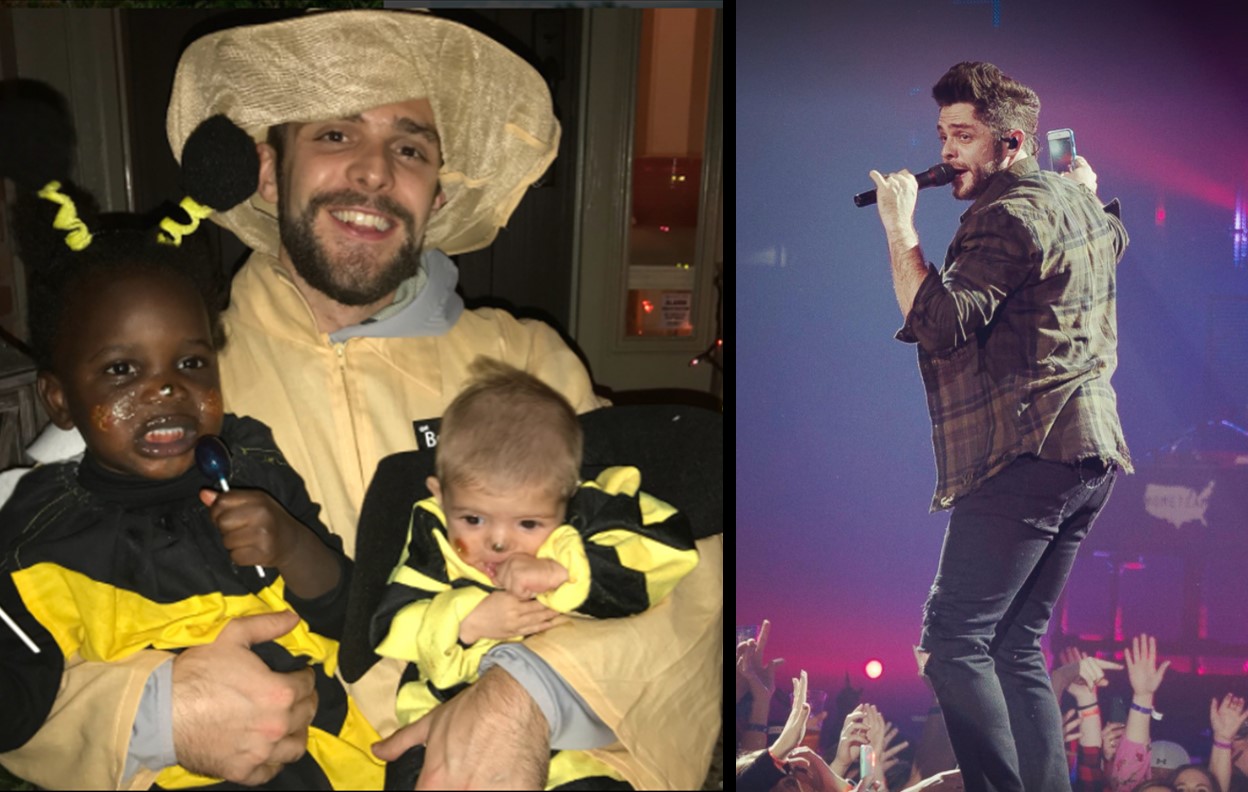 Country music star Thomas Rhett has gained a lot of parenting knowledge over the last few months. Check out his 'dad lessons' video!

When Thomas Rhett isn’t performing at a concert or crushing his Life Changes album, he’s at home being a typical dad. Being a new father with two daughters under two years may have been a difficult adjustment at first, but so far Thomas Rhett is nailing it!

As his dad-ing expertise has increased, he’s now passing on his knowledge to his crew during his Home Team Tour. From holding a newborn to changing a diaper to burping, TR is giving his whole crew ‘Dad Lessons.’

Yes, Thomas Rhett has accomplished many parenting milestones since officially welcoming Willa Gray home in May. Now, he can buckle the girls safely their carseats solo and has the whole “dad look” down perfectly!

Recently, Thomas Rhett and his wife Lauren Akins celebrated the first of many birthdays with their girls— Willa Gray turning two! The celebration was complete with a unicorn theme and a smiling Willa! Thomas Rhett posted snapshots of the festivities on his Instagram and shared the exciting milestone with fans.

I can’t believe Willa Gray turns 2 this week!! Time goes by so fast. This was a unicorn themed party and I can see Willa wanting a horse in the near future. 🦄

Combining the love he has for his family and his passion he has for music, Thomas Rhett recently dropped his Life Changes album and has just now announced his brand new tour. Joining him on this exciting journey is “Mercy” singer, Brett Young, with Midland as support.

Many of the songs inspired on his new album are about his family. Life Changes shares the story about how Lauren and the two girls came into his life and his next single, “Marry Me” is about a time in his life where he and Lauren almost married other people. Much of the success Thomas Rhett has experienced with his music has come from sharing his own life story.

“I was really just trying to have hits, you know? Make a name,” Thomas Rhett told Billboard.  “But looking back, never in a million years would I have thought that people would want to hear my personal stories in a song. But I’ve learned that my fans truly love a story, and they love an honest story — and that’s what I tried to do on this record. Every song that I wrote, if it wasn’t personal, I’ve at least experienced it in some form.”

Fans are eating up his new album about his family and all the parenting milestones he has been posting featuring Lauren, Willa Gray, and Ada James. The Akins family has become quite the fan favorite!