Things to do in Nashville: Visit the “Dylan, Cash, and the Nashville Cats: A New Music City” Exhibit 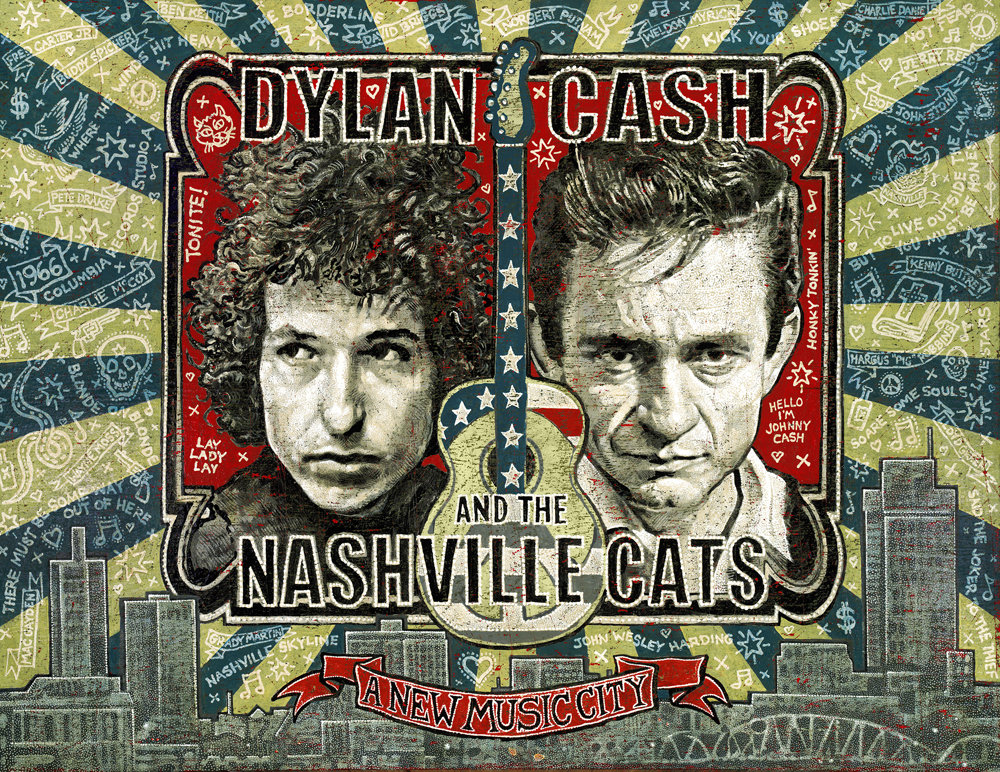 The Country Music Hall of Fame and Museum's latest attraction will be open to the public from March 27, 2015 to December 31, 2016.

To revisit this memorable era in musical history, the Country Music Hall of Fame and Museum is set to open its highly anticipated “Dylan, Cash, and the Nashville Cats: A New Music City” exhibit that explores this exciting creative period. If you’re planning a visit, make sure this stop gets top billing on your burgeoning “Things to do in Nashville” itinerary.

In 1966, Dylan shocked his fans and record label when he chose to record his classic album Blonde on Blonde in Nashville. Working with the Music City’s talented session musicians, Dylan produced a rock & roll masterpiece and went on to record folksy record John Wesley Harding and country album Nashville Skyline. Dylan’s relationship with Nashville and its musicians, dubbed the Nashville Cats, prompted well-known artists such as Neil Young, Joan Baez, and Leonard Cohen, to follow him to Nashville.

In parallel, Johnny Cash was actively working to recruiting folk and rock musicians, including Bob Dylan, to appear on his groundbreaking network television show, The Johnny Cash Show, shot at the Ryman Auditorium, home of the famed Grand Ole Opry. Cash was riding a new wave of popularity after the immense success of his record, Johnny Cash at Folsom Prison. Due to the quality and diversity presented by The Johnny Cash Show, the program attracted top-notch musical talent such as Merle Haggard, Tammy Wynette, Linda Ronstadt, and Eric Clapton’s Derek & the Dominos.

This brand new exhibit brings the the energetic Music City scene of late 1960s and early 1970s to life and revives memories of a time of great cultural change and transformation. Put this museum stop on your “things to do in Nashville” list and don’t miss out on the opportunity to view rare artifacts along with seldom-seen photos and video footage from this crucial time in American music history.