These Country Music Artists Have All Worn a Military Uniform 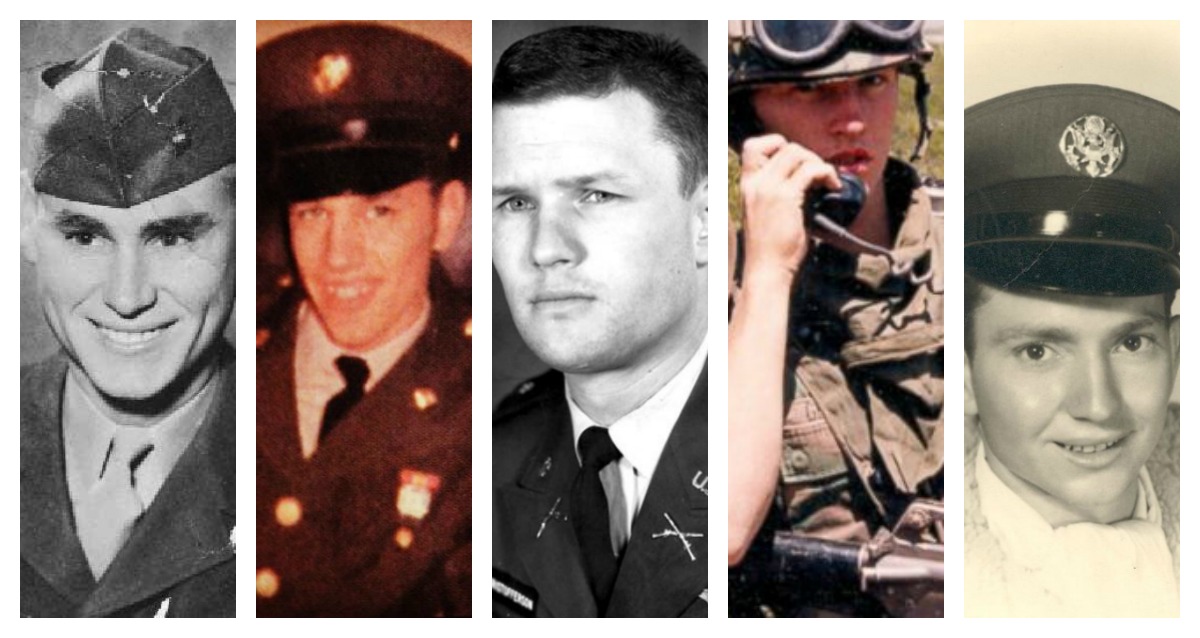 Not only have these amazing people made music that the entire country loves, but they also serve to protect the same people that would later become their fans.

Sometimes it’s hard to imagine your favorite country music artists anywhere but on the stage. Especially harder to imagine them taking orders from a drill sergeant while doing push-ups in a military uniform. However, for a select few this very thing happened. Below we have gathered a crew of former soldiers that turned into country music legends!

Willie Nelson attended Baylor University but dropped out in 1950 and joined the U.S. Air Force.

“I was in the Air Force a while and they had what they call “policing the area.” That’s where you looked around and if there’s anything wrong here, there, anywhere, you took care of your own area. And I think that’s a pretty good thing to go by. If everyone just takes care of their own area then we won’t have any problems. Be here. Be present. Wherever you are, be there. And look around you and see what needs to be changed” Willie Nelson said.

“(Music) has always been a part of my life. When we were kids in church, we always sang, and my dad and mom always sang. We had rehearsals at the house. It has always been a part of my life, but it wasn’t until I got into the military that I started singing. I got away from home and rather than doing some of the other things that some of the other guys were doing, I sat and played the guitar. I taught myself how to play and I started writing songs as an outlet while I was overseas and away from home” Morgan said in an interview.

Johnny Cash joined the U.S. Air Force in 1950 and became a morse intercept operator with the 6910th Security Group at Landsberg, West Germany. He even intercepted Russian military radio transmissions.

“The Air Force taught me the things every military service imparts to its enlisted men … plus one skill that’s pretty unusual: if you ever need to know what one Russian is signaling to another in Morse code, I’m your man” Cash said in his autobiography.

Jones joined the Marine Corps in 1951 and served three years. He cut his first record when he got out, an original fittingly called “No Money in This Deal”. Jones would go on to have his first hit with “Why Baby Why” in 1955, and by the early `60s Jones was one of country music’s top stars.

“I sing top songs that fit the hardworking, everyday loving person. That’s what country music is about,” Jones said in a 1991 interview. “My fans and real true country music fans know I’m not a phony. I just sing it the way it is and put feeling in it if I can and try to live the song” Jones said.

“I want you to know I’m an Army brat; I was a captain in the Army and my brother was a jet pilot in the Navy. So I support our troops; I identify with them” said Kristofferson.

Kristofferson joined the Army in 1960 where he became a helicopter pilot after completing Ranger School and eventually worked his way to the rank of Captain. He continued to work on music and even formed his own band while stationed in Germany.

After marrying his high school sweetheart, Norma, Strait joined the Army. From there he was sent to Hawaii and began singing in the Army-sponsored band called Rambling Country. After returning to his home-state of Texas, he put together his own band, Ace in the Hole, and the rest is country music history.