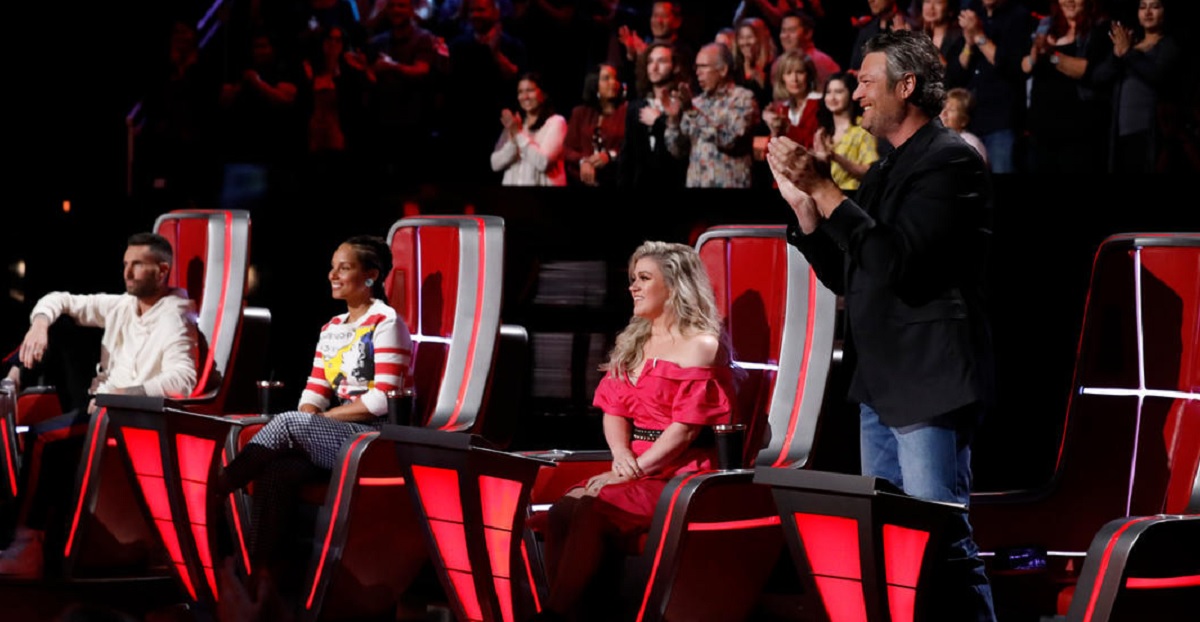 Watch The Voice Top Country Music Auditions for the 2018 season!

Dallas Caroline:   Always on My Mind

As for coach Alicia Keys, she told Dallas that she would have turned around for the singer, too, but her team was already full. As previously noted, Dallas went with Team Blake

Pryor Baird sings Montgomery Gentry’s “My Town”.  Pryor is 35 years old and a current resident of Nashville, TN.  Pryor has not yet been eliminated and remains in The Voice competition on Team Blake.

Spensha Baker:  Broken Halos
Spensha Baker sings Chris Stapleton’s “Broken Halos” during knockouts.   Spensha has not been eliminated and remains in the running for the 2018 Voice competition.

Kirkdorffer versus WILKES:  Nobody to Blame

Jordan Kirkdorffer battles WILKES on Chris Stapleton’s “Nobody to Blame.”

Here are the The Top 8 Semi- Finalist from Tuesday Night:

3 of the 8 Semi-Finalist are focused on the Country Music genre including Kyla Jade, Kaleb Lee, and Spensha Baker.  The Voice will be back Monday, May 14 at 8 p.m. EDT on NBC, where the Top 8 semi-finalists will compete once again. Be sure to follow your favorite singers and see how the Country Music singers perform.