‘The Voice’ and ‘American Idol’ Will Battle Directly for Viewers 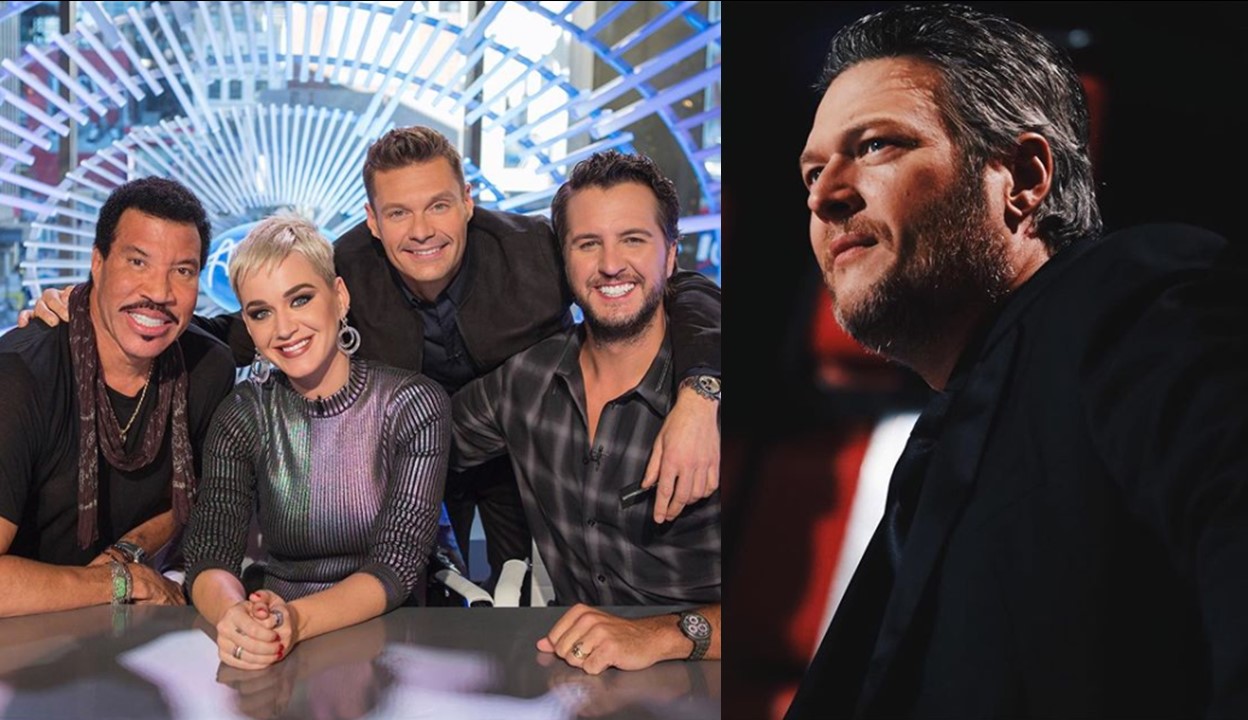 Let the battle of televised reality singing competitions begin! 'The Voice' and 'American Idol' are set to go head-to-head fighting for viewers on Monday night!

The Voice and the reboot of American Idol will now battle directly for viewers on the same night! American Idol is coming out of hiatus with a brand new season premiering on ABC this March starting with two episodes on the 11th and 12th. If you’re marking your calendars you might notice that March 11th is on a Monday— the same day and the same time as NBC’s popular The Voice. So, every Monday moving forward will pit the two shows against each other!

So which will you pick to watch live music lovers?

The Voice was introduced in 2011 and since then has had thirteen successful seasons. Country singer Blake Shelton as well as Maroon 5’s Adam Levine have appeared as judges on every season. Last year was a successful one for The Voice as it averaged 11.9 million viewers and became the highest-rated reality show on television. Alicia Keys will return to the NBC singing competition series and join returning favorites Adam Levine and Blake Shelton and first-time coach Kelly Clarkson for Season 14.

#TeamBlake's got another winner and we couldn't be more proud. 👏 #TheVoice

Premiering in 2002, American Idol became a reality television staple. During the peak of the show’s success, 38.1 million people tuned in for the singing madness! Over time, however, the ratings went downhill and the show only netted 10.2 million viewers by the end of Season 13 back in 2015.

While 10.2 million viewers is no small number, it was nothing compared to what it had once been and The Voice had begun the rise to fame and popularity.

ABC feels confident that the 2018 reboot of Idol will be well received by fans as they have some of the most popular names in music on their judging panel— Katy Perry, Lionel Richie, and country music sensation Luke Bryan.

American Idol will also be coming with a new twist- those terrible auditions that always evoked criticism from original judge Simon Cowell will no longer be shown!

“It doesn’t feel comfortable to put borderline unstable people up on stage and laugh at them,” Trish Kinane said. She also pointed out that American Idol was attempting to move away from that towards the final seasons of its first run.

The #AmericanIdol journey begins this Sunday during the @amas where you'll make one contestant's dream come true!

Keep up with Country Fancast as the battle for viewers begins this March!