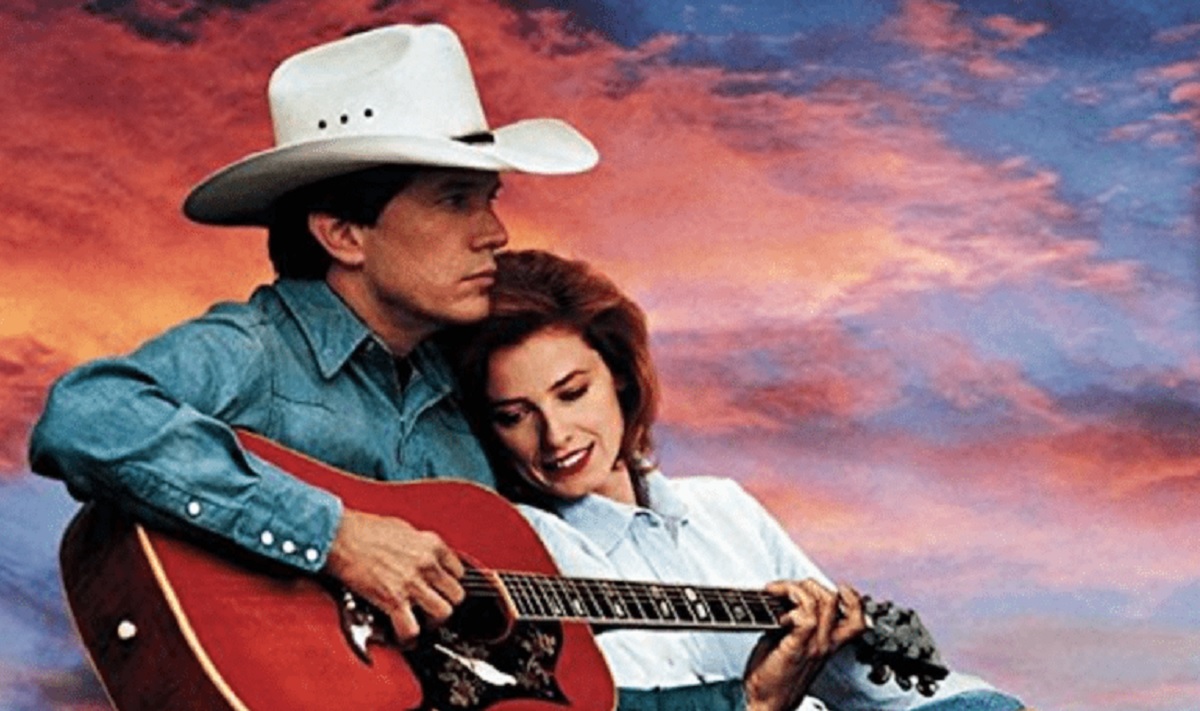 Time to get into the country music spirit this weekend with these great movies!!

There are several good Movies about country music.  Here are ten movies about Country Music that are worth watching. . .

Wyatt “Dusty” Chandler (George Strait) is one of the hottest performers in country music. Dusty feels that his elaborate stage show is overwhelming his music, a suspicion confirmed one night when he purposely forgets several bars of a chart-topping hit and his fans don’t even notice. Disillusioned, Dusty walks off after the concert without telling his manager, Lulu (Lesley Ann Warren). The only person he tells is his best buddy and drummer, Earl (John Doe), and that he’s taking a walk, but he doesn’t say where he’s going or for how long.

The film has its origins in a 1993 episode of Dr. Quinn, Medicine Woman. That year, Johnny Cash was a guest star on the show, where he and June Carter became friends with Jane Seymour, the star of the show, and Seymour’s husband James Keach who was directing the episode. By the mid-1990s, Cash had asked Keach to make a film of his life. In 1997 the basis of a screenplay written by Gill Dennis, with input from Keach came about. Two years later, still lacking any studio interest, Keach contacted James Mangold, who had been “angling to become involved in the project for two years”. In 2000, the film was finally made starring Reese Witherspoon as “June Carter” and Joaquin Phoenix as “Johnny Cash”.

Otis “Bad” Blake (Jeff Bridges) is a 57-year-old alcoholic singer-songwriter who was once a country music star. He now earns a modest living by singing and playing his guitar at one-night stands, in small town bars, in the southwestern United States. Having a history of failed marriages, Blake is without a family. He has a son, aged 28, with whom he has not had contact in 24 years. He is mostly on the road performing, staying in cheap motels and traveling in his old ’78 Suburban alone. The film opens with his arrival at a bowling alley for a show and tells the darker side of country music.

Country Strong (originally titled “Love Don’t Let Me Down”) is a film starring Gwyneth Paltrow, Tim McGraw, Garrett Hedlund, and Leighton Meester. The film, about an emotionally unstable country music star who attempts to resurrect her career, was directed and written by American filmmaker Shana Feste.

The film’s screenplay was adapted by Aaron Latham and James Bridges from an article by the same name in Esquire Magazine written by Latham. The original Esquire article centered on the romance between two Gilley’s regulars named Dew Westbrook and Betty Helmer. Westbrook and Helmer’s real life relationship became the inspiration for the on screen romance between John Travolta’s and Debra Winger’s characters “Bud” and “Sissy”.

Based on the inspiring true story of living legend Dolly Parton’s remarkable upbringing, this once-in-a-lifetime movie special takes us inside the tight-knit Parton family as they struggle to overcome devastating tragedy and discover the healing power of love, faith and a raggedy patchwork coat that helped make Dolly who she is today. There are now rumors for a sequel brewing!

Red (Clint Eastwood) is a a roguish country-western musician, he has just been invited to audition for the Grand Ole Opry, his chance of a lifetime to become a success. However, it is a long way from Oklahoma to Nashville and Red is broke and sick with tuberculosis to boot. Whit, 14, seeing his own chance of a lifetime to avoid “growing up to be a cotton picker all my life,” begs his Ma to let him go with Uncle Red as driver and protege.

Aspiring songwriter Violet Sanford leaves her hometown of South Amboy, New Jersey to pursue her dreams in nearby New York City. She finds herself working at the infamous bar where the bartenders have more attitude than the customers can sometime handle. Violet finds her confidence as a bartender and the boost she needs to continue following her songwriting dreams.

“The story of two friends in a bad ol’ business”, Doc Jenkins (Willie Nelson) is a singer/songwriter who tries to leave his singer/songwriter roots to be a music “mogul” and gets tangled up in a bad publishing deal. He enlists a team of cronies, including a young singer and his former singing partner Blackie Buck (Kris Kristofferson) and together they execute his plan to get out of the deal. This could be the roots of the Texas “anti-Nashville” sentiment.

Remember to “share” these movies about country music with other Country Music fans!