The Swon Brothers’ Talk About Their First Stagecoach Music Festival 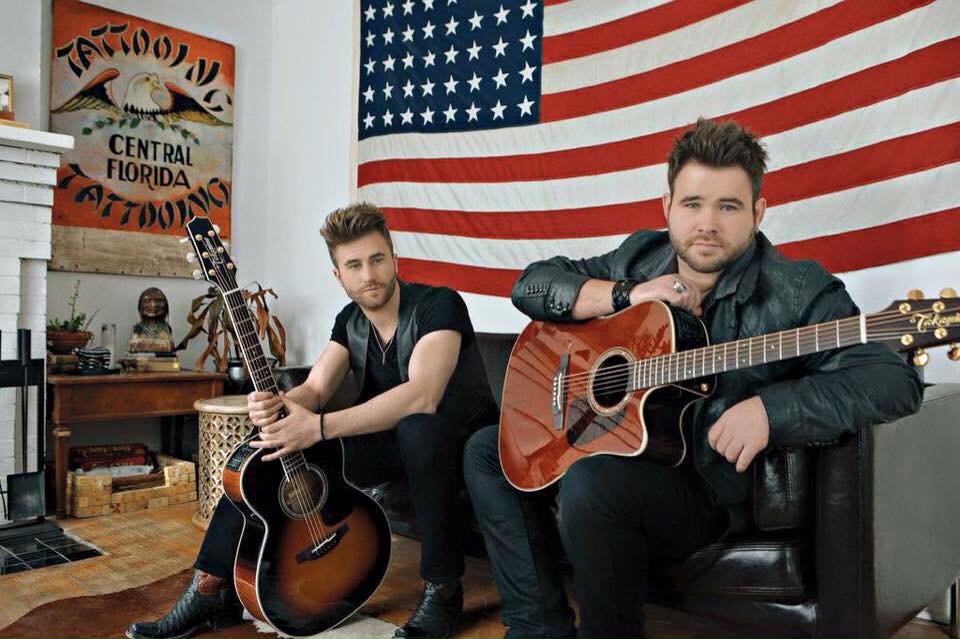 In an interview with Star Pulse, The Swon Brothers talk about their recent Stagecoach Music Festival performance.

Stagecoach Music Festival was a first for a lot of great new country music acts including Cam and The Swon Brothers. Even Miranda Lambert discovered a new artist, Clare Dunn, to join her Roadside Bars and Pink Guitars tour. The experience was a special one for them all, especially The Swon Brothers.

They played the Mane Stage and opened with their song “What I’m Thinking About” Sunday afternoon to a full crowd.

Singing hits such as “95” and “Pretty Beautiful,” the duo exchanged friendly quips with each other and interacted with the crowd.

The brothers rose to fame after competing on the popular TV show, “The Voice,” where Blake Shelton was their coach. Although the pair finished third, they gained a strong fan following from the show. To those fans’ excitement, they performed “Fishin’ In the Dark” and “Later On.”

Star Pulse had a chance to catch up with The Swon Brothers right after their debut performance at Stagecoach. The brotherly duo talked about Stagecoach and their rise to fame.

Starpulse: I just saw you guys perform, it was awesome! Tell me what its like to be first time performers at Stagecoach.

Colton: It was awesome!

Starpulse: Have you ever been here before?

Zach: We have been to California before but it’s our first time at Stagecoach.

Starpulse: Have you had a chance to see anyone perform?

Colton: Not yet but we are going to stick around to see Blake.

Starpulse: What’s this I hear about you guys hanging out with the Dallas Cowboy cheerleaders?

Zach: You know, they all wanted to date me and it was hard to pick one so we just picked them all! No, we actually did a few events where they were present and I mean, who doesn’t want out hang out with them!

Starpulse: How has your dynamic changed as brothers over the years since you have been performing as kids? Do you fight or always get along?

Colton: Always fighting, we are brothers and that is never going to change.

Zach: We probably tick each other off more than anyone could but when we were younger, we got really physical with each other now we don’t so much anymore, we just know when to walk away.

Starpulse: I heard you grew up down the street from Carrie Underwood, did you guys ever hang out?

Zach: We are actually on the same record label, so it’s crazy! She was a town over so it was about ten minutes from us and we did a lot of talent shows when we were younger and ended up going to college with her for a while. She’s always been great; a good friend.

Starpulse: You were on Team Blake on The Voice
and now you are performing here with him, what’s that like?

Colton: So cool. He was actually there watching us.

Zach: We came off the stage and he was sitting right there on an ice chest. Yeah, it was awesome.

Starpulse: Who would you love to collaborate with, dead or alive?

Colton: I would love to do something with Elvis Presley.

Zach: He took my answer! But I would also say anyone from the Eagles.

The Swon Brothers | Listen for free at bop.fm

For more coverage on The Swon Brothers CLICK HERE.