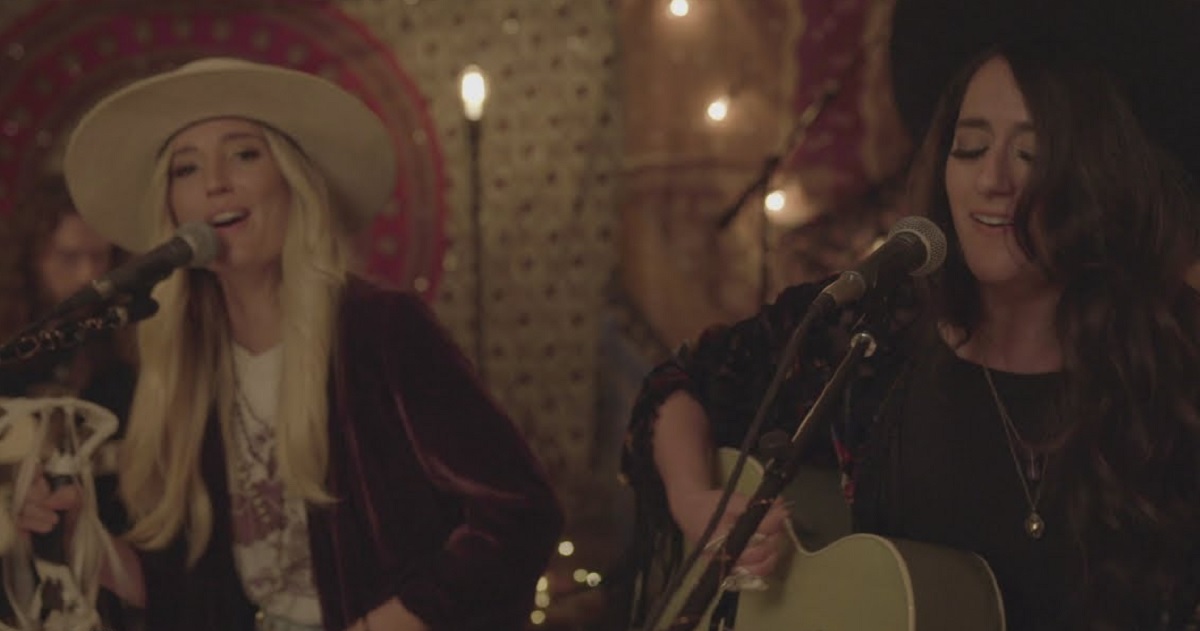 The Sisterhood Band Half Way song released in 2018.  The country music duo released their Half Way music video as a live acoustic performance.

This is a break-up song from the rising country music duo.  The Sisterhood is comprised of Alyssa and Ruby’s soaring harmonies and natural chemistry. Both ladies have a strong musical heritage as Alyssa is the daughter of Kathie Baillie & Michael Bonagura (country band Baillie & The Boys) and Ruby’s father is rock legend Rod Stewart.  Enjoy watching the performance of “Half Way” below.

The Sisterhood creates an interesting combination of classic West Coast folk & and the swagger of timeless rock n’ roll.  The due is powered by Alyssa and Ruby’s textured harmonies and genuine chemistry.

The pair met through a group of musical friends and bonded over growing up in the music business.  They both share a mutual love and idolization of folk goddess Joni Mitchell,

Remember to “share” The Sisterhood Band Half Way song with other Country Music fans.