The Pistol Annies Reunite for a Performance in Georgia! 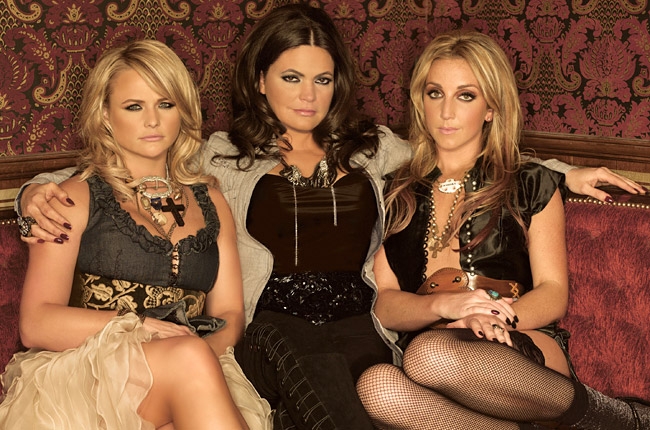 Fans in Augusta, Georgia got a rare performance from the super-group Pistol Annies.

Miranda Lambert, Ashley Monroe and Angaleena Presley make up the country music trio Pistol Annies and they are back in action! The group saw much success with their hit “Hell on Heels” back in 2011, then busy schedules got in the way and the group split up so each of the country music singers could pursue their solo careers. It appears now the ladies are giving it another shot as they reunited on stage in Augusta, Georgia this past Friday night (Oct. 2nd).

The show was a stop on Miranda Lambert‘s Roadside Bars and Pink Guitars tour and soon word got out via social media that the trio was back on stage together. In the video below you can see how much fun the ladies are having, which puts to rest rumors that there was some bad blood between them that contributed to the break up.

The women have repeatedly denied rumors that there were any problems aside from their busy schedules.

“I think we’ve told what happened, it’s funny how people just make up things, even after you tell what happened,” Monroe said in 2014. “It is what we said it was, we didn’t have time to rehearse for the tour, and we wanted to be our best. And it’s really as simple as that, but it’s entertaining to read all the different views. All the soap opera stories people can make up!”

Presley also comments that the demands of their individual careers have kept them apart.

“We’ve decided at some point we’ll be Pistol Grannies together, but we just had to make a choice and decide,” she explains. “When Ashley and I didn’t have that much going on, it was easy to coordinate our schedules. We just had to take a little break, but never say never.”

Hopefully we get to see more of the lovely Pistol Annies!