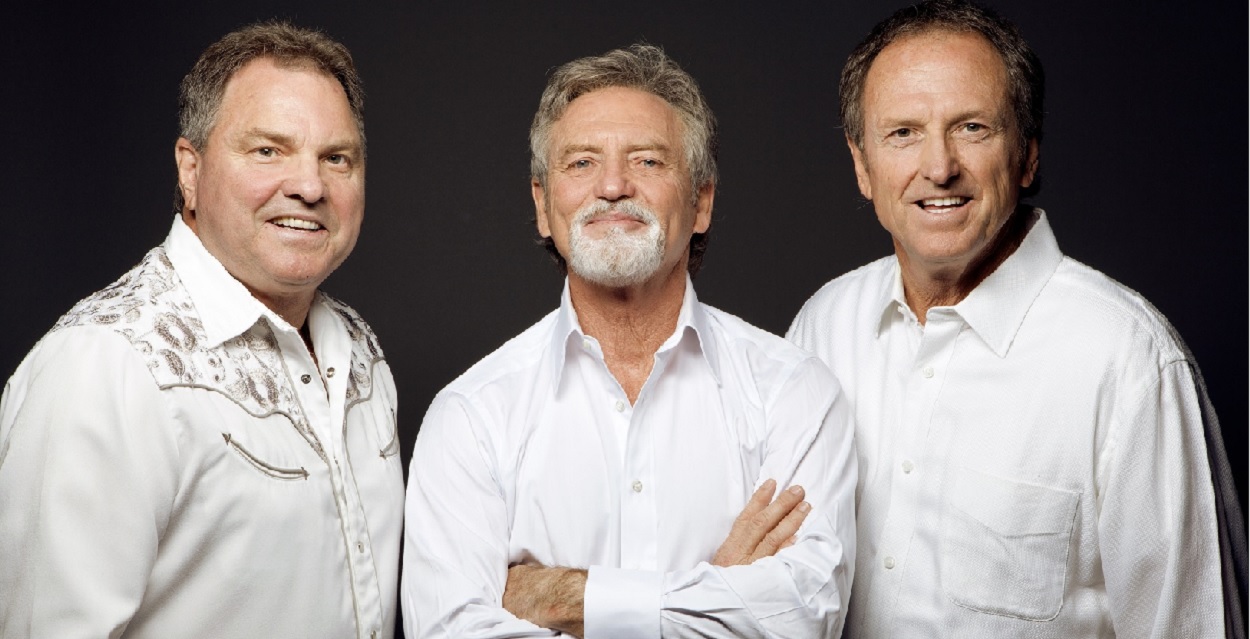 Enjoy watching The Gatlin Brothers perform two of their songs in a live performance here. . .

The Gatlin Brothers is comprised of brothers Larry, Steve, & Rudy and are a Grammy Award-winning trio.  The brothers have entertained audiences for more than sixty years with a lifetime of noteworthy achievements.  They won a Grammy for Best Country Song (“Broken Lady”), three ACM awards for Single of the Year (“All The Gold In California”), Album of the Year (Straight Ahead) and Male Vocalist of the Year for Larry Gatlin.  The Brothers have accumulated 7 # 1 Singles, 32 Top 40 Records, and 22 Studio Albums.

Larry Gatlin was born in May 2, 1948 in Seminole, Texas, the son of a driller in the oil field. The oldest of the three Gatlin brothers, he was by age seven, already accompanying younger brothers, Steve and Rudy in singing at family and church events. Steve Gatlin is the middle Gatlin brother (born in Olney, Texas in 1951).  Rudy Gatlin is the youngest brother who was born August 20, 1952.  Rudy was raised on gospel music in a musically talented family with his mother playing the piano and his father playing the guitar. They taught him to sing harmony, listening to the albums of gospel groups like the Statesmen Quartet and Blackwood Brothers Quartet. He was just two and-a-half when big brother Larry, age six (along with their Aunt Nell) convinced their mother he was ready to join him and Steve, age four. Winning a talent show in Abilene, Texas, they started singing in church, on radio and the “Slim Willet Show” on KRBC-TV.

Enjoy watching the Gatlin brothers perform two of their songs below.

Remember to “share” this with other country music fans.