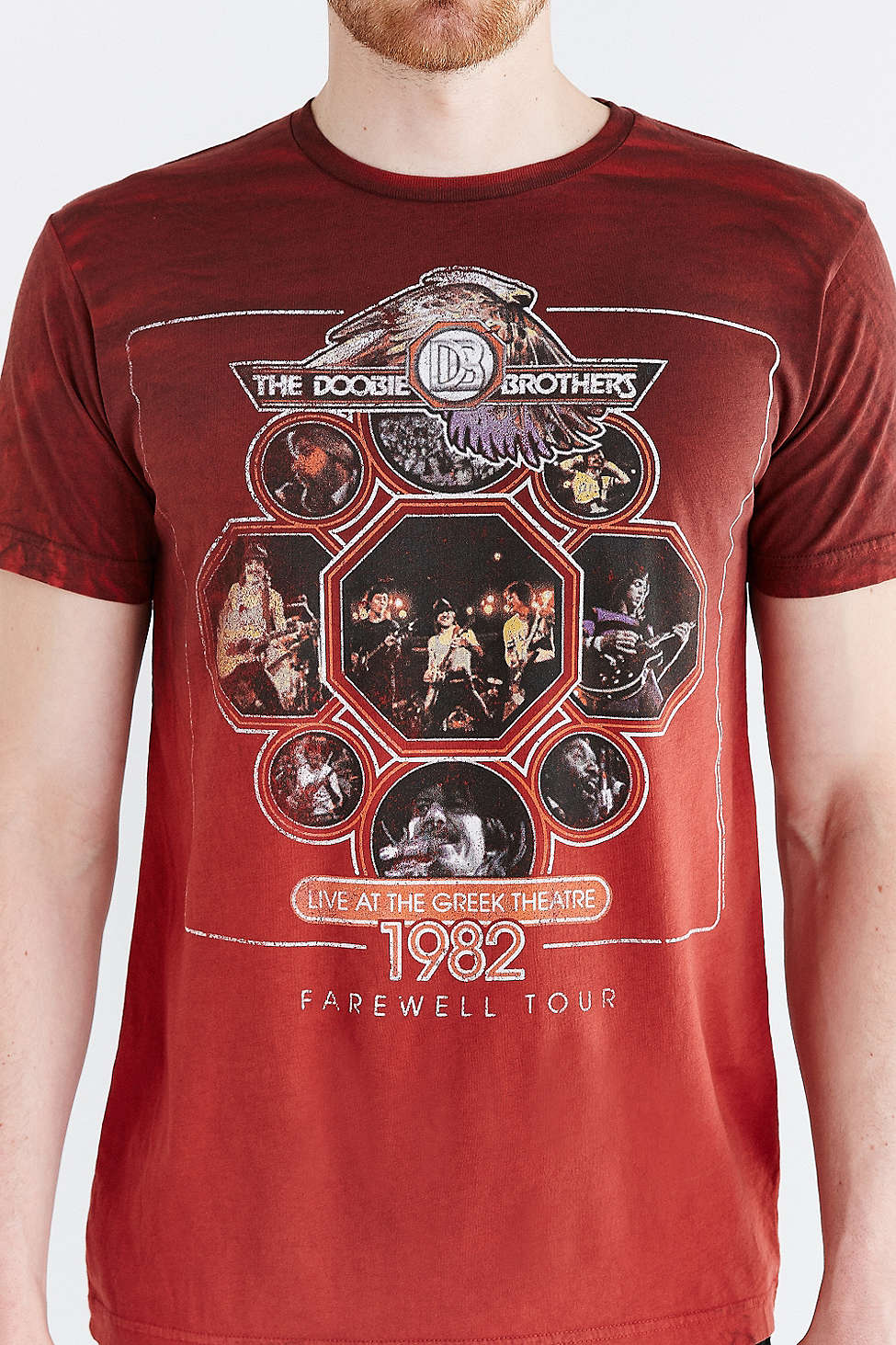 Say hello to The Doobie Brothers' farewell tour tee shirt from 1982, it's back! Read and purchase below!

In 1982, The Doobie Brothers had been performing for 12 years, with a sound that evolved into an infectious and unique style of rock that was taking the world by storm. Their sound was polished from huge amounts of touring and hard work.

However, around this time, Patrick Simmons (guitar and lead vocals) wanted to make a change and reduce his amount of time on the road and decided to leave the group. Because of Patrick’s departure, the band made the ultimate decision to part and go their separate ways.

To help show their appreciation to their legion of worldwide fans, the band decided to do one final farewell tour to wrap things up. The tour was huge and the last official show was on September 11, 1982 in Berkeley, California at the historic Greek Theatre. This was an emotional night for the whole band, the crew, and the fans who got tickets to this final show.

To help commemorate their final show at the Greek Theatre, The Doobie Brothers sold an awesome tee shirt to their lucky fans in attendance. Amazingly, this tee shirt was recently re-issued for the world to purchase, at Urban Outfitters.

This tee shirt holds a lot of meaning for The Doobie Brothers and they are honored to have it circulating again.

Thankfully the band is back together now, reforming in 1987, and now going stronger than ever. If you’d like to enjoy this piece of history for yourself, you can purchase the tee at the button below, and if you’d like more Doobie Brothers news like this, click HERE!

Let’s all be glad their farewell wasn’t final.