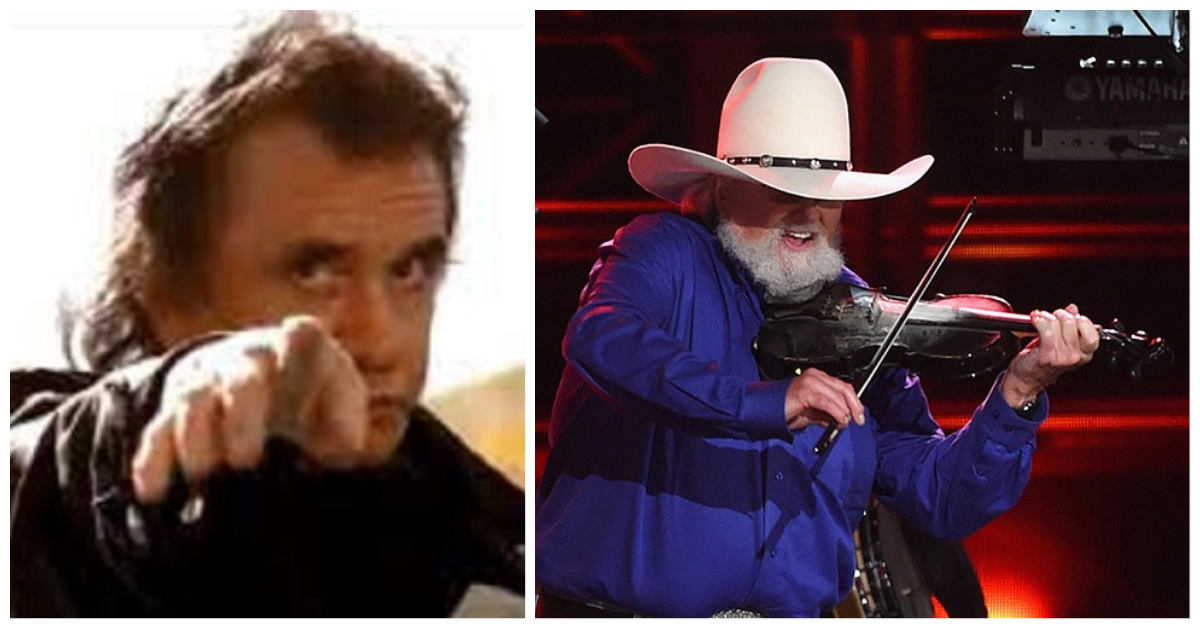 The Devil Comes Back to Georgia song is a sequel to The Charlie Daniels Band’s 1979 hit “The Devil Went Down to Georgia”.  This classic tune features the late Johnny Cash as the song’s narrator, Marty Stuart as the voice of Johnny, Travis Tritt as the voice of the devil, and Mark O’Connor as the fiddle player for Johnny’s solo.  The late Charlie Daniels is wearing sunglasses and playing the fiddle for the Devil’s solo.

This Mark O’Connor production was Grammy nominated and features 14 of his violin and fiddle playing heroes.  This song was released in 1992. The sequel to the original “Devil Comes Back to Georgia” was done here with an all star cast.

Watch the epic music video and see the written lyrics below.

Devil Comes Back to Georgia Video

Devil Comes Back to Georgia Lyrics

It’s been ten long years since the devil laid his fiddle at Johnny’s feet
And it burned inside his mind the way he suffered that defeat
In the darkest pits of hell the devil hatched an evil plan
To tempt the fiddle player for he’s just a mortal man
“The sin of pride, ” the devil cried is what will do you in
“I thought we had this settled, I’m the best there’s ever been.”
Johnny did you ever know that time keeps marching on
The coldest hour is the one comes just before the dawn
The devil’s back in Georgia will you stand up to the test
Or will you let the devil be the best?
“In truth I haven’t played much since the baby came in June
But give me half a minute an’ I’ll get this fiddle back in tune”
The devil grabbed the golden fiddle out of Johnny’s hand and said
“Though I’m the fiddle player underground and I walk upon the land”
“Y’all just better be just turnin’ back if you want this boy to win
‘Cos practice is the only cure for the predicament he’s in”
“Now devil it would be a sin for you to get my bow
You go on back to hell and to the wood shed I will go”
Johnny are you practising or will your hands grow cold?
The devil walks the land and plays a fiddle made of gold
Can you hear the babe a crying, will he ever know
The devil wants his daddy’s very soul?
“Before we play I want to thank you for letting God’s own Word ring true
He said you can’t be trusted” “Yes but what you gonna do?”
“Well you get your fiddle devil if you think that you can win
‘Cos I beat you once you old dog and I can whip your butt again”
John Brown’s green, the devil is red
Mama’s little baby loves shortnin’ bread
The devil’s dream is that he can win
But Johnny is the best that’s ever been

Remember to “share” the Devil Comes Back to Georgia song with other country music  fans !