The Charlie Daniels Band: The Devil Went Down to Georgia (Video and Lyrics) 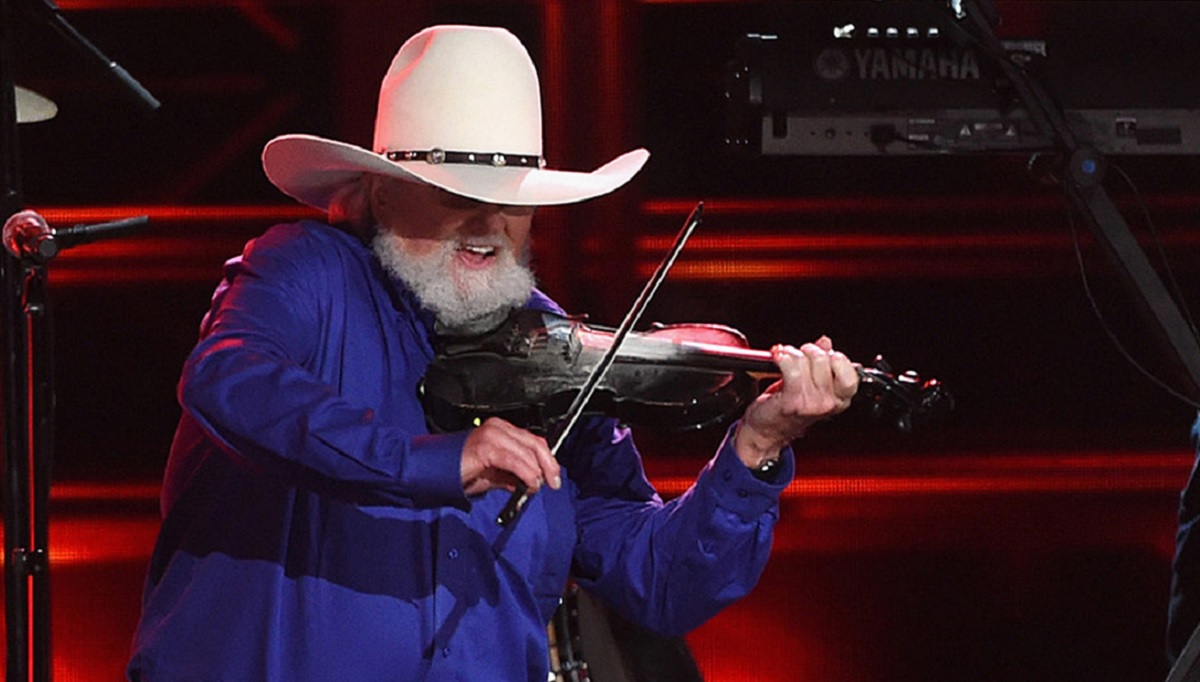 The Devil Went Down to Georgia is a timeless country music classic with some of the best fiddle playing in a country bluegrass tune . . .

The Devil Went Down to Georgia is a song written and performed by the Charlie Daniels Band and released on their 1979 album Million Mile Reflections. This country classic song tells the story of a young man named Johnny, in a variant on the classic deal with the Devil.  This song was the band’s biggest hit, reaching number three on the Billboard Hot 100 and #1 on the Billboard Hot Country Songs chart, The original version of the song spent fourteen weeks on the Hot Country Singles charts in 1979, peaking at number 1 and holding the position for one week starting August 25, 1979.
The song is a bluegrass tune about the Devil’s failure to gain a young man’s soul through a fiddle-playing contest. The song begins as the Devil arrives in Georgia, apparently “way behind” on stealing souls.  He comes upon a young man named Johnny who is playing a fiddle.  Out of desperation, the Devil, wagers a fiddle of gold against Johnny’s soul to see who is the better fiddler. Although Johnny believes taking the Devil’s bet might be a sin, he accepts, confidently boasting that “I’m the best that’s ever been.”

The music video became the most popular of Charlie’s career with over 40 million views as of February of 2022.  Watch the music videos to see Johnny beat out the devil and see the written lyrics below.

The Devil Went Down to Georgia Music Video

The Devil Went Down to Georgia (Audio)

The Devil Went Down to Georgia Lyrics

The devil went down to Georgia, he was lookin’ for a soul to steal
He was in a bind ’cause he was way behind
And he was willin’ to make a deal
When he came across this young man sawin’ on a fiddle and playin’ it hot
And the devil jumped up on a hickory stump
And said, “boy, let me tell you what”
“I guess you didn’t know it but I’m a fiddle player too
And if you’d care to take a dare, I’ll make a bet with you
Now you play a pretty good fiddle, boy
But give the devil his due
I’ll bet a fiddle of gold against your soul
‘Cause I think I’m better than you”
The boy said, “my name’s Johnny and it might be a sin
But I’ll take your bet, you’re gonna regret
‘Cause I’m the best there’s ever been”
Johnny, rosin up your bow and play your fiddle hard
‘Cause Hell’s broke loose in Georgia, and the devil deals the cards
And if you win, you get this shiny fiddle made of gold
But if you lose, the devil gets your soul
The devil opened up his case and he said, “I’ll start this show”
And fire flew from his fingertips as he rosined up his bow
And he pulled the bow across the strings
And it made a evil hiss
Then a band of demons joined in
And it sounded something like this
When the devil finished, Johnny said, “well, you’re pretty good, ol’ son
But sit down in that chair right there
And let me show you how it’s done”
“Fire on the Mountain” run boys, run
The devil’s in the House of the Rising Sun
Chicken in a bread pan pickin’ out dough
Granny, does your dog bite? No, child, no
The devil bowed his head because he knew that he’d been beat
And he laid that golden fiddle on the ground at Johnny’s feet
Johnny said, “Devil, just come on back if you ever wanna try again
I done told you once you son of a bitch, I’m the best that’s ever been”
He played “Fire on the Mountain” run boys, run
The devil’s in the House of the Rising Sun
The chicken in a bread pan pickin’ out dough
Granny, will your dog bite? No child, no

Remember to “share” The Devil Went Down to Georgia with other Country Music and Bluegrass fans !!