The Band Perry Gentle on My Mind Video and Lyrics 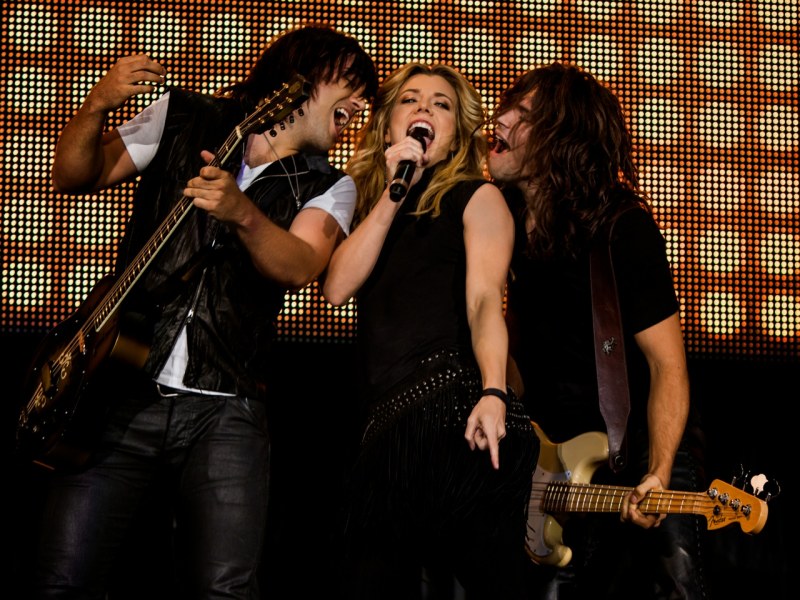 The Band Perry is almost finished with their much anticipated third studio album, which they say will be announced VERY soon!

The Band Perry Gentle on My Mind was released in 2015 as a track on the Glen Campbell I’ll Be Me Soundtrack album.  The band also discussed their upcoming album.

“We’re going to have a big announcement,” lead singer Kimberly Perry hints to Taste of Country.

The three piece band, which also includes brothers Reid and Neil Perry, are keeping quiet about their next project although, like make country music peers, they say that this next project is going to be different from their previous works.

“We always make albums very visually,” Kimberly Perry notes. “Our first album, we had pictures of county fairs on our mind, very romantic things. On Pioneer, we envisioned marching bands and armies moving forward together; it was a very intense album.

“This album, we’re dreaming in color,” she continues. “Everything is so colorful and enthusiastic and happy. We’re walking out of the studio with giant smiles on our faces.”

Perry also hinted that they may have some guest appearances on the album as well!

“We’ve learned so much as songwriters, and we’ve also made a lot of new friends that we’ve brought into the writing and recording room,” Kimberly Perry says, adding that one collaboration will be a big surprise.

“We’re working on an 11th hour one that will be pretty exciting,” she adds. “There are some very unsuspecting country music fans out in the world — some folks you have no idea are obsessed with country and cowboy boots and cowboy hats.”

“For this new record we’re actually, we’re mixing it up. We have a lot of interesting things happening. You know, the co-writes are one thing we’ve gotten really excited about as well,” Kimberly Perry notes.

“There’s a new girl that’s been here in Nashville writing, her name is Audra Mae (Miranda Lambert‘s “Little Red Wagon”), she’s a very spirited young lady. So we’ve just made a lot of new writing friendships, and we can’t wait for you guys to hear it.”

Watch the music video for “Gentle on My Mind” and check out the lyrics below.

The Band Perry Gentle On My Mind Video

The Band Perry Gentle On My Mind Lyrics

Remember to “share” The Band Perry Gentle on My Mind song with other Country Music fans.