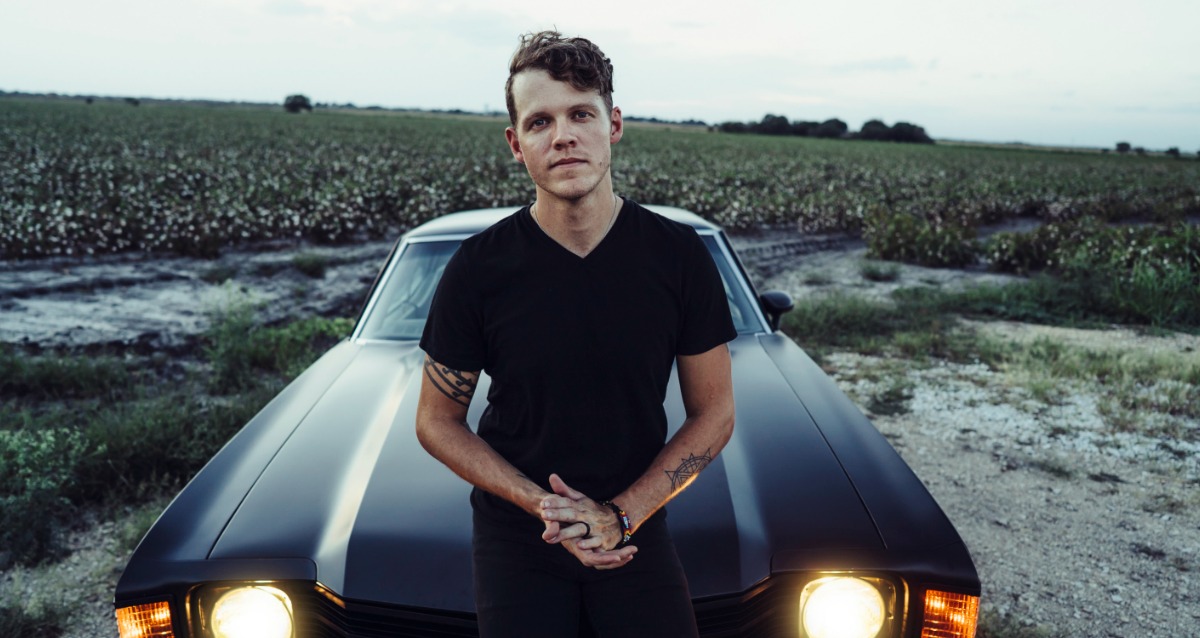 “Waiting For The Fall” is from Sam Riggs’ upcoming album and is a bittersweet story of saying goodbye to love at summer’s end.

Up and coming country music artist Sam Riggs is poised to release his third studio album and has sent the first single from the project to radio titled “Waiting For The Fall”.

“’Waiting for the Fall’ is an idea I had awhile ago and is based on the premise of being young and being a kid” Riggs said.

“It’s sung from the standpoint of a guy who’s sort of been in love with this girl for awhile. She’s in love with him and they grew up together. And he is definitely blue collar and she comes from the other side of the tracks. She’s moving off to college and he’s not. He’s going to stay back and work. So it’s about getting that last little bit of summer, that last summer they have together before she goes to school. Waiting for the fall to come and also waiting for the fall of their relationship” continues Riggs.

“Waiting For The Fall” was written by Sam Riggs, Josh London, and John Paul Williams. London and Williams are signed to Major Bob Music. Riggs management company is beyond excited about the song and what impact it will have on Riggs’ career.

“We are so excited to finally share new music. Once the song was recorded we knew we wanted to share it with fans quickly. It’s the perfect song to wrap up this summer and carry us into the fall” said Haley Elander of Triple 8 Management.

Riggs music has become an essential piece of the red-dirt scene in Texas, though it’s earning a distinct spot in the national consciousness as well. Riggs’ last album – the 2016 release Breathless, distributed by Thirty Tigers – debuted at No. 12 on the Billboard Country Albums chart.

Riggs himself is not only a fantastic singer and songwriter, but is also a licensed pilot (just like fellow Texan/Musician Dierks Bentley). There is a story that Riggs shares that he relates to his attitude in music.

Riggs was flying a single-engine plane from Austin, Texas, to San Angelo in the spring of 2017 when he heard the oddest sound: Nothing. Catastrophic engine failure. He’d lost all power, and had about 6,500 feet to figure out how to escape a potentially fatal problem.

“There was,” Riggs recalled, “a moment of panic, a moment that felt very surreal.”

Riggs managed to pulled it together. With the help of air traffic control, he found an abandoned airstrip on a Lone Star cattle ranch and touched down without a scratch. One of his most perilous moments ended up becoming one of his smoothest landings as a pilot.

Man, this life is short… but it's wide, too. So grateful for all of the people I've met along the way- the experiences, the songs we've sang, and the thousands of miles of highway in between here and the next place… here's to you and your life. May it be everything you've ever wanted, and may you always find a mountain to climb. Because, what would life be without a challenge to overcome? 🏜🏔✈️🚌⛵️

The way that he handled the airplane incident is something of a metaphor for Riggs’ life. He’s a wild live performer, an inveterate risk-taker and an enthusiastic adventurer. As a self-sustaining, independent singer/songwriter, he’s taken a leap of faith on more than one occasion, always willing to back up his plunges with a voracious amount of work.

“That’s just how my life has always gone,” Riggs says with a laugh. “I’ve sort of become used to it.”

“Even before we worked with Sam we were fans. When we saw the ability Sam has to connect with his fans it was even more exciting. Sam’s versatility, drive, and passion for the music allows his future to be limitless” said Eddie Kloesel from Triple 8 management.

Check out the latest release from the incredible Sam Riggs titled “Waiting For The Fall” below and be sure to follow this up and coming artist!