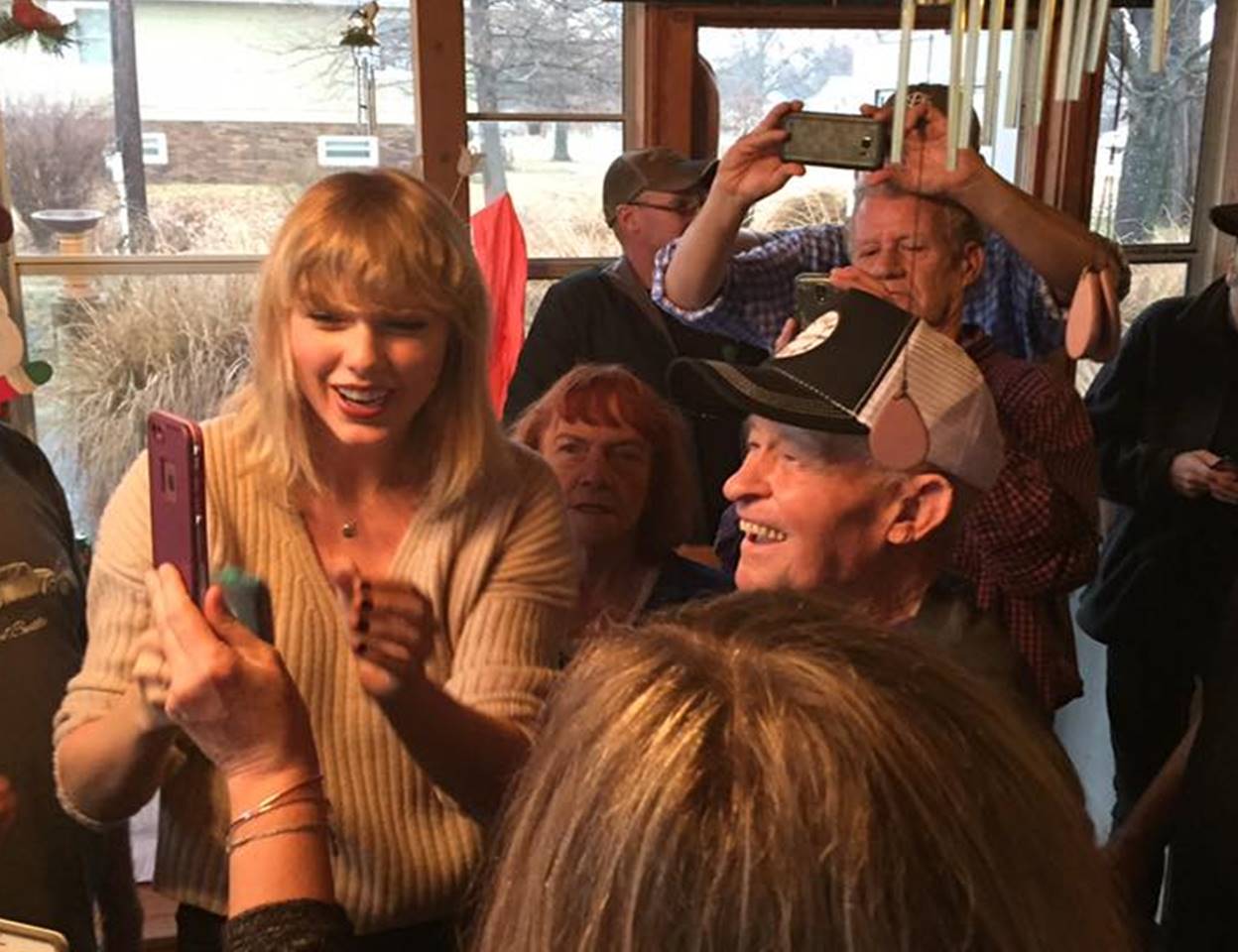 Okay, we get that Taylor Swift “isn’t country,” at least anymore, but this story is just too good not to bring up. The 27-year-old superstar made a very special journey to New Madrid, Missouri on Monday to pay 96-year-old superfan Cyrus Porter a visit.

The WWII Veteran recently expressed his love for the entertainer in an interview with local news outlet KFVS.

“Yea I’ve been to two concerts. Memphis and St. Louis. Look what she does… she puts on a show no one else puts on,” Porter expressed about seeing his favorite artist.

The patriarch has used his knowledge of all things Taylor Swift to form stronger bonds with his more than 20 grandchildren. Thankfully, the sweet interview went viral and the star decided to surprise Porter, and nearly 60 of his relatives, while they celebrated the holiday season at his home.

Watch the big moment as it was captured by Taylor’s father, Scott, below!

The family’s outburst of pure joy is incredible to behold and the look on Porter’s face is priceless. Swift performed her catchy hit “Shake It Off” for the entire gathering— of course they danced and sang along!

What a cool moment! We’re thrilled that Taylor and Cyrus got to connect face-to-face and share a memory together.

Be sure to share this feel-good story with others!