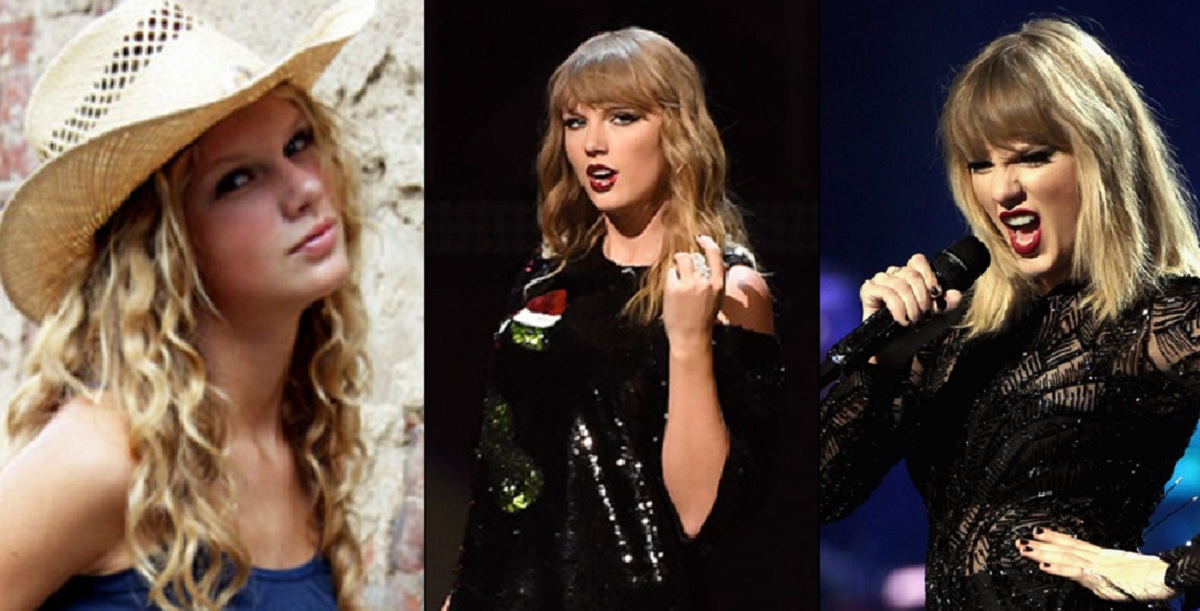 Watch Taylor Swift's Country to Pop music evolution across a selection of her music videos.

Taylor Swift’s Country to Pop transition happened quickly after her debut release of her “Tim McGraw” song in 2006.   Watch Billboard Media Group’s video taking a look back at how Taylor’s music videos have evolved since her Country Music days.  The music video evolution covers several of Taylor’s top music videos spanning over a decade including:

Enjoy the Billboard production below.

Taylor’s move away from Country Music to Pop prompted Brad Paisley and Carrie Underwood to make some Taylor Swift digs at the 2014 CMA Awards.  The pop star was in the audience as Underwood and Paisley joked about an epidemic that was sweeping the nation: “Post-Partum Taylor Swift Disorder, or PPTSD”.

“President Obama doesn’t care about PPTSD,” Paisley joked,  “Who’s gonna fill her shoes?” they sang. “Who’s gonna be that tall? …Country music is just gonna have to shake it off,” they chimed, before noting that they hoped Swift would come back to country at some point.

Remember to “share” this with other Taylor Swift fans.