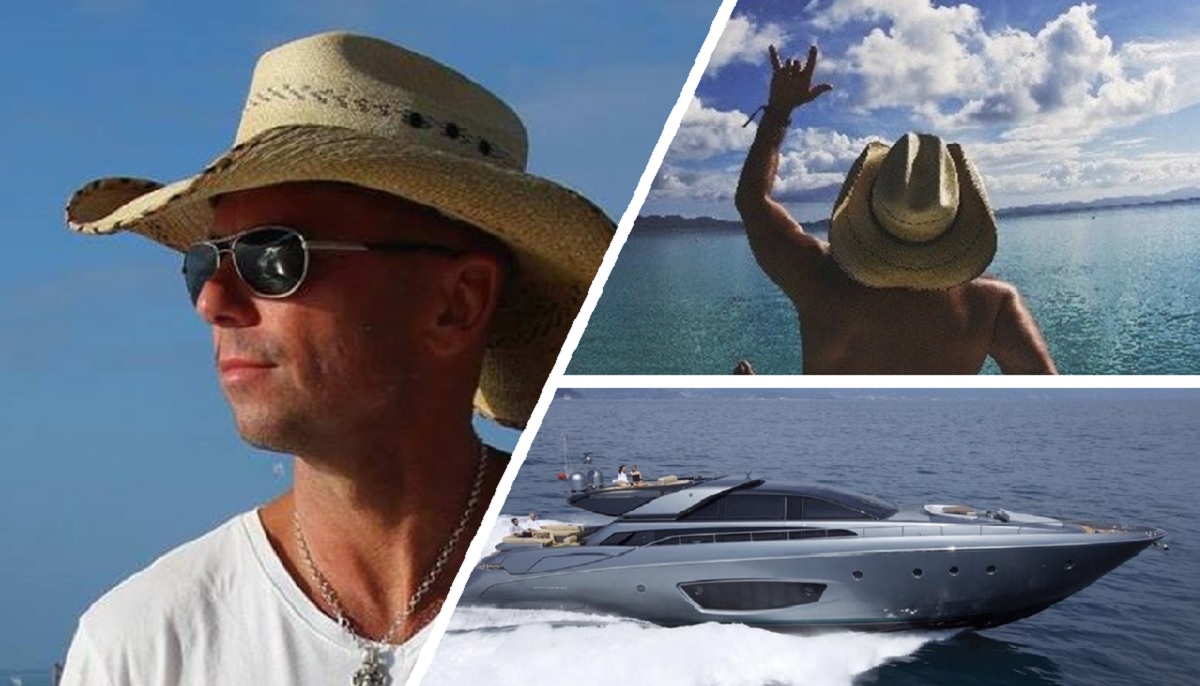 Kenny Chesney's boat happens to be a sleek Italian Yacht that is over 80 feet long and carries a whopping price tag.....

Kenny Chesney’s boat obsession has been a multi-year journey and he certainly loves living the “no shoes” lifestyle. There has been plenty of internet controversy over Kenny’s boats. Some sources reported that the boat featured in his “Come on Over” music video was a loaner boat and that Kenny still owns a Sea Ray boat. Other sources report that his latest boat is a 63’ Riva Virtus that features 2 large sundecks, 4 cabins, and reportedly has a price tag new of over $3M.

After some research, it appears that Kenny sold his Sea Ray boat to a Yacht Charter company in the Virgin Islands and currently does own a Riva Yacht that is indeed featured in his music video. However, Kenny’s boat is the much larger Riva Domino that has a size range of 86′ – 92′. The boat is a sleek stunner in the music video and a new version of this boat fully loaded is over $6M. Watch the music video featuring Kenny’s Riva Yacht, check out details of his current Yacht, and see his prior boat history below.

The music video was filmed in Fort Lauderdale, Florida with some ocean scenes near Miami Beach, Florida. Chesney released the video in 2012 and has described the music video as a “classy booty call.” His 86′ Riva Yacht plays a leading role in this video.

The lyrics for “Come Over” were written by Sam Hunt, Shane McAnally, and Josh Osborne. The video features a cameo from Kenny’s dog, Poncho, standing on a paddleboard with Chesney.  Courtney McCann (a model from Bakersfield, CA) stars as Kenny’s love interest in the music video.

Rock star Sammy Hagar tweeted a photo of Chesney reaching from one yacht to another for a plate of chef Emeril Lagasse’s ribs (Tweeted on Feb 12, 2017).  This provides some photo proof that Kenny does own the boat featured in his music video.  Apparently, Sammy Hagar and celebrity chef Emeril Lagasse were cruising off the coast of Fort Lauderdale, Fla., (Saturday, Feb. 11, 2017) during Emeril’s charity fishing tournament.They ran into Kenny Chesney on his multi-million-dollar Riva yacht. 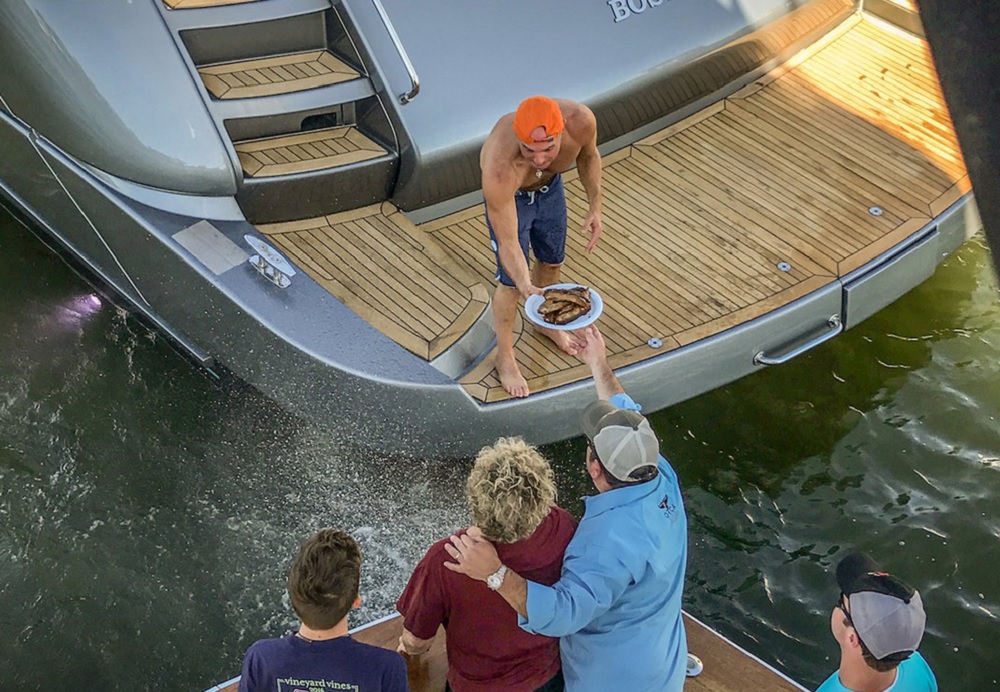 Sammy made the  following post on his website, “An hour into the boat ride we saw this big gorgeous gunmetal gray 86ft Riva with a few beautiful people on it—I looked closer and noticed it was Kenny Chesney! I screamed at him and he stopped, backed up, and we had a couple high-fives, a toast, and Emeril handed over to Kenny a big plate of barbecue ribs and a jar of about a half pound of beautiful caviar—can you believe this sh*t!? We said goodbye and then Kenny showed up at the event later that night at the Marina Club House, and jumped on stage to sing a really soft version of “Eagles Fly.” Vic and I played an acoustic set for over an hour, and Kari joined in for “One Sip,” “When the Sun Don’t Shine,” and “All We Need Is An Island”—it was an unbelievably satisfying and successful event!  Afterwards, Kenny hung out and we polished off a couple bottles of Da’ kine, what a night!”

Watch the video below for a tour of the Riva Domino from the Italian Yacht company and see Kenny’s prior boat below.

This 26 metre coupè is a result of the working relationship between Officina Italiana Design (the exclusive designer of all the yachts in the Riva range), AYT – Advanced Yacht Technology, Ferretti Group’s naval research and design centre, and the team of architects and designers of Centro Stile Ferrettigroup.This yacht is ideal for both long cruises and daily life on board.

Kenny’s professed love of boats goes way back in his career.  He recorded a song titled ‘Boats’ for his ‘Lucky Old Sun’ album.  The song lyrics include, “”vessels of freedom/harbors of healing”.  Kenny grew up in Knoxville, TN in the foothills of the Smokey Mountains and believes that a prior ancestor must have been a beach bum.   Kenny stated in a prior interview, “I’ve always felt a certain sense of peace and freedom on the boat that I don’t get on the tour bus. On the road, there’s always something to do and some place to be. My life is full of expectations. But on the boat, I can take a deep breath and be myself.”

Kenny used two own two Sea Rays over 50′ and one of his boats “Take It Easy 2” is now a rental Yacht.  The website for the Yacht charter shows the below image and description of the two boats.

52’ LOA Take It Easy 2, are both Sea Ray Express Cruisers. Each gorgeous yacht can host up to 12 passengers in total lavish comfort. Both are wonderfully appointed for the even most discriminating traveler making them the perfect St. John or St. Thomas boat charter for a private day trip around the US and British Virgin Islands.

Kenny Chesney’s “Save it for a Rainy Day” music video is also all about the boating life. This music video features Kenny on a Viking Yachts 45′ beauty that plays a central role in the music video.

“Save it for a Rainy Day” Music Video

Remember to “share” this with other boat lovers and country music fans!