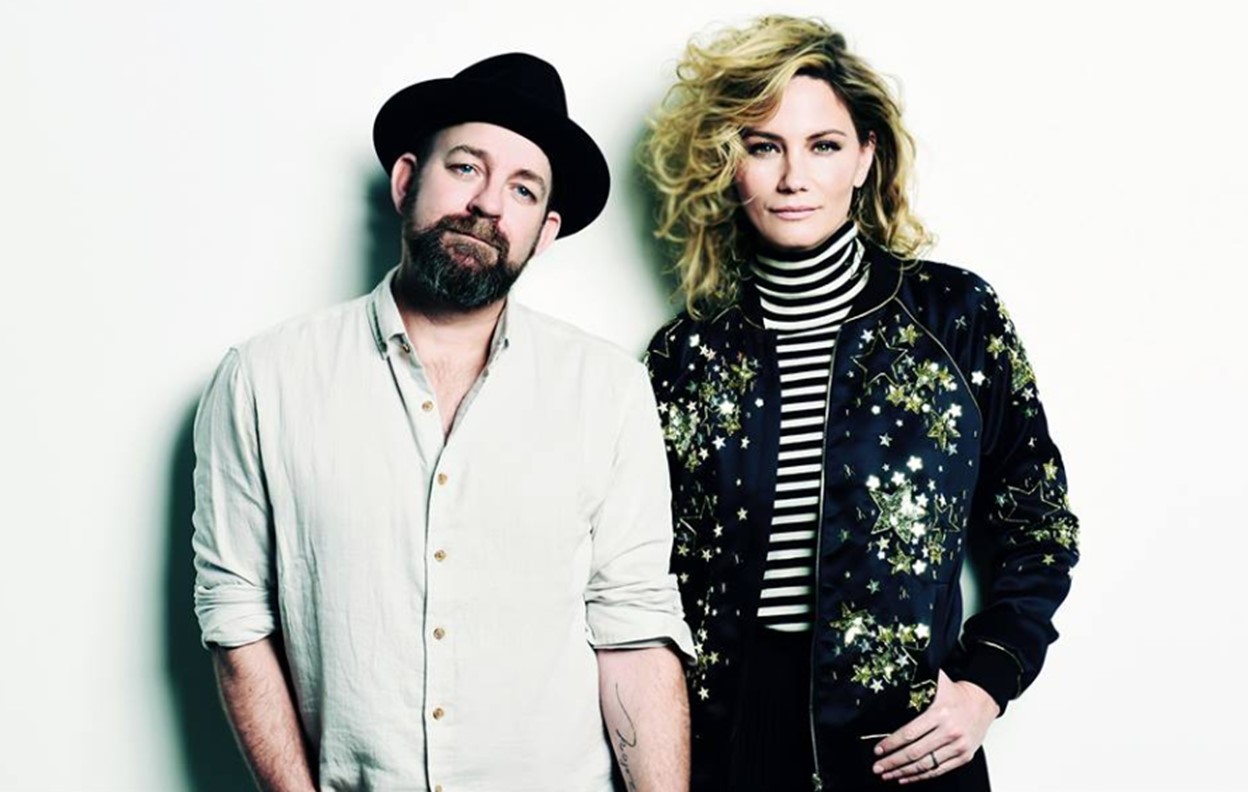 Sugarland can finally talk about the aftermath of 2011's Indiana State Fair stage collapse. Watch the duo open up about the tragedy here.

Country music duo Sugarland will never forget the tragic event that took place on August 13, 2011. That’s the day the stage at their outdoor concert at the Indiana State Fair collapsed and killed seven people while also leaving dozens injured.

“It’s all big to take in. Thankfully, we are in a place now where we can be human about it. At that time, we weren’t allowed to talk about it,” Jennifer Nettles candidly shared during ABC’s “Country Music’s Biggest Stars: In the Spotlight with Robin Roberts” special, which aired on Sunday night. “That was very challenging because we weren’t able to be human about it for our own protection, just because of the nature of the legalities.”

After the stage collapse was fully investigated, Kristian Bush received a box full of the band’s instruments that were destroyed in the accident.

“I opened up the cardboard box that came to the front door, and I realized what it was after I had totally torn out the stuffing of whatever the protective stuff was, and I was like, ‘Oh.’ It just — I couldn’t take it,” Bush expressed about discovering the heart-wrenching contents of the package.

While Bush got emotional, his daughter Camille helped him through the tough moment in a touching way.

“I just left the box there, and she, my daughter, is some sort of angel person. She pulled the stuff out, and there were these broken pieces. She’s like, ‘Look Dad, I can make something awesome out of this,’ and it was a big old peace sign on the floor,” the artist reflected.  “I was like, ‘Of course they will save us. Our children will save us.’”

While the country stars privately processed their grief, they found much needed healing through music and performing.

“You have to understand, this was something that we all experienced together. We had crew who were injured,” Nettles explained. “The whole thing was quite traumatic, and even recently on this tour [Still The Same Tour], we did an outside gig. And it was very rainy, and it was very, very windy. And I had basically a PTSD moment where I just like … I grabbed [Bush’s] hand and just drew him over to the side and said, ‘I am like, freaking out right now, so I have to get this together.’”

Watch “Country Music’s Biggest Stars: In the Spotlight with Robin Roberts” below and catch Sugarland’s segment at the 4:24 mark.

Share this closer look at Sugarland with other fans!

Granger Smith’s Wife, Amber Emily Barlett Smith, also hails from the fine state of Texas. Granger Smith is a country music artist from Dallas, Texas and has been crossing over into mainstream country music for the past...
Country Fancast 19 hrs ago

Country music superstar Jason Aldean and wife Brittany’s son Memphis Aldean just turned 2-years-old and is already very aware of the ladies! Watch the little dude go from playing on the beach with his mom to waving at...
CountryFancast: Country Family 21 hrs ago

Country music star Brett Young‘s baby girl was born on Monday, October 21st in Nashville! The artist and his wife Taylor Mills Young named their first child Presley Elizabeth Young.“Taylor, my wife. You are a...
Country Fancast 21 hrs ago

Lady Antebellum star Hillary Scott’s husband, Chris Tyrrell, got her attention back in 2010 while on tour with Tim McGraw and popped the question not long after they started dating. Their love story has been quite the...
CountryFancast: Relationships 22 hrs ago

Country music star Sam Hunt and wife Hannah Lee Fowler first became an item over ten years ago, around the time Hunt graduated from the University of Alabama at Birmingham in 2007. The pair’s on-and-off-again romance...
Country Fancast 22 hrs ago

Country music superstar Jason Aldean is currently on his We Back Tour with special guests Morgan Wallen, Riley Green, and Dee Jay Silver on the winter leg. In addition to his tour crew, the Georgia native is joined by...
Country Fancast 22 hrs ago