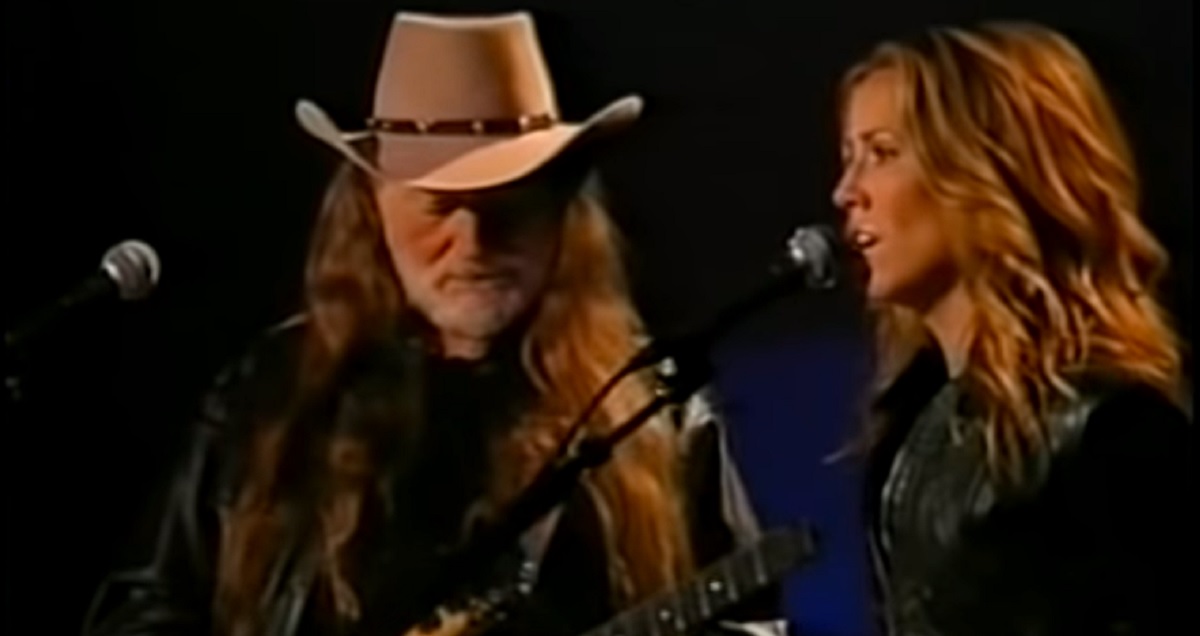 Sheryl Crow and Willie Nelson have collaborated together on several songs...watch them perform "Lonely Alone" here ....

Sheryl Crow and Willie Nelson go way back on working together.  On June 16, 2002, Willie Nelson and Sheryl Crow appear on “CMT Crossroads” that was taped the previous month on the Sony Pictures lot in Los Angeles. In addition to their own material, they offered a duet on the Johnny Cash & June Carter classic “Jackson”.

The duo has collaborated together on several projects including Sheryl’s song “Lonely Alone”.   Sheryl released this song in 2019 for her album “Threads”.

“I wrote the song, ‘Lonely Alone,’ with Willie in mind,” Crow said in a statement. “It’s was written as kind of a barside cowboy noir with romantic Spanish inflections, but the song has taken on new meaning during these times. I hope people find the same comfort in this song that I have always found in Willie. I never feel closer to home than when I am singing with him — I know a lot of people feel the same way, even if they’re just singing along with him on the radio. I felt that this was the perfect song and the perfect sentiment to celebrate Threads with.”

Watch the duo perform “Lonely Alone” and see the written lyrics below.