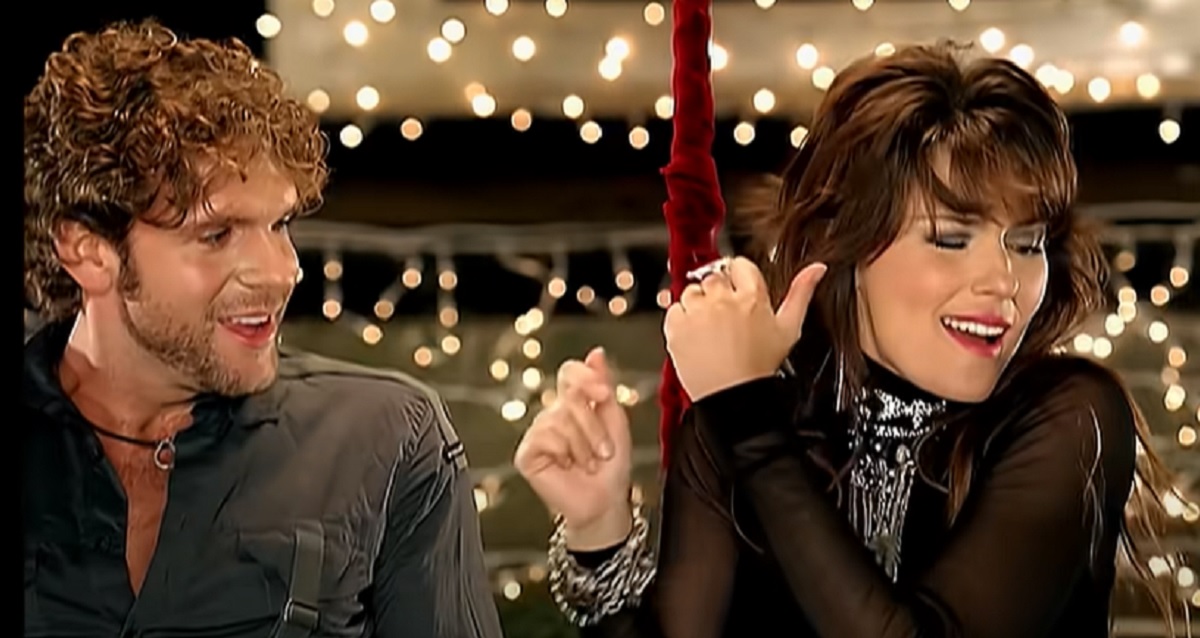 Enjoy watching the Shania Twain "Party For Two" music video where she swings from the chandeliers with fellow country singer Billy Currington . . .

The Shania Twain Party For Two song was released as the lead single from her Greatest Hits compilation album.  “Party for Two” was recorded as both a pop mix with Mark McGrath and a country mix with Billy Currington. The song was released to country, adult contemporary, and mainstream pop radio formats.  We included both music video versions below.  This song reached #7 on the Billboard Hot Country Songs chart.

Shania Twain was born August 28, 1965 and this music video was shot in London, UK, in the South Kensington area on August 28 and 29 of 2004.  So the music video was filmed on Shania’s 39th birthday.  The country music version of the video debuted on CMT on September 27, 2004.  The Official Music Video for the Party For Two country music version was remastered in high definition and performed by Shania Twain and featured fellow country music artist Billy Currington.  The video shows Royal Albert Hall and was directed by Marcus Raboy.   The video shows Twain walking around town handing out invitations to movers, a waiter, and an artist, to help her get ready for her “party for two” later that night. At the party, Twain and her guest end up swinging on a chandelier and smashing plates.

The song was written by Shania Twain and her then-husband at the time Robert John “Mutt” Lange.