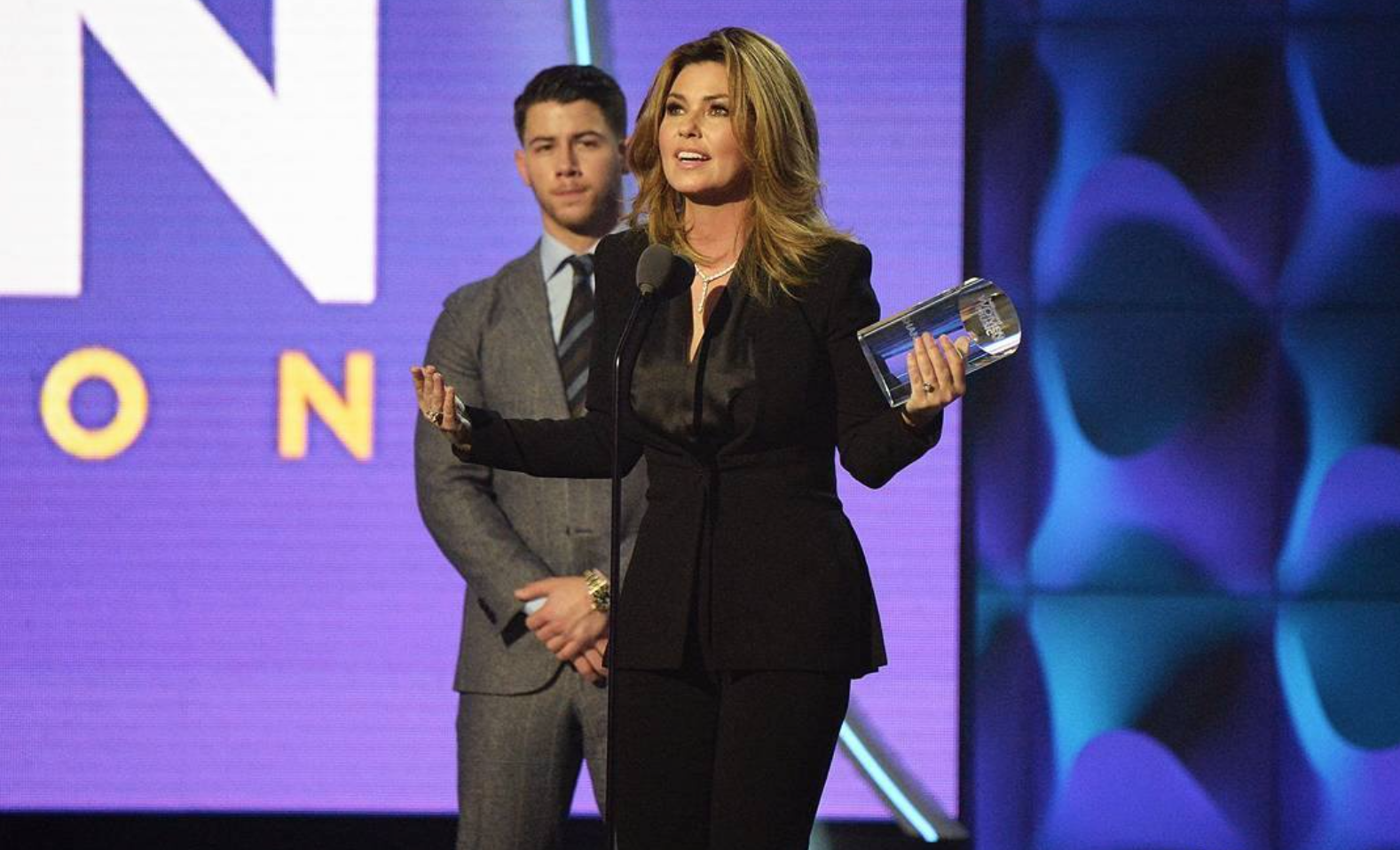 Former teen heartthrob Nick Jonas, 24, has been harboring big ol’ crush on country music icon Shania Twain, 51, since childhood. Just imagine what Nick was thinking when he presented her with the ‘Icon Award’ at the 2016 Billboard Women in Music ceremony on December 9th.

While presenting the singer with the award, Jonas joked “To all the mean kids at school who made fun of me for singing ‘Man! I Feel Like a Woman,’ suck it — I’m getting a hug.”

The flattered songstress acknowledged Nick’s affections during a red carpet interview with Entertainment Tonight and went on to say, “I’d love to  [collaborate with Nick]. I’d love to do that. I think that’d be a really fun thing to do.”

Check out their special moment below!

Later, a gracious Shania went on to compliment the young entertainer via Twitter.

. @nickjonas The perfect gentleman. Such a pleasure getting to know him better. @billboard's #WomenInMusic – tonight, @lifetimetv 9pm ET 📺💜 pic.twitter.com/ho3wLpGEmz

Nick Jonas also posted a photo on Instagram with the caption, “That moment when your lifelong crush knows you exist.” With it, a picture of Shania Twain caressing his face. His expression is priceless.

Another one… That moment your lifelong crush knows you exist… #stilltheone photo credit: @kevinmazur @gettyentertainment

Shania sweetly respond to this post with “Such a pleasure to accept the Billboard honour from you. Excited to see your Shania cover band anytime!”

Okay, this is an adorable exchange. Besides Jonas, Canadian rapper Drake, 30, is also infatuated with the icon.

According to The Tennessean, Drake gave a special shout-out to Shania during his Nashville concert back in August. “I grew up a fan. I just want to say that, like, Shania Twain came to my show tonight, you know what I’m saying, Nashville? So this next set, right here, I’m doing this for Shania. This is my love set for Shania, right here.”

Sorry guys, Shania’s heart belongs to husband Frédéric Thiébaud— but we do hope for some awesome future musical collaborations!

Don’t forget to share this with other Shania Twain fans!