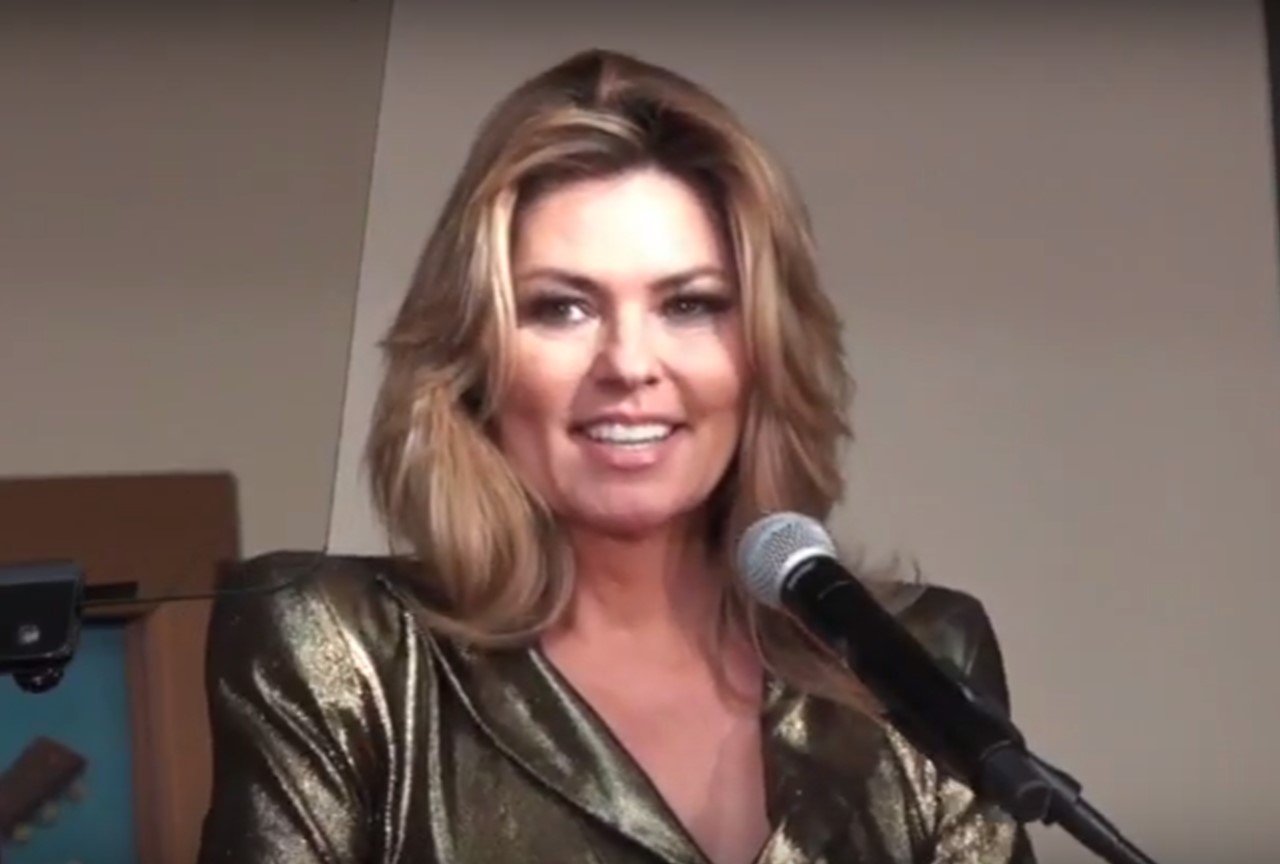 Canadian country music superstar Shania Twain‘s brand new “Shania Twain: Rock This Country” exhibit at Nashville’s Country Music Hall of Fame and Museum is set to open to the public on Friday, June 30th and remain open through July 15, 2018. On Tuesday, the songbird previewed the dazzling installation which contains an assortment of outfits and memorabilia that illustrate her meteoric rise on the Nashville scene.

During her remarks, Twain opened up about her unpolished early days as an aspiring artist in a new city— including her swearing like a lumberjack habit and being a little bit hyperactive. She also touched upon the fact her parents were no longer alive when she made her big jump and she had to seek out a new support system in Tennessee.

“I had no parents to call to say, ‘It’s not working out,’ or ‘Can you send a bit of money?’” the singer-songwriters shared while commenting on her early supporters in Music City. “I had no one to fall back on. And my new family was the future and whatever I made of that future. And my beginnings were humble and very difficult, but they prepared me for standing alone.”

Despite their painful divorce, Twain also candidly shared that she was fortunate to have worked alongside her ex-husband and former producer Robert “Mutt” Lange throughout her early career.

“He gave me all kinds of freedom and respected my opinions,” Twain stated. “And I grew in that period. But when that fell away, I was alone again and I didn’t know where to begin. … So I went back to square one and figured finding myself alone wasn’t such a bad thing. And maybe it was an opportunity to reacquaint myself with independence and test that independence and get back in touch with where I started, which was making my own way in life.”

As previously reported, Shania’s first new album in fifteen years titled Now is scheduled to be released on September 29th. During the event, she spoke upon her return after a long span without new music and shared that she looks forward to reconnecting with her loyal fans.

“I didn’t really appreciate the fans the way I do now,” she admitted. “When I’m in concert, I see them as a lifeline and as people I understand and the people that I write the music for. So on this new album ‘Now,’ I’m not rushing on to the future. I’m not running away from the past. I’m not apologizing for the past. I’m acknowledging the crappy times and saying, ‘You know, I wouldn’t be here without them.’

“My only regret in all of it is that my parents are not here to see it,” she confessed towards the end of her time at the podium.

Be sure to share this Shania Twain update with other fans of the star and don’t miss checking out her display in Nashville!